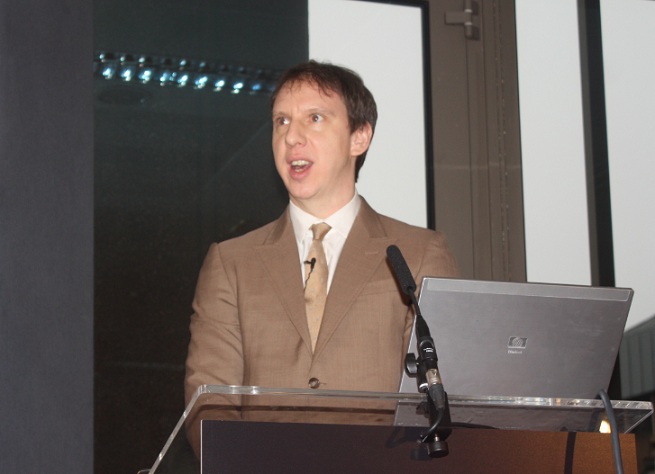 When Facebook announced recently the first real-money gambling game on the social network in the United Kingdom, it was a big occasion because it opened up a potentially huge source of revenue. But few outside the immediate business had ever heard of Gamesys, a social casino and real-money gambling company in London, which earned the distinction of being the first company to pioneer online wagering on Facebook.

Real-money gambling could generate considerable revenue for Facebook and other social gaming companies as regulations loosen around the world. So Gamesys hopes to have the jump on big companies from Zynga to PKR (makers of online poker) as it conducts its first real experiment with gambling with Facebook’s audience in the U.K. 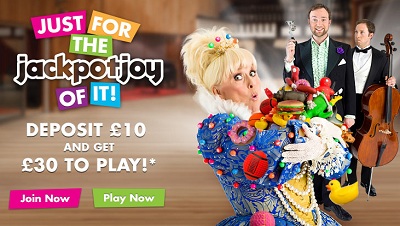 Gamesys launched its real-money gambling app, Bingo Friendzy, on Facebook in August. The result so far is very positive, said chief executive Noel Hayden (pictured above) in his talk last week at the Social Gambling Conference in London. Gamesys will get more competition over time, as Facebook authorizes more real-money gambling games on its platform in places where it is legal, such as the U.K. At some point in the future, U.S. online real-money gambling could be legalized, according to bullish investors.

“The players that we have converted [from free to play to real-money paid gambling] are high-value players,” he said. “The social players are more valuable than our standard real-money players.” Real-money gambling games can be very lucrative, generating $500 a month from a paying player, and word about such games can spread very rapidly among friends on Facebook.

“We’ve been thinking about these things for a long time,” Hayden said. “We’re excited because Facebook has so many rich viral features, amazing targeting — it’s unbelievable the targeting you can do. We’ve all had refer-a-friend features in our games, but Facebook enables refer-a-friend on steroids.”

The key advantage on Facebook is that members don’t normally trust ads but look favorably on referrals. So if your friend recommends that you play a real-money gambling bingo game on Facebook, you’re more likely to do it.

Hayden started the company in 2001 with Robin Tombs, Andrew Dixon, and several developers. In 2003, they launched the Jackpotjoy web-based casino game, which had both free-to-play title and pay-to-play versions. On its first day, the game generated £35 in revenue.

“I was absolutely delighted,” Hayden said. “Back in those days, I was doing all the support calls. I was doing chat hosting in bingo. I printed the games of the winners and was writing checks to them manually.”

The company launched a real-money online gambling version of bingo. It has provided its version of bingo under license to a variety of brands, such as Lycos, Ryanair, News International, Orange, and Harrah’s Entertainment.

Eleven years later, Gamesys has more than 700 employees. In 2011, the company took more than 3.2 billion real-money gambling bets from players, and it generated £125 million — $198 million in U.S. currency — in revenue.

“I’ve got some seriously great people in the business and things are going well,” he said. “In 2008, we started to notice a lot more of our players spending time on Facebook. So in 2009, we decided to start our social gaming division,” which made non-gambling freemium games (where users play for free but may pay real money for virtual currency).

Gamesys tried out Facebook by launching a social city-building game, but it didn’t do so well because Facebook had scaled back on the viral messages that games could send out to people on the network, largely because of too much game spam going to those not interested in games. The city-builder failed, but Gamesys learned a lot about the need to continuously update a game.

“You have to be constantly adding features and that creates a huge added cost for a team,” Hayden said.

Hayden said that non-gambling social gaming companies had the advantage of speed and agility over the traditional online gambling companies. They can, for instance, make use of analytics and act upon them in short order to change games to better suit users.

“I thought cash gaming moved quickly, but social gaming was moving at light speed,” Hayden said. “You can move really fast with the right team. … It’s about the science and the creativity coming together. You have to do all this stuff really fast to compete with the San Francisco dudes.”

He visited San Francisco to visit the social gaming ecosystem and understand the business better. That opened his eyes to the competitive landscape. Social casino gaming had its attractions because of no regulation, in contrast to online gambling, which has regulations such as putting limits on how much people can lose in a month of gambling.

With the new game, Gamesys “gets a single view of the customer, both on the freemium side and the real [money gambling] side,” Hayden said.

One difference between the games is that a freemium game can pay a lot more chips out to winners and reward them more frequently, while developers face limitations to how much cash you can give out in a real-money gambling game. So the games actually have to have different designs.

In designing social bingo games, Gamesys included features such as signing in again after an interrupted session and start back where the game left off. It also added pictures of Facebook friends on the game board so a player can immediately see who wants to play a round. Such features are typical in social games, but they’re relatively new for real-money online gambling games.

The Bingo Friendzy game had to be designed to fit in the Facebook Canvas, or the user interface that fits around a Facebook app.  When someone wins a round, it’s treated as a huge deal, with all of the appropriate fanfare. That’s a big part of the fun factor that social gaming companies have executed better than real-money gambling firms, Hayden said.

The Facebook gambling game works well in a social context because it gives you bigger payouts if you play with multiple friends. That encourages people to play together. Friends can take videos of game sessions and put them on YouTube. And that leads to more notifications going out about how your friends are playing a particular game on Facebook.

“You get tons of impressions going out in all kinds of ways,” he said.

Gamesys also created Slot Friendzy, a slot machine game as another addition to the bingo game. One of the unique things about Facebook is that it uses real names. When you’re gambling, you don’t necessarily want everyone in the world to know it. So the app has to get your permission before it posts that you won ten pounds in a bingo gambling game.

“You have to really think carefully about the type of content you are sharing and promoting,” Hayden said.

As far as what is coming next for Gamesys, it is soon launching a free-to-play social gaming title called Here Be Monsters, a mashup of a social farming simulation and a Pokémon-like monster collection game. It has worked on the game for the past 18 months and plans to launch it in 2013.

The conference organizers paid my way to London, where I gave a speech. Our coverage of the event remains objective.