I’m going to assume that Rockstar Games and its parent company Take-Two Interactive are not going to tell me how much Red Dead Redemption 2 cost to make.

In the works for seven years with a team as high as 1,000 developers, artists, designers, writers, and more, it could very well be the most expensive game of all time. We’re probably not going to find out what the budget was, but indulge me, if you will. (If Rockstar tells me how much it cost to make, that would simplify things and I will notify you; Take-Two reports earnings on November 7, but they won’t likely address this.)

We only have a few tidbits of information from Rockstar, which shared some details as it tried to defend itself from allegations that it forced employees to work overtime in order to finish the game. Jennifer Kolbe, head of publishing at Rockstar, said in a statement to GamesBeat this week that the company logged 67,000 employee weeks this year, and only 20 percent of the people had to work more than 60 hours in a week, and only 0.4 percent of the time was for people who worked more than 80 hour weeks. Strauss Zelnick, CEO of Take-Two Interactive, told us earlier this year that the company had 4,200 employees across 17 studios, including Rockstar’s people.

If those numbers are grounded in reality, then we could take a stab at figuring out how much it cost to make the game, if only for the fun of it. I think the result will be instructive, like how much it costs to make interactive entertainment in comparison to how much it costs to make blockbuster movies. Once we start thinking about these kinds of numbers, we’ll begin to appreciate just how big a business Rockstar — and the video game industry — have become. 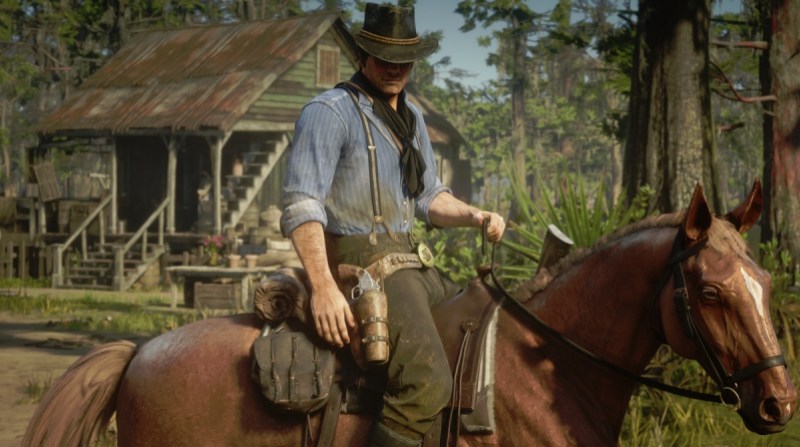 Red Dead Redemption 2 has been in production for seven years, but we’ll figure it didn’t require much of a staff for a couple of years as they conceived the design and the team ramped up.

So instead of seven years, we’ll multiply by five years. That gives us 6,442 employee years. To get to the total cost of paying employees who worked on the game, we’ll have to multiply it by the average salary that these teams received. Since Rockstar has studios spread throughout the world, it will be hard to figure out this cost. But I’ll make a big assumption and say that the average Rockstar salary and associated healthcare costs for the company are about $100,000 a year.

So 6,442 employee years times $100,000 a year gives us a total development cost of $644.2 million across the seven years it took to make Red Dead Redemption 2. I am pretty sure that this is red-dead wrong, because I have no idea if my assumptions are close to the mark. If we look at other costs, Rockstar is probably spending something like $300 million in marketing spending on the game. Again, I have no idea how close to the mark I am, but let’s just say that brings the total cost of making and marketing Red Dead Redemption 2 to $944.2 million.

One report said that the estimated cost of making Grand Theft Auto V was $265 million. Obviously, Rockstar has leveled up its game when it comes to pouring more resources into its biggest projects such as Red Dead Redemption 2. I might add that it is an absolutely amazing game.

And will it make money? 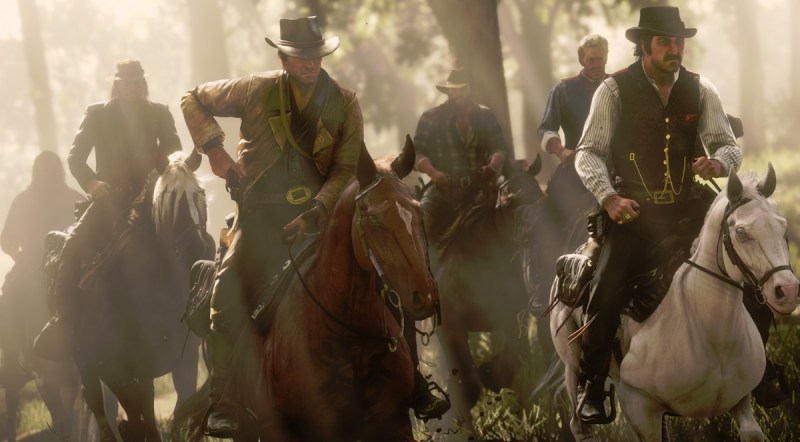 We know that Red Dead Redemption 2 is not going to be in the red.

Now let’s look at the revenues that had to finance that game. We’ll assume that Rockstar financed the whole thing itself, rather than its parent company Take-Two Interactive. If you look at the revenue generated from the original Red Dead Redemption, that would stand at about 15 million copies sold. If you multiply that by $40 (assuming the usual price of the game is $60, but many of the games were sold at a discount to that peak price, and there are distribution fees), then you get $600 million in revenue on maybe $300 million in marketing and development costs.

Rockstar also had a lot of revenues from Grand Theft Auto V, which sold more than 100 million copies. Multiply that by $40, and you get $4 billion in revenue. Maybe the marketing costs were $500 million. So Rockstar had something like $4.1 billion in cash to spend on the development of its next major title. I’m not even counting revenue yet from GTA Online, which regularly generates item sales revenue for Rockstar. (Analyst Michael Pachter of Wedbush believes it peaked at $125 million per quarter, and it is about $100 million quarter now). So maybe Rockstar spent $600 million to make Red Dead Redemption 2. It may spend $300 million to market it.

That means Rockstar might only have $3.2 billion left in the bank. And if Red Dead Redemption 2 sells better than the first title, say maybe 25 million copies, then Rockstar could get another $1 billion out of Red Dead Redemption 2 sales. That means that Rockstar will have something like $4.2 billion in the bank, after it covers the costs of making Red Dead Redemption 2. We know from a lawsuit from former GTA V leader Leslie Benzies that top leaders could get a bonus of $150 million. In this case, maybe a couple of the big guys will get that, accounting for another $300 million in costs for the leaders. To put these numbers in perspective, James Cameron’s Avatar film, the No. 1 movie of all time, generated $2.7 billion in box office revenues on a budget of about $237 million. Not counting GTA Online and Red Dead Online revenue, Rockstar could have $3.9 billion in the bank.

I haven’t seen the revenue figure associated with the ongoing miracle that is GTA Online. And Rockstar has also said that it will launch a Red Dead Online game, and we can assume another version for the PC is coming. Those entities are going to be very useful in financing further blockbuster games. Rockstar itself could very easily double the size of its teams yet again, (as Kolbe said they did on Red Dead Redemption 2) and still come out with plenty of money to make its games.

If you want to play at the highest level of the industry, and if you want to compete with the likes of Rockstar, this is the kind of money you have to put down as your ante. This is a high stakes game of poker. And, to mix our metaphors, you don’t want to bring a knife to a gunfight.

It’s safe to say that Rockstar will make money from Red Dead Redemption 2. I know that Rockstar demands a lot of work from its employees. I sure hope they give their workers the bonus of a lifetime.

Another view: Michael Pachter, analyst at Wedbush, offered this alternative view which would have very different numbers: “There are probably 200 full time equivalent employees working on the game, and that has been the case for 8.5 years. At $100,000 per employee, that’s $20 million a year times 8.5 years, equals $170 million.”

He added, “Parts of 1,000 employees worked on it, but not to the exclusion of all else. Take-Two’s capitalized software balance is $733 million; that’s the amount they’ve spent on all games that are under development but haven’t yet come out. That includes Borderlands, any new 2K games, some of the Private Division games, and all Rockstar games in development (Max Payne, LA Noire, Midnight Club, possibly Agent, Bully, Manhunt). No chance Red Dead Redemption 2 is 80 percent of the total, but it is likely 25 percent.”

[Updated 10:59 a.m. 10/30/18: Rockstar noted that all of the people who contributed to the game are listed on this site. There are around 2,800 names there. Obviously, not everyone worked on the game for seven years.]