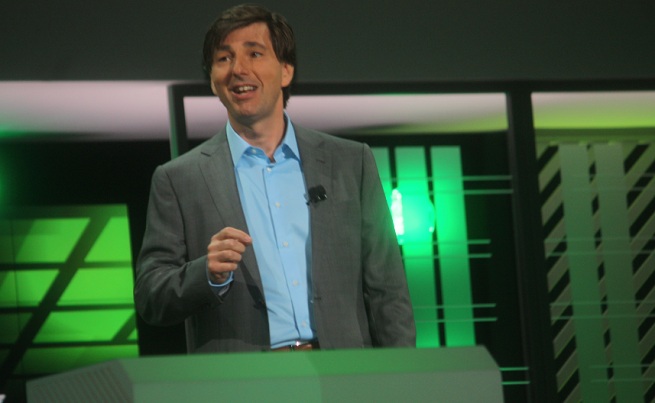 LOS ANGELES — The folks at Microsoft must have been thinking about bigger targets like Comcast or Disney. Because when they weren’t looking, Sony came back and stole away the hearts of gamers at the 2013 Electronic Entertainment Expo in Los Angeles this week. Microsoft was the undisputed leader in gaming moving into a new generation of consoles, but Sony reminded everyone that we’ve got a real console war this time around.

Sony’s message was simple. In a 30-second commercial, it can simply say that its box is for gamers and is cheaper. Microsoft can argue that it has a better deal, but it might take a 30-minute infomercial to get that across. 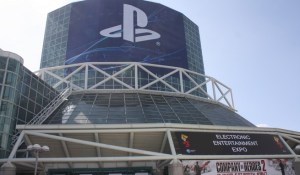 Starting with its Xbox One reveal on May 21, Microsoft made some serious miscalculations. It took some controversial positions on consumer rights issues related to used games, privacy, and requiring an always-on Internet connection. It may have had good reasons to do so, but the publisher wasn’t prepared to talk about those reasons in the way that it should have. It also didn’t talk much about games. Instead, it showed how the Xbox One worked within a larger system that could manage all of your entertainment.

Gamers reacted negatively. And Sony seized the opportunity. Kaz Hirai, the chief executive of Sony, said that Sony’s focus this time around with its upcoming PlayStation 4 was on gamers. The company would target its box at them to get it established in the home, and then it would deliver its broader entertainment message to scoop up the mass market. Microsoft, by contrast, made architectural decisions that suggested it wanted to go for the mass market first.

Just before E3, Microsoft tried to defuse the consumer rights issues by announcing its somewhat complicated stance on used games — it would not charge fees for them, but publishers could, and it would limit a owner’s sharing rights through digital rights management.

At E3, it got worse. Microsoft’s Don Mattrick, head of the game business, went first and announced its price at a high $499 and showed off its games. Then Sony’s smackdown began. Jack Tretton, the chief of Sony’s game business in the U.S., got a roar of applause when he announced Sony would permit consumers to buy and sell used games without restrictions. (Nintendo articulated the same policy). And then came the second big blow: Sony would sell the machine at $399, a full $100 below Microsoft’s price.

Microsoft was reeling. While its box may be as capable as Sony’s, and its policies not that far apart from its Japanese archrival, perception is what matters. At E3, Microsoft made a safe, comfortable bet and took an arrogant stance toward consumers. It could recover from that, but it would take a huge amount of marketing dollars to do so. It would be better instead for Microsoft to retreat sooner, change its policies, and match Sony’s price.

You could make a comparison to the grocery business, where high-end grocers tout their services, quality, and ethical buying practices to try to compete with Walmart. But consumers flock to Walmart because of its lower prices. They don’t have the patience to listen to a complicated marketing pitch, especially when someone else is simply offering a cheaper deal.

Sony isn’t bundling a Kinect-like motion sensing system in its box like Microsoft is, leaving out a system that may be valued at $50 or more. Microsoft does have a camera, and it dedicated a considerable amount of the silicon in its box to Kinect and instant switching between applications. But it failed to show the value of that system at its press conference. Marc Whitten, chief product officer at Xbox, acknowledged that this was a mistake.

Sony is also charging for multiplayer this time around on its PlayStation Network, much like Microsoft does with Xbox Live. And Sony acknowledged it will permit game publishers to charge consumers fees for used game sales if they so wish. So the differences aren’t that big. But Sony is going to do all it can to push the winning message: Its box is for gamers, it favors consumer rights, and its box is cheaper.

Microsoft could spend a billion dollars arguing why that isn’t so, but it should simply match Sony on those points.

Some of that is easier said than done. Microsoft put three operating systems in its box so that it could enable gamers to multitask their games with Skype calls and TV services. But that takes memory away from the games. Sony did not do that with the PS4. Microsoft included Kinect as a fundamental part of its system and  took away some of the processing power away from games. That may not matter too much, as Sony and Microsoft share the same chip technologies from Advanced Micro Devices. Microsoft says it can also tap the cloud for processing power through what it calls “cloud processing.” That essentially makes up for any shortfall in the game console by offloading tasks to web-connected data centers.

The jury is out on whether that will work, but Sony has not articulated the same message, and it may help Microsoft equalize the hardware battle. But that argument is an exceedingly difficult one to convey, even to gamers.

“The hardware is essentially the same,” said Brian Fargo, the head of InXile Entertainment. “This is a war over business models.”

Because of the choices it made, Microsoft is now on the defensive. It can easily change its positions. And it should do so fast, or else it could undo all of the work it did in the Xbox 360 generation to show that it could truly be the favorite among gamers.