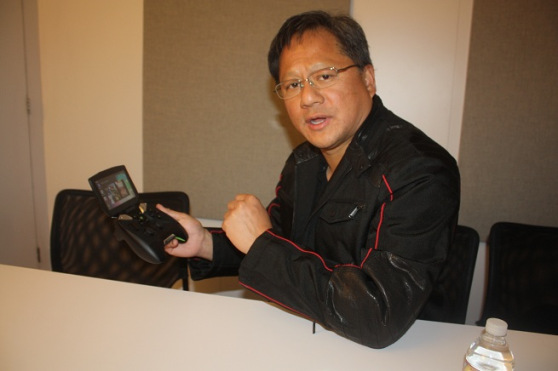 Nvidia grabbed a lot of the coveted media attention this week at the Consumer Electronics Show in Las Vegas. The world’s biggest standalone graphics-chips company announced it would make Project Shield, a portable game system that can run Android and Steam PC games on a 5-inch screen or via an HDMI cable on a television screen. Nvidia will make and sell this system itself, turning its traditional partners into competitors.

It’s a bold move — the kind that Microsoft made when it decided to move beyond software into hardware. This kind of transition from making components to designing fully integrated products is becoming more common. It happens when a company has either been disrupted or plans to disrupt others. The pros in this case outweigh the cons, but Nvidia will have to make a lot of trade-offs as it enters this market. 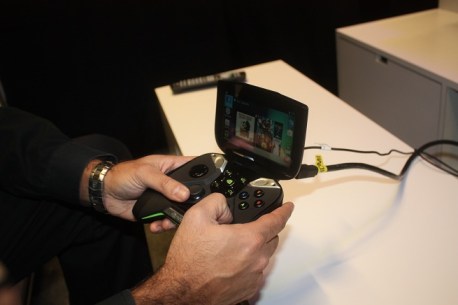 Whatever happens, Nvidia has an interesting chance to change the market with an open system that lowers the cost of gaming for consumers. The $60 console-game companies haven’t embraced free to play or cloud technology in a big way yet. By bringing free or 99-cent Android games to the TV, Nvidia may very well disrupt the $60 club. At the same time, Nvidia needs more exclusive content to launch its machine successfully. Android and Steam games alone may not be big sellers.

Deciding to move into integrated hardware is not something that a component maker does lightly. Nvidia will be competing with companies that are or could be its potential customers or partners, like Sony, Nintendo, and Microsoft. Those customers won’t be happy though they may still be forced to partner with Nvidia in other areas. Jen-Hsun Huang, the chief executive of Nvidia, pondered the issue for seven years before he finally went public with it. Only when you have a chance to disrupt a market is a strategy worth it.

The good thing about Nvidia’s overall strategy is that it is creating supercomputing graphics technology and integrating its graphics into big data center servers. Those will be useful to all providers of cloud gaming services, and Nvidia is ahead of its rivals in this aspect. So while some potential customers won’t like Nvidia competing with them, they may very well be forced to ally themselves with Nvidia when it comes to the cloud, which also happens to make Project Shield a lot more viable as it provides games directly to the device. As such, this is not just a game device. It is game device with access to a load of cloud-based services and games.

The devil is in the details

It’s not the kind of move you want to make out of weakness. Microsoft has tried to move into tablets for years, and it finally made its own Microsoft Surface tablets with the debut of Windows 8. But that move seems defensive — made out of weakness in the face of competition against Apple. Nvidia has pretty much lost out to Advanced Micro Devices in the race to supply chips to next-generation consoles. In that respect, Nvidia has made this business decision from a weak position, too, but it also has nothing to lose.

Nvidia has probably lost some trust among its partners and customers. How do they know that Nvidia won’t compete head-on with them? Then again, this is an age of “co-opetition,” where many companies are both competing and partnering with other large tech companies at the same time.

The tough challenge for Nvidia will be marketing since it has very little elbow room in a crowded market. Rivals such as PowerA (the maker of the Moga controller) and Green Throttle Games (the creator of an upcoming Android game controller) will be selling their products for a lot less. How will Nvidia convince customers to pay a lot more for its device?

JJ Richards, the head of marketing on PowerA’s Moga mobile-gaming controller marketing team, doesn’t think adding the screen to a controller will add much value, and he notes that it entails a lot of cost. But Huang doesn’t think anyone will want to buy a controller to play games only on an Android phone or tablet partly because the gameplay will drain the battery life of the device. No consumer would tolerate that. Also, a phone-controller combination would be too top heavy, he said.

Some big advantages that outweigh risks

But the timing seems good for Nvidia. Nintendo’s Wii U and Microsoft’s Windows 8 have debuted, but they don’t seem to be setting the world on fire. Sony and Microsoft aren’t expected to launch new game systems until the second half of 2013 at the earliest. Nvidia will have cool new hardware driven by its new Tegra 4 chip, which has four computing cores and 72 graphics cores. Smaller rivals are launching in the spring, but Nvidia will be the biggest one.

Nvidia’s edge over the smaller rivals is in the support it already has from developers. The company has established Tegra Zone as a collection of Android games that best exploit its Tegra chips. Other game devices die for lack of developer support. But Nvidia has built Tegra Zone for this purpose over a couple of years. The question is whether it will have a lot of exclusive content. It probably will.

The challenge is that Nvidia is going into areas where it has little experience, such as mass-market customer support and heavy-duty marketing. Nvidia also lacks the kind of design expertise that makes consumers lust after a new tech product. Some observers have reacted with disdain to the system’s design and wondered why it has a tablet that can’t be detached. (Huang says the device is a dedicated gaming machine, not a multifaceted product where you will want to use it as a tablet; as such, it makes sense). If Nvidia gets one aspect of the design wrong, you can bet a competitor will get it right.

The solution might be too clunky for some consumers. Right now, Nvidia has to attach the Project Shield device to a TV via an HDMI cable. That means it isn’t as untethered an experience as gamers would like. It’s too bad that wireless technologies such as 150-megabit-per-second 4G are too immature to allow for a wireless connection to the TV. But when you hold the device in your hand, it doesn’t seem nearly as silly as critics have made it out to be.

One of the key features of Tegra 4 is its support for 4K video and 4K games. But there is very little 4K content out there. This feature adds costs, but it may not gain any new customers for Nvidia. Anand Shimpi, the head of tech analysis site Anandtech, said he doesn’t fault Nvidia for including this feature because somebody has to drive the 4K ecosystem forward. He said that someone should stand up for PC games, which are the most graphically beautiful. But he isn’t so sure that Android developers are up to the challenge of producing mobile games that people really want to play on a TV. And if there is no killer content for Nvidia, then the Project Shield system will fail.

And what about the fact that the system can play titles from Valve’s Steam digital distribution service? Those games are made for the PC, and I haven’t heard much about PC gamers wanting to play their games on the TV instead of the PC. On top of that, Valve itself is expected to launch its own Linux-based open game console, dubbed the Steam Box. If that box takes off, will Nvidia’s take off, too? At some point, Valve’s success means Nvidia’s failure.

What we still need to know

Here are some questions Nvidia has to consider to make Project Shield a success:

Nvidia will no doubt be answering these questions as the spring launch nears. We look forward to the answers.