Samsung also had a big line of people waiting to view its Milk VR demo with its Samsung Gear VR headset, which uses an Oculus Rift with a Samsung Galaxy Note 4 smartphone. The Gear VR debuted last fall, and it has sold out. But it hasn’t produced a windfall for developers, as the content on the Gear VR is free for now.

Oculus VR released an Innovator’s Edition of its headset for developers in December to go with the Samsung Gear VR. And at the show, Samsung made a big splash about Milk VR, which is a service that has a collection of VR-oriented videos. They give you an experience of skydiving or riding in a jet. It is part of a strategy to bring a broader group of consumers into the VR experience, beyond gamers. 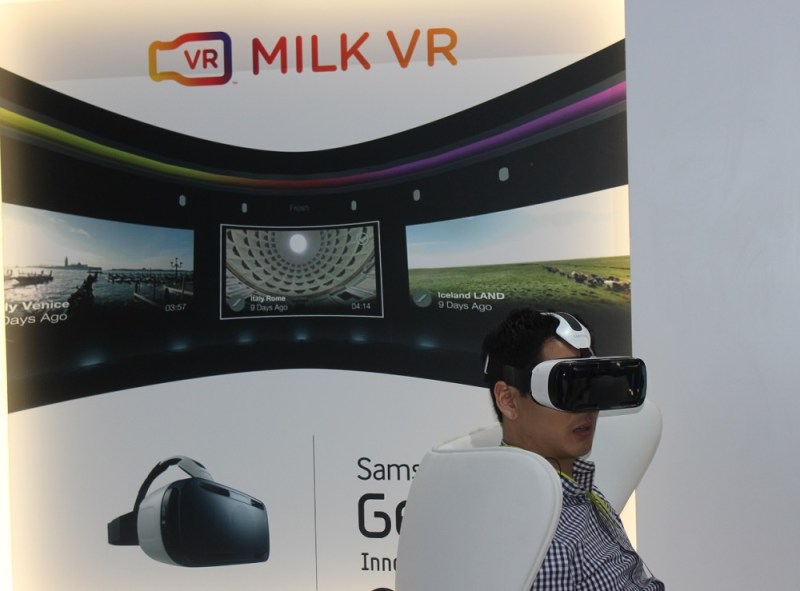 Above: Samsung showed Milk VR on the Samsung Gear VR at its CES 2015 booth.

Sony did not show its Project Morpheus VR headset, after making a big deal about it at a couple of events in 2014. Sony’s headset is head-to-head competition for Oculus. Valve, which is also exploring VR, also wasn’t at CES.

Sulon Technologies, a startup in Toronto, showed up to demonstrate Cortex, which uses a very different way of handling VR. Cortex uses a headset, but you are not confined to a small space as you are with the Oculus Rift. Rather, Cortex takes advantage of the entire room, creating “spatial gaming.”

Dhanushan (Dhan) Balachandreswaran, the CEO of Sulon, and investor Albert Lai showed me the demo. You wear a headset with goggles that cover your eyes. It then uses magnetic technology to detect the borders of the room. It can then take game imagery and virtually paint those images on the walls of the real room. So it’s like layering a fantasy world on top of the real world. After you put on the goggles, you can walk around the room, and it will seem like you’re moving around in the virtual environment. The room can be as big as you want it to be, as Sulon transforms the room by mapping a fantasy world on top of the real room. It works both indoors and outdoors.

The company’s vision is to create something like a Holodeck, a simulated reality facility from Star Trek. For now, the Cortex is pretty big, with a big ball behind the headset, which has some cool blue colors on its black screen. It has no wires, and it is a “wear and play” device that transports you into a virtual existence with minimal setup. It uses a proprietary spatial scanner to create its experiences, which are contextually aware. It’s faster than it was before, and it is a standalone system. But you can plug it into a high-end PC if you want to get higher-resolution imagery.

The demo wasn’t working well at the show because of all of the radio frequency interference from other devices. But I wore the headset and saw one demo where you could use your hands to pull apart or push together the pieces of an engine. It worked reasonably well, and it was quite cool to use my hands as the gesture-controlled system.

If Sulon and other rivals move fast enough, they might very well beat Oculus to market. If they create lousy experiences in their rush to market, some of those early entrants may poison the well by providing a bad experience for consumers.

“No one has poisoned it yet. What we have shown is it’s incredibly hard to deliver a great experience,” Mitchell said. “We’ve been working on Gear VR for over a year. We have a huge team working on the PC. We have 250 of the best engineers in the world eating, sleeping, dreaming VR. We have been iterating on this for 2.5 years. We have proven that it is hard to do right. Everyone else has proven it is easy to do poorly.” 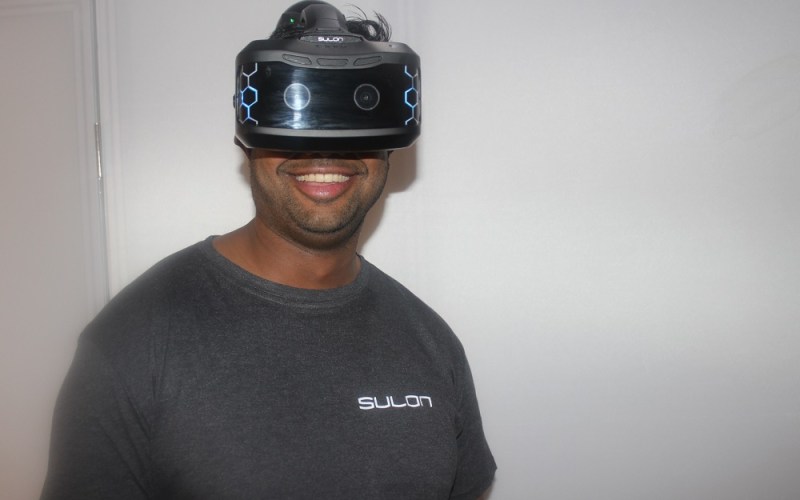 Above: Dhanushan (Dhan) Balachandreswaran, the chief executive of Sulon, at CES 2015.

Virtual reality isn’t the only way to make use of cool new personalized visualization technologies. Augmented reality is another opportunity, and it might be an equally big market.

As I noted last week, one of the cool new directions for games debuted at CES with the unveiling of Osterhout Design Group’s consumer version of its R-6S augmented reality smartglasses. The San Francisco company spent six years and $60 million refining its military and enterprise technology for the consumer market, and it’s finally ready to show off the R-6S. A consumer version of the glasses could hit the market this year for under $1,000. While it isn’t primarily for games, the sunglasses allow you to view high-definition video on the inside of the lenses of a pair of sunglasses. The possible applications include simple augmented reality games and 3D location apps.

This may not sound that exciting to hardcore gamers, but it fits with the trend of making gaming more accessible from any location. That trend is helping to expand the universe of gamers to many people would never otherwise play a game with a console and a game controller in front of a big-screen TV. The possibilities are endless, and VR and AR are getting more exciting. That’s what I learned at CES. 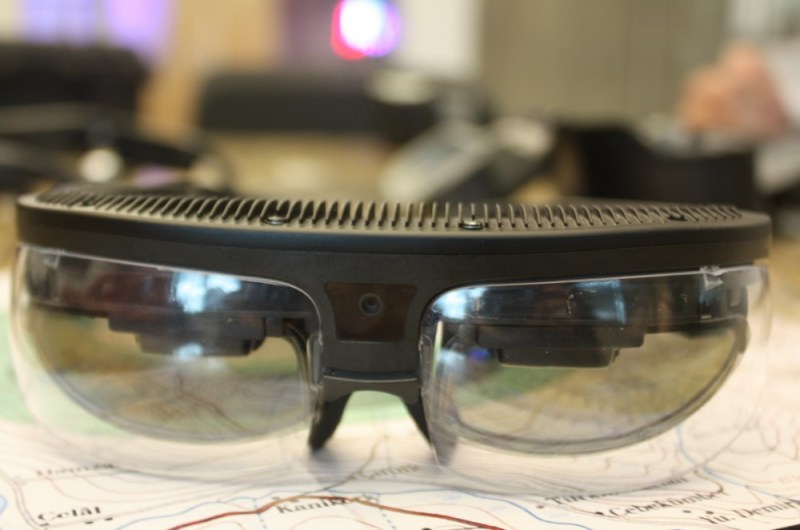