Carnegie Mellon University’s Entertainment Technology Center is a sprawling building on the banks of Pittsburgh’s Monongahela River. It attracts students from around the globe, and it is a primary source of talent for the city’s technology and game industry. And, quite symbolically, it is part of a 48-acre research park that was once a gigantic steel mill.

The ETC and the companies it has spawned are where the old economy meets the new, and it shows the kind of economic transformation that is possible in regions that were once described as the Rust Belt. It shows that you can create games anywhere, and you don’t have to be anywhere near Silicon Valley or Hollywood. In fact, as a region, it has some advantages for the startups growing up there.

“The joke about Pittsburgh is that it’s both the westernmost east coast city and the easternmost Midwest city, plus the northernmost southern city and the southernmost Canadian city,” said Jesse Schell, a professor at the ETC and CEO of Schell Games, which is housed in a beautiful riverfront complex that was once part of a train station. “But one thing that is nice, the costs here are much lower. You saw our studio. The average age is probably 29. More than 50 percent of them own their own houses, which I don’t think would be true out in Silicon Valley.” 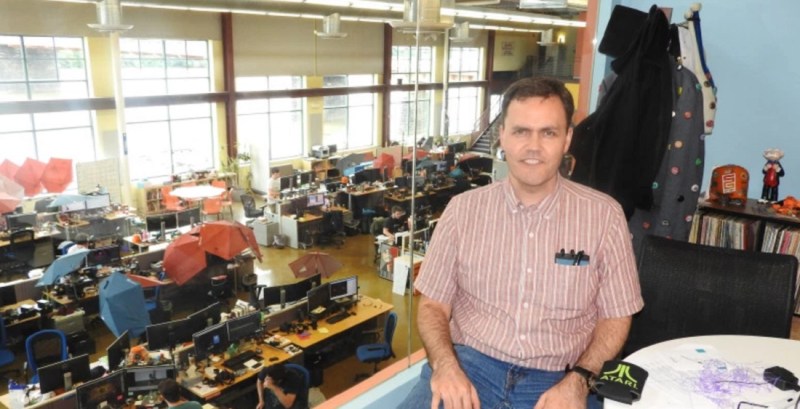 Above: Jesse Schell is CEO of Schell Games and a professor at the Entertainment Technology Center.

Schell’s company gets a lot of its new hires from Carnegie Mellon and the ETC. It aims to make transformational games, or meaningful or educational titles such as Happy Atoms, an iPad and toy game that teaches kids chemistry. Its highest profile title is probably I Expect You To Die, a hilarious puzzle game in virtual reality, where you have to figure out how to escape from a trap that a villain has set for you.

Thanks in part to Carnegie Mellon and the dozens of other educational institutions in the area, tech companies are coming to the area. Facebook, Oculus, Uber, Disney, Google, Duolingo, and others have set up shop. And the game companies are working on getting a tax credit for the companies that create jobs, just as the film industry has.

The New York Times recently wrote a story about “Pittsburgh gets a tech makeover.” But it overlooked the fact that a contributor to that makeover is gaming. Schell Games has more than 100 employees who work on as many as 10 games at any given time.

The subject of regional revitalization is something we are exploring in our new VentureBeat channel Heartland Tech and our upcoming Blueprint conference in Reno, Nevada, on September 11-13. I took my daughter to a soccer camp at Carnegie Mellon, and I heard a few jokes about Pittsburgh, most of them about steel mills or how it’s a lousy place to visit. 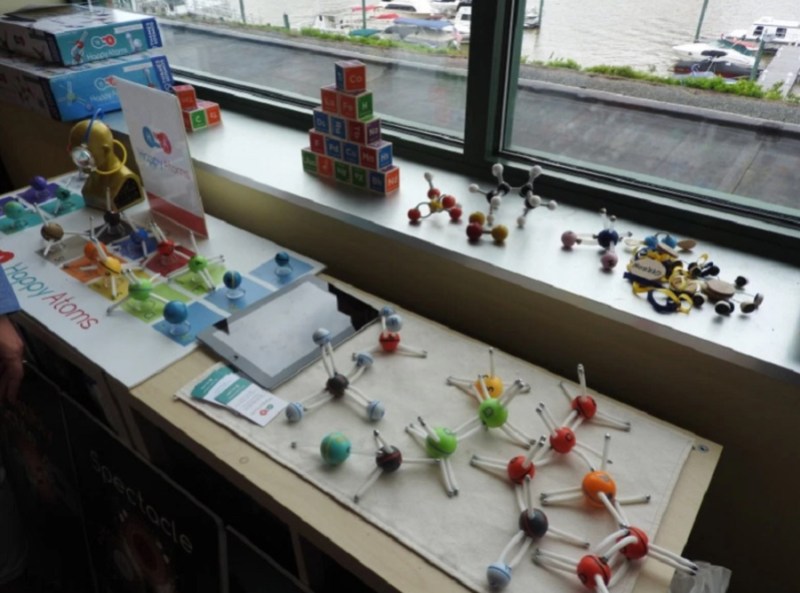 But those jokes didn’t match up with the reality of what I saw or the conversations I had. It’s full of new buildings, cool waterfront complexes, and nice restaurants. Carnegie Mellon’s ETC has become a pillar for the region since it was created at the renowned tech university in 1999 by Donald Marinelli, a professor of drama, and Randy Pausch, a professor of computer science. They were inspired by Disney’s Imagineering division, which created theme park rides and other entertainment with teams of people from all disciplines, Davidson said. Pausch died from cancer in 2008, but he still inspires people around the globe for his talk dubbed The Last Lecture, about achieving your childhood dreams.

The ETC has turned into the kind of place that you would expect to see if you were training people to design rides at Disney theme parks, work on Star Wars and Pixar movies, or create video games for some of the best developers. Its walls are adorned with art from games, comics, and animated movies. Old game machines are housed in glass cases as if they were shrines. And even the bathrooms have a Mario theme.

The place has about 160 students at any given time, and it teaches them interdisciplinary skills in design, art, and technology, said Drew Davidson, director of the ETC, in an interview. The students go on to create things like Pixar films, theme park rides, interactive museum exhibits, children’s educational sites, training games, and video games. They learn to work with each other on projects. About half the students are women, and the mix of skills is all over the map.

“It’s like an MBA for people in the creative industries,” Davidson said. “It shows them creative career path opportunities. We joke that everybody here is a like a mutt, trained in a lot of different things.” 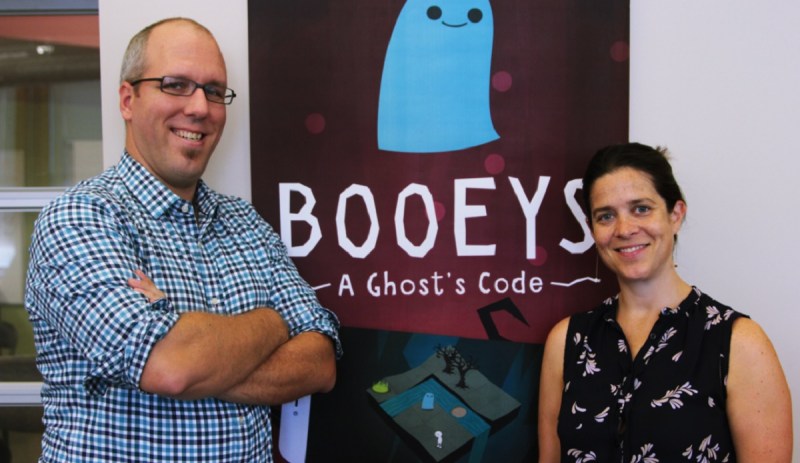 Simcoach Games is an example of a “great Pittsburgh story,” because of its relevance to the local economy, said Jessica Trybus, CEO of the company, in an interview. Trybus was inspired by Pausch and Marinelli, and she became one of the early professors at the ETC.

“I’m from Pittsburgh. I’m a little biased. I spent some time in Silicon Valley, and we came back, and to my surprise we stayed,” she said. “I credit Carnegie Mellon. I didn’t spend much time at Carnegie Mellon before I took off for college and moved to California, so when I came back, I was thrilled to learn about CMU. Don Marinelli and Randy Pausch, pretty much right when I moved back — they had just started this program. I just thought it was really cool.”

After she started teaching at the ETC, she felt that games could be used for non-gaming purposes. A dozen years ago, she spun her company (first called EtCetera Edutainment) out of the ETC and later renamed it Simcoach Games, a maker of training games. After all, she saw, games have always been about simulating something in the world.

The company has grown to 20 people, and it has made 150 free games on (mostly) mobile platforms. They’re sponsored by corporations, and they teach people how to learn a trade, such as how to be a construction worker or how to get into a tech career (Booeys). In other words, it uses games to give back to the community and serve a larger purpose of teaching people how to pursue new jobs, said Eben Myers, vice president of design at Simcoach Games.

“It feels like Pittsburgh to be applying the techniques and technologies of game design and development to solve industry problems,” Trybus said.

Myers added, “First and foremost, I enjoy building games but also doing something to help people. Early on our games were focused on corporate training, often around safety. To be able to build a video game that we could reasonably say saved lives — that was pretty cool. Now we’re building video games that have changed lives, in the sense of bringing people from underserved populations into places where they have career opportunities.” 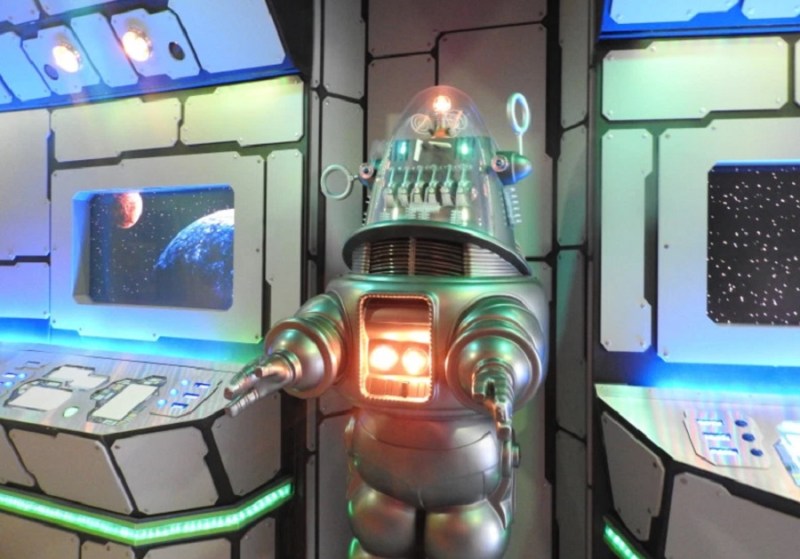 Above: The ETC is a zany place.

In some ways, ETC and the other schools in the region have a problem. Their graduates come from other places and they go back to them after they’re done at the school. If someone leaves a job at a game startup, odds are good that they’ll move to another city, since there aren’t that many game companies to go to in Pittsburgh, Schell said.

The city has made great progress since it was as a Rust Belt city, and its transformation has happened over decades. It is moving in the right direction. But it’s not  a magnet for tech and game jobs as places like San Francisco, Seattle, and Los Angeles.

“What Pittsburgh needs are some hits in the tech space. If we have a couple hits here, where someone brings in millions and billions, that’ll turn things around,” Schell said. “We’ve had some. One of the biggest ones for the city has been University of Pittsburgh Medical Center. That’s been a huge impact on Pittsburgh. They’re a major insurer. One of these big buildings down here is all theirs. Because they’ve been so successful, that’s created a lot of med tech stuff here.”

He added, “For Schell Games, the next step—we’ve done a nice job building a stable company, doing great work, doing some cutting-edge projects. I feel like we’re well-established when it comes to doing work for hire. But we’ve never created our own hit. We’ve created some intellectual property of our own, and some of it’s done okay, but none of it’s been a mega-hit.”

Donald Trump claimed that he was elected to serve the “people of Pittsburgh, not Paris,” in reference to his opposition to the climate accord. But nobody I talked to wanted to see heavy industry like the old steel mills return to Pittsburgh.