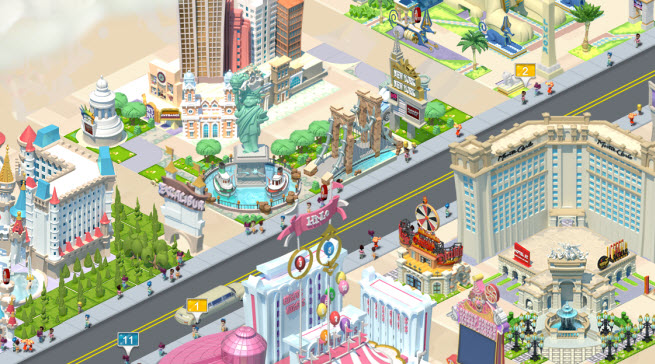 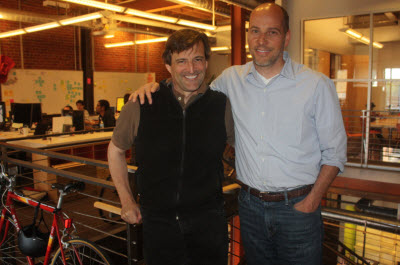 But Playstudios believes it is different because it is a blend of Silicon Valley and Las Vegas. The company was founded by Andrew Pascal (pictured right), a longtime Silicon Valley entrepreneur and former casino empire executive. He has rounded up some talent, such as ace casino game designer Nicholas Koenig (pictured left).

Together, they’ve played both sides in the intersection of a market where most new entrants come from either Silicon Valley or Vegas, and they’ve signed up MGM Resorts International, which owns 80 percent of the casino properties on the Las Vegas Strip, as their marketing partner.

“The idea is to capture the fun and excitement of a Las Vegas weekend,” said Pascal in an interview with GamesBeat. “Here’s an interesting fact: More people will play slot machines on Facebook this month than visit Las Vegas this year. The profile of the player is very similar — affluent, middle-aged women, with an above-average education.”

Today, the company is revealing the result of its work. The myVegas app on Facebook is a social gaming destination, where players can come to enjoy games such as Blackjack or slot machines. You can earn virtual currency by playing the games and earn real rewards such as trips to real-world casinos. Then you can build out your own fantasy version of the Las Vegas Strip in a kind of meta-game (pictured at top).

The best thing about the new games is that they’re authentic casino games with high production values. The app is in closed beta testing now and will be available in the summer. In one of the cool games, you can play Bet the Farm, a slot machine with an isometric 3D viewpoint. When you click on the slot machine play button, the wheels roll by in a pseudo 3D look.

In the meta-game, you design your own casinos and then populate the world with your friends. You can click on your friends as they walk down the street and you’ll see their stats or the games they’ve played recently.

Playstudios has raised $12 million in two rounds of funding since early 2011. The company has launched free-to-play casino games, where users play for free and pay real money for virtual currency, which they can trade in for rewards. 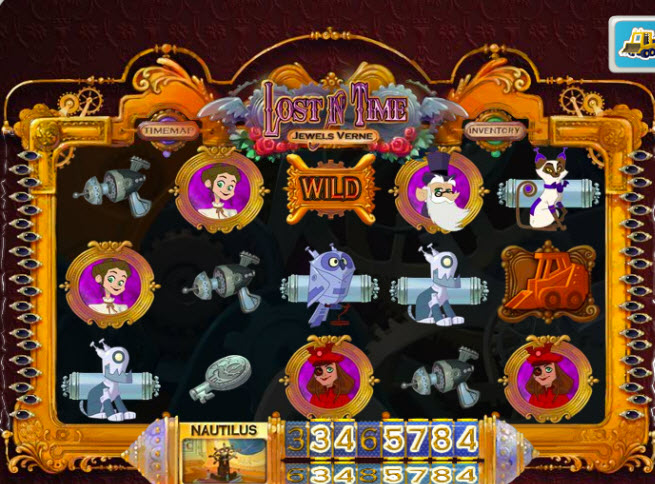 Many companies, such as Caesars Entertainment and IGT, are looking at creating gambling empires that stretch from the free-to-play Facebook games to the offshore online gambling sites to the real-world casinos. Caesars bought Playtika. IGT paid $500 million for Double Down Casino, a 70-person development studio that makes casino games for Facebook. Such hybrid companies will become the norm.

But Pascal, who has two decades of experience in games and gambling, believes that the social casino game market is a great business on its own. Roughly 65 million of Facebook’s 900 million users play casino games on the social network.

“We are focused on virtual currency-based social goods gambling,” Pascal said. “A lot of people are very excited about for-cash gambling as an opportunity. It is an enormous prize when it gets sorted out. Everyone will position themselves for it. But having been in that business, I fully appreciate its complexity.”

His team has put a lot of work into polishing the company’s games, such as the slot machine title Lost In Time: Jules Verne (pictured above). In that game, you play a slot machine. But once you hit a certain level, you can play a bonus round where you pick out objects hidden in a scene. 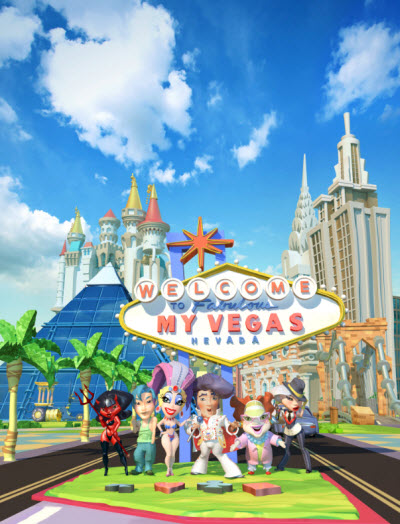 Once you win earnings, you can get loyalty prizes, including a weekend at MGM Grand, a chance to choose the song for the Fountains of Bellagio show, an intimate dinner at a Wolfgang Puck restaurant and tickets to the latest Cirque du Soleil show.

Pascal said that Las Vegas itself was the “very first social game.” It is a widely “shared experience that relies on alternate currencies.” He should know because he was the former president and chief operating officer of Wynn Las Vegas and Encore, two of the biggest properties in Vegas.

He worked for casino magnate Steve Wynn when he owned only the Golden Nugget in downtown Las Vegas. Pascal helped open the Mirage hotel in 1989 and watched as it reinvented Las Vegas. Then he left to do the startup thing again in Silicon Valley, where he grew up.

“I felt I was too insulated, wasn’t learning as much,” he said. “I connected with a couple of guys who were enamored with gambling. We felt the content of the industry wasn’t changing. So we reinvented the slot machine.”

The problem in the recent past was that many games in real-world casinos stagnated. The one-armed bandits were pretty boring, but Pascal started a previous company, Silicon Gaming, to attack that problem by using computer and game technology to make casino games more fun. He sold Silicon Gaming to the world slot machine leader, IGT, in 2005.

After he sold that business, Pascal returned to Wynn and opened the Wynn and Encore resorts in Las Vegas. At its peak, he ran a business that had 14,000 employees and $1.4 billion in revenues. But he got the startup bug again and incubated another company, WagerWorks, in Europe, where internet-based online gambling became legal.

He Left WagerWorks in 2010 and started exploring social casino games in the spring of 2011. At that time, he attended his first Game Developers Conference and was struck by how the social game makers talked about their customers as if they were chasing high rollers in Las Vegas.

“I couldn’t believe it,” Pascal said. “I was thinking, ‘Am I in Las Vegas or at the Social Gaming Summit?” He added, “There are just so many interesting parallels.”

At Playstudios, Pascal assembled a team that included Monty Kerr, a casino game veteran and former executive at Hi5. Rather than just build a game, they decided to build a full platform to launch a bunch of games. Playstudios previously operated under the stealth name incuBET. But now it goes by Playstudios and has 30 employees.

Bill Hornbuckle, MGM Resorts International’s chief marketing officer, said, “We have actively watched the explosion of the social gaming landscape and evaluated the options for extending our brands through these increasingly important channels.  In partnership with Playstudios, we have created a platform that will engage and entertain existing MGM Resorts customers, attract new ones, and allow us to strengthen our brands in a new and relevant fashion.”

MGM Resorts International hopes to drive its tens of millions of customers to the social casino games. In turn, those games will feed customers to Las Vegas hotels. It’s a cycle, and Pascal says we are very early in it. 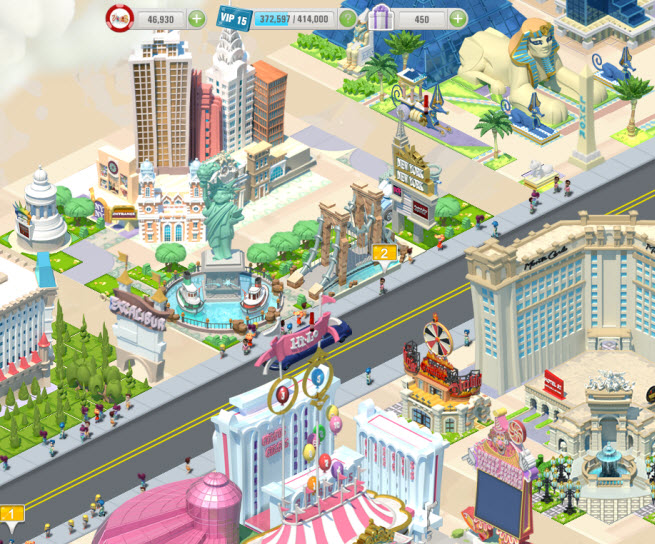