President Donald Trump is looking for distractions and scapegoats. Instead of taking on gun ownership, he has asked whether violent video games might be to blame for school shootings such as the horrible massacre at Marjory Stoneman Douglas High School in Parkland, Florida.

Trump said last week, “I’m hearing more people say the level of violence on video games is really shaping young people’s thoughts.” And yesterday, news surfaced that Trump would meet with video game executives as a part of the debate over school safety.

Never mind that this has been litigated before all the way up to the U.S. Supreme Court. No report has found evidence that games cause violence, and the court affirmed that games are a form of speech, protected by the First Amendment. But because many people love the Second Amendment (the right to own guns) more than they love the First, we’ve got to go through another round of educating the public about how cynical politicians target video games as a scapegoat because they won’t confront real problems with real solutions when it comes to school shootings and overall societal violence. The cloud over games lifted before, but it has returned with new attempts to restrict an industry that generates $116 billion worldwide, according to market researcher Newzoo. 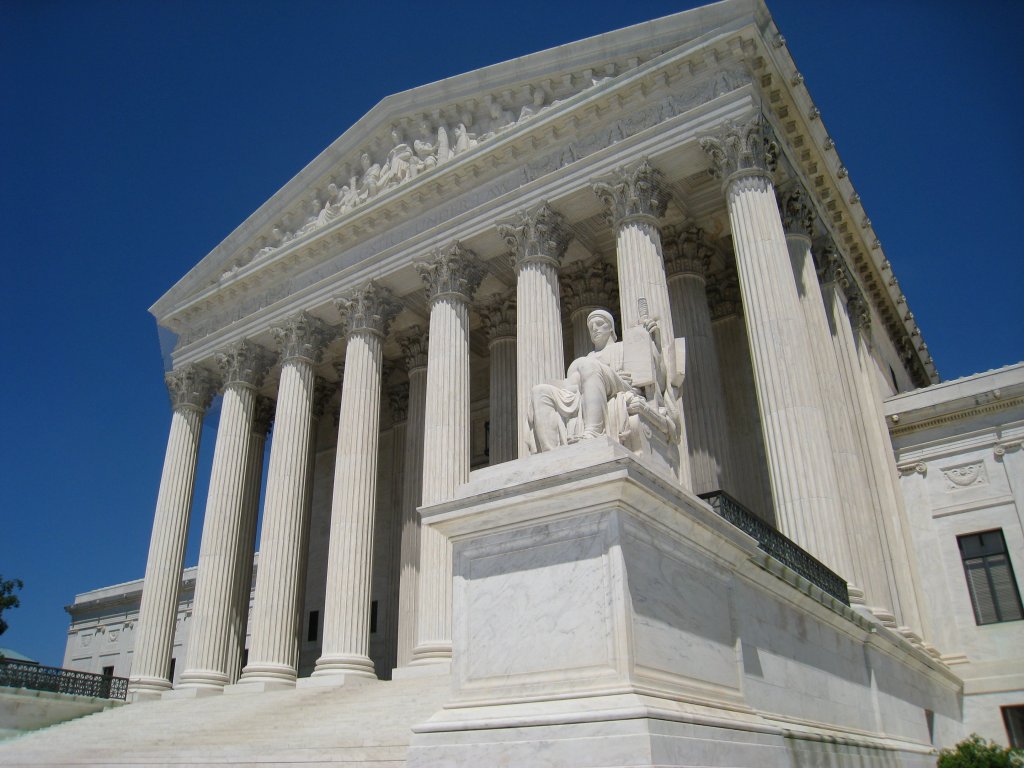 Above: A photo shows the U.S. Supreme Court building in Washington, D.C.

Given that this kind of presidential meeting has happened before, we were naturally curious which game makers would meet with the president. The Entertainment Software Association, which represents video game publishers, responded that they hadn’t gotten an invite.

“ESA and our member companies have not received an invitation to meet with President Trump,” a spokesperson for the ESA said to GamesBeat yesterday.

That’s a scary thought, as most presidents haven’t had a problem figuring out how to contact the game industry. It makes you wonder if Trump is organizing a meeting with a lunatic fringe rather than the mainstream association. This is happening again because we haven’t come up with a solution for the gun violence problem. The National Rifle Association’s solution, of course, is to restrict violent games.

As for the effect of violent games on young minds, the ESA said, “The same video games played in the U.S. are played worldwide; however, the level of gun violence is exponentially higher in the U.S. than in other countries. Numerous authorities have examined the scientific record and found there is no link between media content and real-life violence.”

The ESA added, “The U.S. video game industry has a long history of partnering with parents and more than 20 years of rating video games through the Entertainment Software Rating Board. We take great steps to provide tools to help players and parents make informed entertainment decisions.” 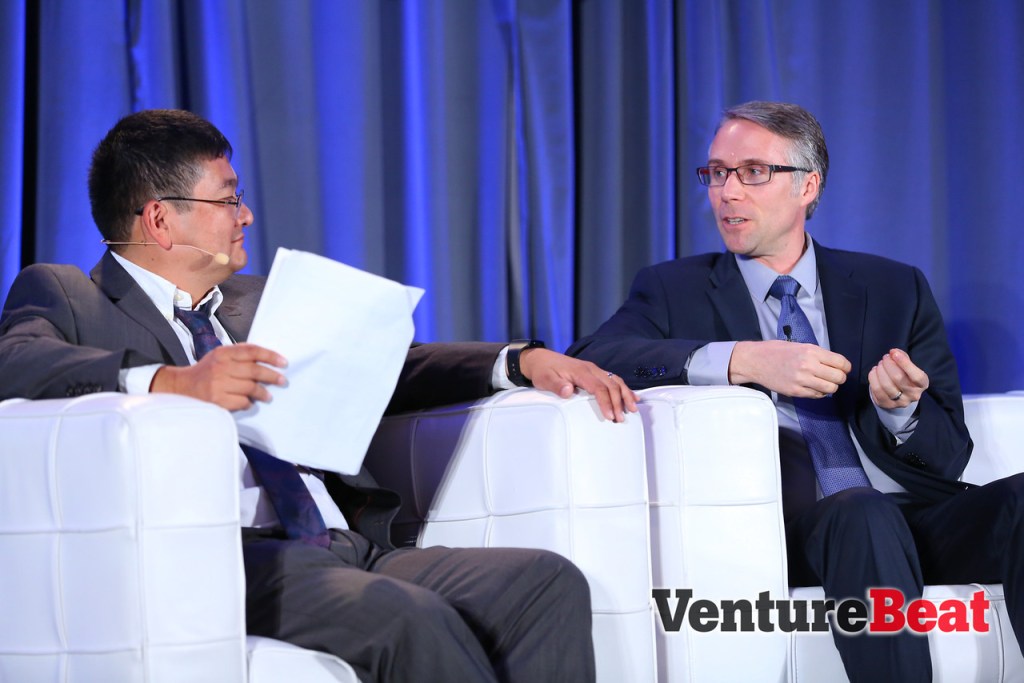 Trump is not the only politician calling out games. Kentucky Gov. Matt Bevin (R.) and Rhode Island state representative Robert Nardolillo (R.) are considering raising “sin” taxes on violent video games to pay for mental health and counseling in schools. Bevin said games are “the same as pornography” because they have desensitized people to the value of human life. (Here’s evidence to the contrary).

“Of course, the research shows no correlation between violent video games and the increase in mass shootings in the U.S.,” Deloura wrote.

He referenced the Senate hearings of 1993 and 1994, when retired Senator Joe Lieberman (then a Democrat) interrogated game executives during the controversies around Mortal Kombat and Night Trap. 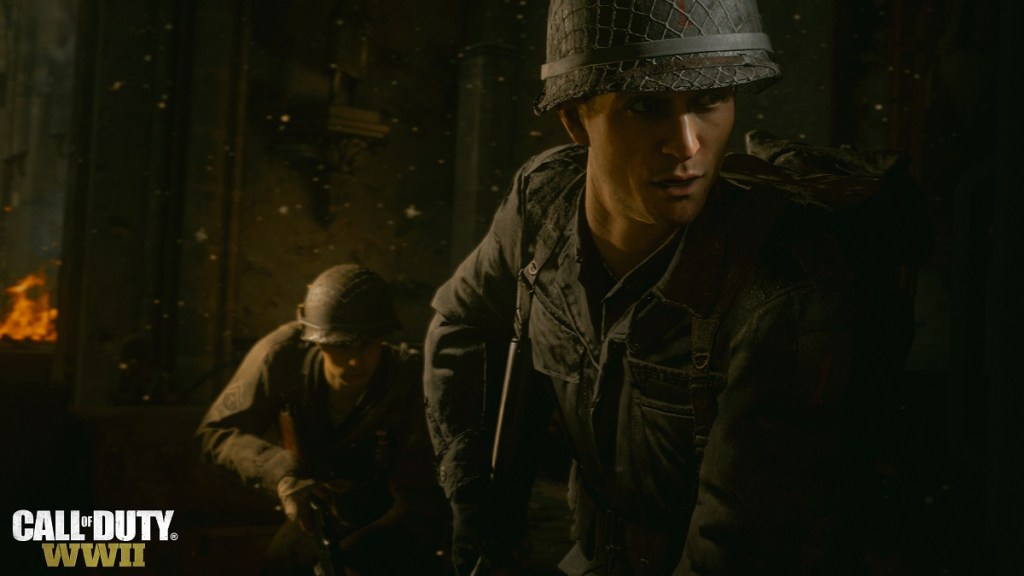 Games, as we saw with the Winter Olympics where North Korea and South Korea played together, bring societies and people together. Outsiders can blame them, but gamers realize the potential for games to entertain us and solve our differences. Gamers are rapidly becoming most of the population. If we have some bad people, we’ll have some bad gamers. But most are good, normal people. The game industry should not be put in the position of proving that every single game consumer is not violent. The gun industry pleads the same about gun owners — most are not violent — but here we are with a rising mass shooting problem.

Logical arguments tell us games aren’t the problem. The U.S. is the only country with such a high level of gun deaths and mass shootings, aside from the countries that are at war. Yet other societies play lots of video games, and they don’t have so much violence. The U.S. has 4.4 percent of the world’s people, and 42 percent of its civilian-owned firearms.

Research also suggests games are not to blame. The American Psychological Association said there isn’t sufficient evidence to link violence and violent media. DeLoura noted a 2002 Secret Service study found that mass shooters didn’t consumer large amounts of violent media, and only 12 percent showed an interest in violent video games. A 2009 analysis of research found little support for the idea that media violence leads to aggressive behavior, and a United Kingdom study of 11,000 children also found no link between violent games and bad behavior.

Trump should look to Walmart for a cue. It’s not taking video games off the shelves. It’s raising the age for buying a rifle.

The people who understand video games are tired of this vilification, but they should take Trump seriously, as we have seen what happens when we don’t pay attention.

The game industry has defeated its foes time and again, and it has preserved First Amendment freedoms for consumers. But it shouldn’t become complacent, as every new threat comes with the chance that the forces of fear could overcome reason and research. Speak up and let your lawmakers know where you stand on scapegoating.