I sat down to come up with this list of the top 10 games of 2014. Then I cheated. Since I couldn’t decide what to cut, I expanded the list to 13, and then I shrank it down again. Like many gamers, I agonize over which games I’d like to play the most. Now I feel pretty good about this list, which reflects my natural biases as a gamer. I favor new intellectual property, intense drama, spectacular shooters, cinematic moments, strong stories, great characters, and something fresh. But occasionally, plain and simple fun and humor will trump all of those things.

That explains why Mario Kart 8 is on the list. I’m happy to see variety across the platforms and that no single company is going to have a monopoly on fun. I wish that I knew more about what is coming, but after the next-generation game console launches, it seems like there are a lot fewer firm dates for the 2014 game launches. I would to see more mobile games on this list and more indie games too. But I have a lot less visibility into those sectors as those launches don’t involve months-long pre-launch marketing campaigns. I hope there are a lot of surprises still to come.

For the record, I would put The Last Guardian on this list, but that would only extend its curse as one of the longest-gestation games in recent memory. The game coming from Sony’s Team Ico, the maker of Shadow of the Colossus, was on our list for the most anticipated games of 2012. I have no clue what this game is about, and I have no idea when it will arrive. I also have almost no confidence it will be soon.

I’d definitely like to see more about No Man’s Sky, Project Spark, and Fantasia: Music Evolved as well. They were on my short list, but were not on the final cut. It’s going to be another exciting year in games.

Above: Titanfall from Respawn

I have never had such an easy time picking my most anticipated game. This title from Respawn couldn’t have higher expectations, given the pedigree of its creators like Vince Zampella, who popularized the Call of Duty series while at Activision’s Infinity Ward. This team is out to prove that it can build another lasting franchise, this time by starting out as an exclusive on Microsoft’s platforms. Respawn has fused the intense action of modern combat games with the freshness of a near-future setting with giant Mechs. The graphics are silky smooth. The gunplay looks like it is extremely satisfying and the play appears to be balanced at the midpoint of being challenging but not impossibly difficult. The sound and voice acting look top notch. Vertical combat will offers something new, but not so difficult that you won’t be able to hit anything. The execution looks brilliant. For all of the bashing that Sony fans have done about the lesser processing power of the Xbox One compared to the PlayStation 4, Titanfall is one of the best-looking games of the next generation. And for all the attacks on Microsoft that it has betrayed gamers in favor of its larger purpose of providing entertainment on the Xbox One, this game will prove them wrong. 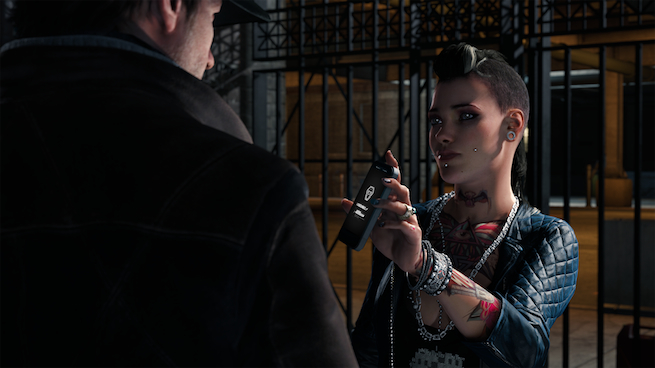 Watch Dogs would have made the next-generation consoles much more fun this fall. But I’m glad Ubisoft delayed it into 2014 because it would be a crime to ship this promising original game before it was ready. In this game, you play hacker Aiden Pearce, who wants revenge for sins against his family and has hacked into the computer control system of the city of Chicago. Pearce can gain access to the smartphone messages, bank accounts, and private lives of its citizens and use that data to his advantage. He is an all-powerful omnivore of information, but he’s also an underdog as he fights against the powers that be of the city. Ubisoft has painted a realistic portrait of what could happen as we migrate to smart cities and how it could all go wrong. It is a great backdrop for an open world game that warns us about a future that seems all too possible.

Above: A Constellation class freighter in Star Citizen.

Chris Roberts, creator of the Wing Commander series, is returning to games in a very big way with a title that seems to break all the rules.Cloud Imperium Games is developing, publishing, and funding the game itself. It is doing so through a crowdfunding campaign that has netted an astounding $34 million. Never before has there been an indie title with such a huge budget and a massive vision. Roberts is creating a galaxy of worlds that you can visit and explore as a kind of pirate of deep space or any other kind of explorer. You can build your own ship and engage with enemies and steal their loot. The game has beautiful graphics built with Crytek’s CryEngine 3. It almost looks exactly like you would want a Wing Commander game to look, and it’s a pity that Roberts hasn’t acquired the rights for the game from Electronic Arts. The trailer looks so good, showing you the details of cockpits for your spaceships. But it’s not clear just how soon this game will come. You can reserve your ship now and try it out. But it’s going to be really fun when you can take it into the galaxy. 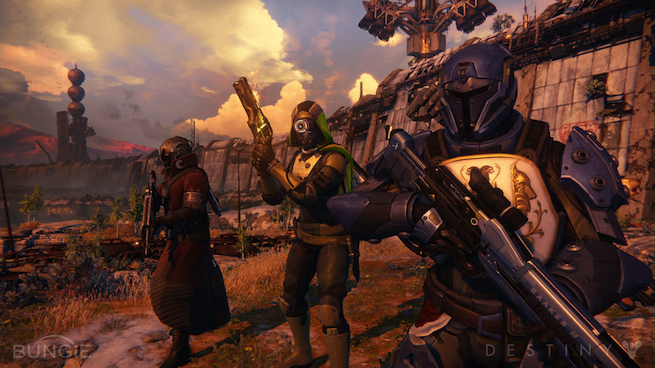 As I’ve said before, Bungie gave up Halo so that it could find its Destiny. This sci-fi massively multiplayer online first-person shooter game puts players in charge of the defense of Earth’s last remaining city. Surrounded by aliens, the human Guardians have to venture out past the city walls and challenge the different alien races that are coming to plunder the world. The first real demo that Bungie showed at the E3 trade show last June fell a little flat for me, as it seemed a little strange to me that this game was an MMO and not a single-player campaign. But the newest trailers are showing more variety of the game world and what you can do in it. It will be a narrated experience with lots of lore and a back story.

And when it comes to combat, it looks like Destiny will be a great first-person shooter. The graphics look beautiful, the weapons are plentiful, and the game offers a huge amount of player customization. The combat looks like it will be very high intensity, even when you’re fighting against nonplayer characters. Everything in the vast setting looks like it has been hand-painted. Few teams have learned as much about how to create awesome games as Bungie, and I am very much hoping that they are putting everything they’ve learned into making Destiny great. 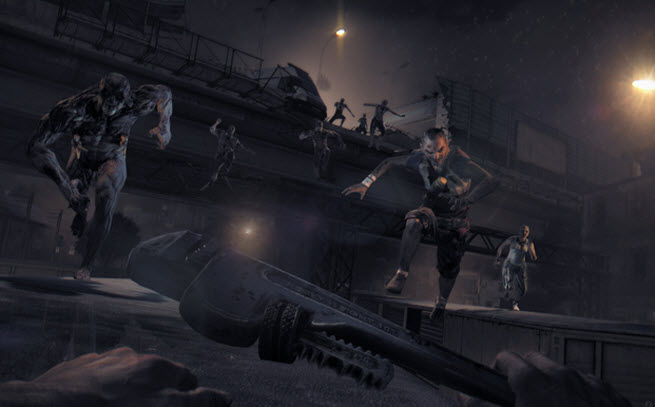 Above: Dying Light at night. Let’s hope you don’t get caught with just a wrench to defend yourself.

Zombie games are plentiful these days, but making a truly ambitious and scary one is a challenge now. I think that Poland’s Techland, maker of Dead Island, has created something that gets to the heart of the appeal of a zombie game. You’re both powerful and vulnerable at the same time in this title. During the day, you can forage through a beautiful open world in search of supplies, ammo, and allies. You are empowered as a parkour expert, jumping off the heads of zombies and doing lots of acrobatics. The zombies are a little lethargic, and they can only overwhelm you if you make some big mistakes. But at night, the zombies are scarier and tougher, and they’re joined by larger, evil enemies that can hunt you down. At night, you become the hunted. You have to flee and get to a haven. The dual nature of the game is a wonderfully original concept, like a cross of Dawn of the Dead and Night of the Living Dead. Let’s hope that the story and the execution are superb.