Electronic Arts took a historic step forward for gender equity in video games this week by adding women’s national teams for the first time to its FIFA 16 video game, heretofore an all-male roster list for 22 years.

Accordingly, the Neanderthal men on the Internet voiced their objections. They found it threatening to have women in “their” soccer video game, and some vowed to buy from competitors who didn’t have female players. You can picture the scowling men, howling about female athletes who could play them into the ground on the real pitch.

That prompted Peter Moore, chief operating officer at EA, to tweet, “Sad to see the misogynistic vitriol around @EASPORTSFIFA adding women in the game. We are better than this.”

I’m with Peter. The move is a huge win for women in sports and in video games. Female athletes will become more famous, better known, and maybe even reap more money because of this decision. And girls and women will be more inclined to play FIFA video games. 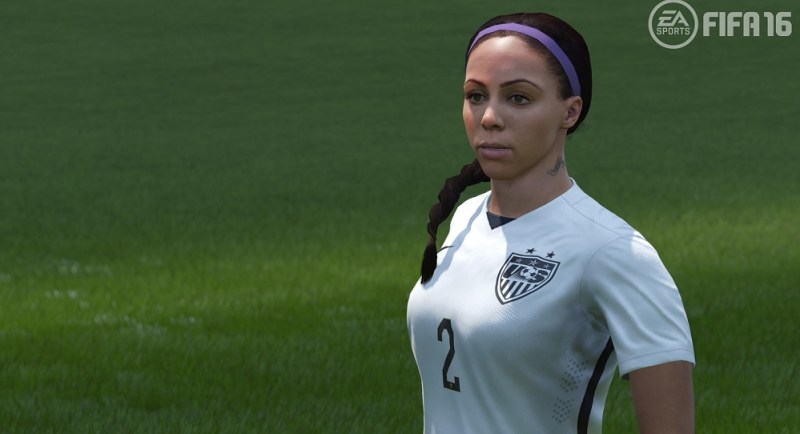 “When I started playing soccer, I never thought that I’d be on the national team, let alone to be asked and have the opportunity to be in a video game,” Abby Wambach told The AP. “I think that for me what this shows is not only is the game making progress, but in the bigger picture, women are covering ground and they are making strides in terms of equality. That’s so massive.”

It was easy to predict the objections of the Internet haters. Ever since the Gamergate controversy — a gamer rage movement about everything from female characters in video games to ethics of game journalism — erupted last August, the issue of depicting women appropriately in video games has been a hot topic. As a trending conversation on Google Trends, interest in Gamergate is a fraction of what it once was back in the fall. But the haters are still there.

The other feeling that we’ve seen echoing around the world is that “It’s about time.” Women have been playing competitive soccer for decades, and EA Sports has been making its game since 1993. Why did it take so long?

Certainly, women’s issues have come to the fore in the gaming industry. Gamergate probably helped push EA over the edge on the decision, even if EA won’t specifically admit that. But this is also an another example of how diversity and including women is good business.

Women are half the population, and they’re largely untapped as fans of soccer video games. Women’s soccer is becoming increasingly popular, and more women are playing games. The Entertainment Software Association says that 44 percent of U.S. video game players are female.

That’s the opportunity, but there are costs as well, including the men who now won’t buy the game because it isn’t what it used to be. Those costs highlight the fact that you have to run a video game company as a business, and you have to balance that with doing the right thing. It so happened that with this year’s new soccer game, doing the right thing and doing good business finally came together.

EA had to take care of some technical matters. Nick Channon, senior producer, said in an interview with me that the development team couldn’t just put women’s heads on men’s bodies. They had to bring members of the U.S. women’s national team to Vancouver and capture their movements and body types. EA captured a sample of the women through its 360-degree motion-capture process, and then it created animated versions based on the real players at its EA Canada division in Vancouver.

The players’ movements helped to build new locomotion models for women in FIFA 16, including female-centric walks, runs, sprints, and horizontal movement. They had to learn how to animate bouncing hair while the characters were moving at high speed across the pitch. The women had to look real. 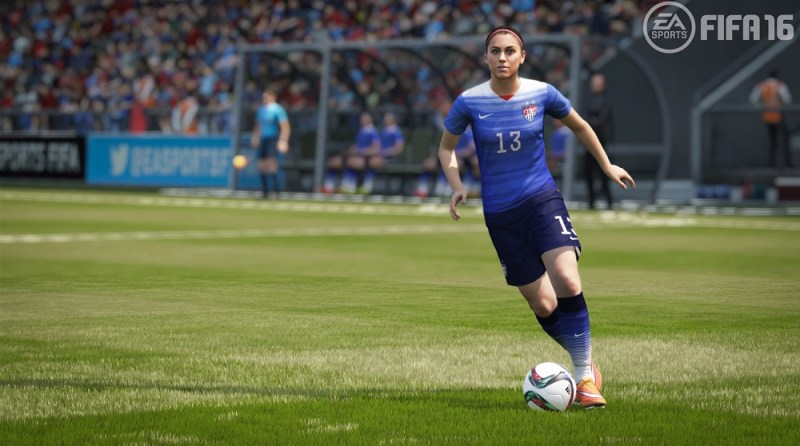 Channon said that this investment in tech helped the overall game too, since there are now more body types to animate the men in the game better. EA has also modified the game so that new players will be able to learn how to play it better, Channon said.

Women’s soccer has become more popular, but there isn’t an equivalent governing body like FIFA for the men. (That’s probably a good thing, since U.S. prosecutors just brought corruption charges against the top officials of FIFA). To find enough top teams to use in the game, EA had to collect a dozen women’s national teams from around the world. Those teams selected include the “best women players in the world,” Channon said. That fits with the game’s philosophy of being authentic.

You won’t be able to play with the women’s teams in exactly the same way you could with the men’s. And you can’t have the English men’s team play against the English women’s team, just for fun. But maybe that’s something EA can add in the future.

It is just a start, and I’d be happy to see EA continue to invest in the women’s game. We can all stand here and criticize EA for its decisions of the past, and also take the soccer industry to task for promoting men over women. But I have to applaud EA for working hard to make this day possible. Just as there one day might be a huge and powerful women’s world league, there could also be a separate women’s video game that outsells the version with the men.

“We’ll wait and see what the future holds,” Channon said. “We feel this is a great start with some of the best players in the world playing in one place. We’re excited for this year, and we’ll see what the feedback tells us.”

This topic has been a continuing one in my own home. I have two girls who are very good soccer players, and they’ve played FIFA before, both on mobile devices and on the consoles. They’ve said to me, “They don’t have women,” more than once. And they don’t play those games that much, even though they are fascinated with all things soccer. They light up when we go to a San Jose Earthquakes game, but they are also quite versed in the female stars too.

I’m not much of a FIFA video game player either. But when this game comes out on Sept. 25, I’ll play it with my girls. I am glad that EA and Moore are taking leadership positions on this issue, and I feel like more men should do that to make this industry better.