It was nice to be back in the culture of gaming last night at The Game Awards. I went there in person with my kid to the Los Angeles venue, and we had a good time watching one game after another get announced and proud game developers take the stage to accept awards.

In its seventh year, Geoff Keighley’s annual event returned to the Microsoft Theater in downtown Los Angeles’ lively LA Live entertainment complex. People were thirsty to meet each other again, and some of them wore masks. The JW Marriott lobby was hopping with game people again. We’re back. 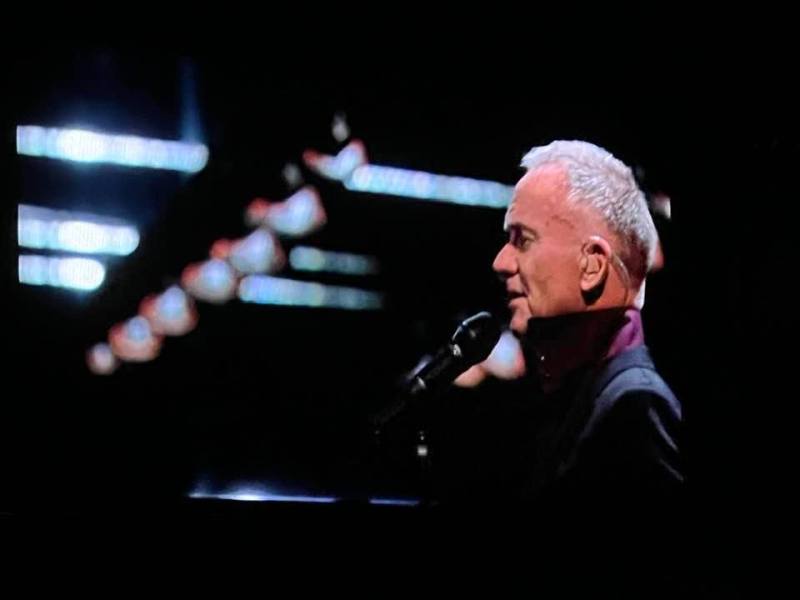 Above: Sting sings a song from Arcane.

And it was back to a celebration of all things gaming, far more satisfying than the pandemic-forced online events. Sting opened the show with a song, What Could Have Been, from the original soundtrack of Riot Games and Fortiche Productions’ League of Legends-based Netflix animated series Arcane. Imagine Dragons also sang Enemy, another song from the show, while celebrities such as Keanu Reeves and Carrie-Ann Moss came to tout the notion technology is transforming both movies and games so you can’t tell one from the other. Shang-Chi’s Simu Liu was there. In these cases, the entertainers were not the center. Gaming was.

An acquaintance of mine asked why such big stars showed up at this awards show. And the real question is, why wouldn’t they? Gaming dwarfs other entertainment industries with $175 billion in revenues this year (Newzoo), and it continues to grow in the pandemic. The Game Awards had 83 million viewers last year and probably more this year, even as it returned to a physical venue with a third of the usual guests. That crowd seemed puny, but it could sure squeal with delight when big games were announced. 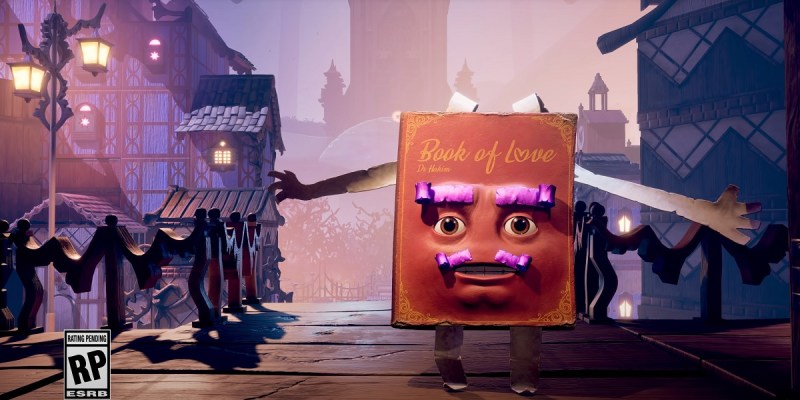 Above: The Book of Love is a hilarious narrator in It Takes Two.

The audience probably dwarfs the Oscars, and this year’s winner, Josef Fares, whose Hazelight Studio made the romantic title It Takes Two, was famous for saying “f*ck the Oscars” back in 2017. It seemed like a rite of passage for the guy who said that video game culture is more important than movie culture took home the day’s biggest award.

It was also a win for innovation and gameplay over brands, as the couch co-op game beat out other contenders this year — Deathloop, Psychonauts 2, Resident Evil Village, Metroid Dread, and Ratchet & Clank: Rift Apart. Analytics firm Spiketrap had identified fan-favorite Resident Evil Village as the favorite to win, but judges voted for It Takes Two instead. 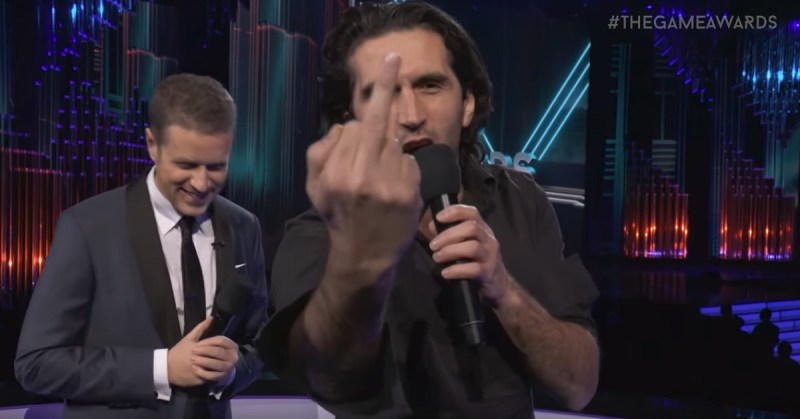 Above: Josef Fares at The Game Awards.

Gone are the awards shows of the past where the emcees were comedians who made fun of the games industry. They singled out developers as geeks or teased gamers for being nerds who couldn’t get dates. But as a young streamer told me, gaming isn’t considered nerdy anymore. It’s cool.

And it was good to see the packs of developers gathering to bump elbows or hug each other awkwardly. I ran into a surprisingly large number of my conference friends, out on the circuit again and hustling to make things happen in a very frothy business. Many had traveled to be there, and I was cheered by so many people who said it was good to see each other after so long. I just hope that even the maskless go home and do not find in a week or two that they’ve been exposed to that accursed virus.

In a reminder that not everything is fine, there were picketers outside the event in support of Activision Blizzard employees who want to form a union in the wake of allegations of a sexist culture at the company, and Keighley had to address the notion of that company being on his advisory board by condemning harassment of any kind.

Above: This is not a picture. It’s a simulation in Unreal Engine 5.

After the show, it was funny to see Kim Libreri and the other crew from Epic Games order an ungodly amount of meat and french fries. They were letting off steam and had just come off one of the most inspiring demos of the show, The Matrix Awakens: An Unreal 5 Experience. Epic showed a shorter demo than they should have at the end, but it was promoted by a cameo appearance of The Matrix Resurrections stars Reeves and Moss.

Epic showed its mastery of reproducing reality with computer graphics, enabling computer-rendered human faces that looked like the real thing and a gigantic city made on the fly with technology. Impressively, Epic plans to give away that city to customers who use Unreal Engine 5.

More than any single game, this restored my faith that we’re going to see some extremely realistic and cool games — or even an early version of the metaverse — based on technology that is shipping in 2022.

The show also gave fans what they wanted. A belief in the future. To fight off the doldrums of this pandemic that has lasted far too long, we all want to know that some of the coolest games we have ever seen are coming down the road. 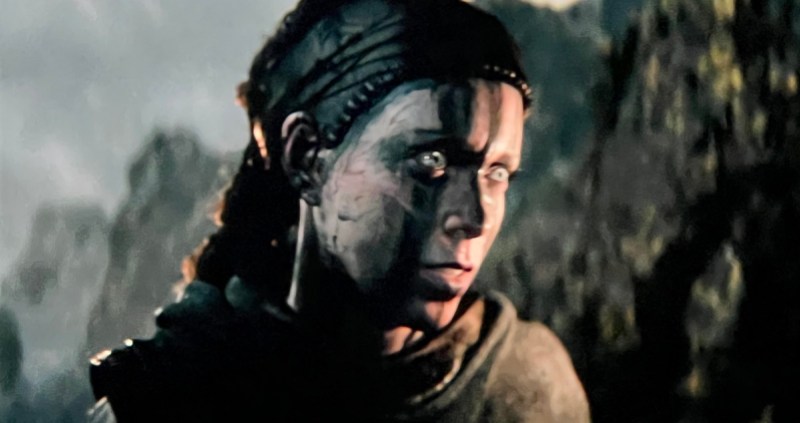 While many of my favorites from last year still haven’t shipped, I have this fool’s confidence that our future is going to be full of fun games, as we heard about so many new titles that publishers promise are coming to us soon. 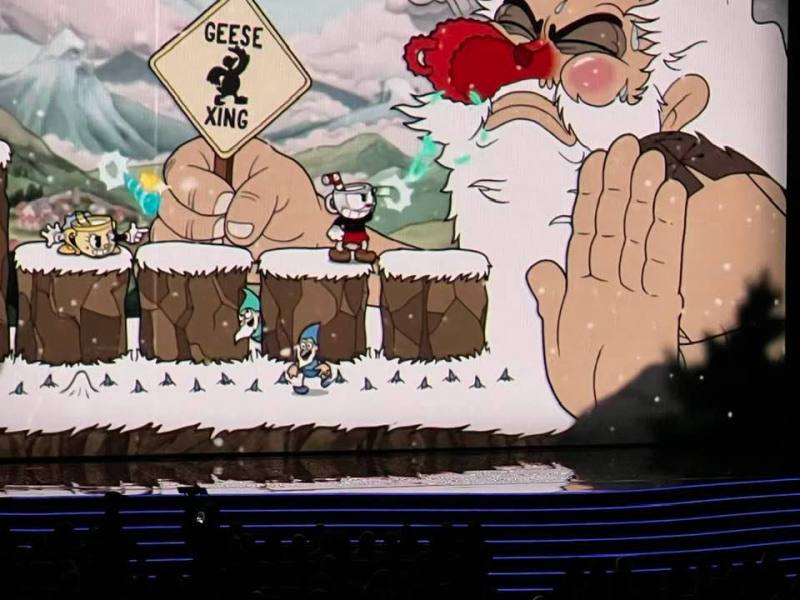 Above: The next Cuphead is coming on June 30.

I had all but blocked Cuphead — a game that I failed to play well (understatement) — out of my head. But even I smiled and said, “Oh my God!” when I heard that Cuphead: The Delicious Last Course (downloadable content) was coming out on June 30.

Here’s what I concluded last year, and I still consider it to be true today:

If I look at the totality of The Game Awards, I’m glad it gave us a night to reflect on the diversity of titles in the past year and to look forward to the future slate. Gaming is still in very good shape, and we can look forward to a lot of fun as we struggle to lift ourselves from this accursed pandemic.

The only thing I was disappointed about this time was that it rained in Los Angeles. That made me lose faith in Keighley’s superpowers.