SAN FRANCISCO — Today is the last day of the 2015 Game Developers Conference in San Francisco, and my old bones are weary from a full week of walking. But my spirit is rejuvenated because I see a bright future for games and a lot of passion and creativity in the people who build them. I am hopeful about the innovation I’ve seen this week and about the culture of empathy and compassion that has been set up in opposition to the Internet’s toxic assault on gaming’s women.

The GDC gives us all an annual immunization against excessive commercialism and the poisonous cynicism spewing from the Internet haters. The trade show is a worldwide gathering that brings people together for the sake of creativity, independence, cultural tolerance, and innovation. The industry that I’ve seen this week is still in balance, held in place by these countervailing forces. It’s like a battle of light and darkness. I wouldn’t say I have drunk the industry’s elixir of false promises, but I have certainly been to the well. And I’m going to leave the GDC less worried and more confident about gaming’s future. It’s going to be fun.

For every negative force, like the harassers who sought to silence female developer activists, we saw a positive force. Independent Games Festival host Nathan Vella received a standing ovation on Wednesday night after he condemned the Internet haters and called for developers to support each other and make games that aren’t embodying stereotypes or caricatures. After seven months of disheartening news, it was good to hear thunderous clapping from thousands of developers. Intel also put some meat behind some promises by pledging to double the number of women in games in the next decade.

And amid all of the fear of the last few months, Amy Henning, co-creator of the Uncharted game series from Naughty Dog, didn’t want the fear of harassment to turn off young women from coming into the game business. She reassured women that it is possible to have a lifetime career in games without harassment. 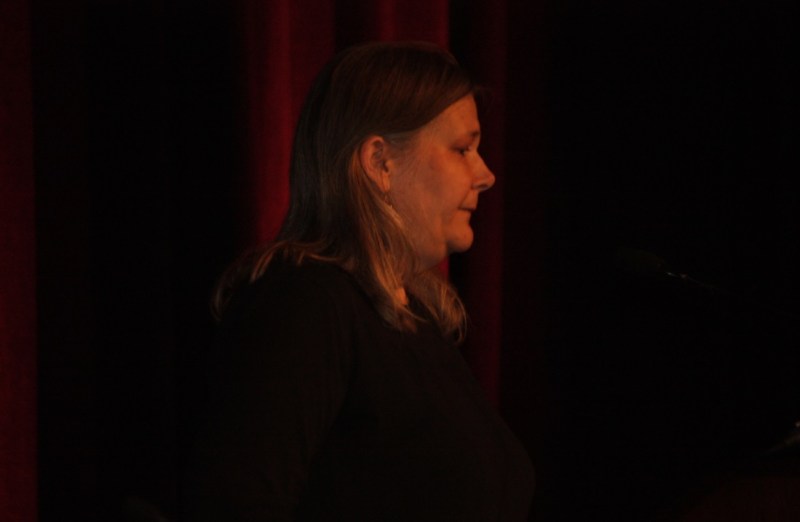 Zoe Quinn, one of the main targets of death-and-rape-threat intimidators who emerged during GamerGate, came up with creative ways to deal with harassment through her Crash Override network and an alliance with the Online Abuse Prevention Initiative. And last night, I was moved to tears as I listened to soulful odes from women about why they persevere and continue to work in the male-dominated game industry. Their message of tolerance and strength through numbers closed with yet another standing ovation, keeping the darkness at bay.

There was also darkness to oppose on other fronts. Dull games, a lack of risks, and monopolistic behavior. These trends could weaken the game industry or shut it down altogether.

Just as I was thrilled to see a restoration of the best of gaming’s culture, I was also happy to see new technologies emerge at the show. I didn’t get to see Valve and HTC’s new take on virtual reality, but our man Jeff Grubb and many others said it was the most believable virtual reality experience so far. 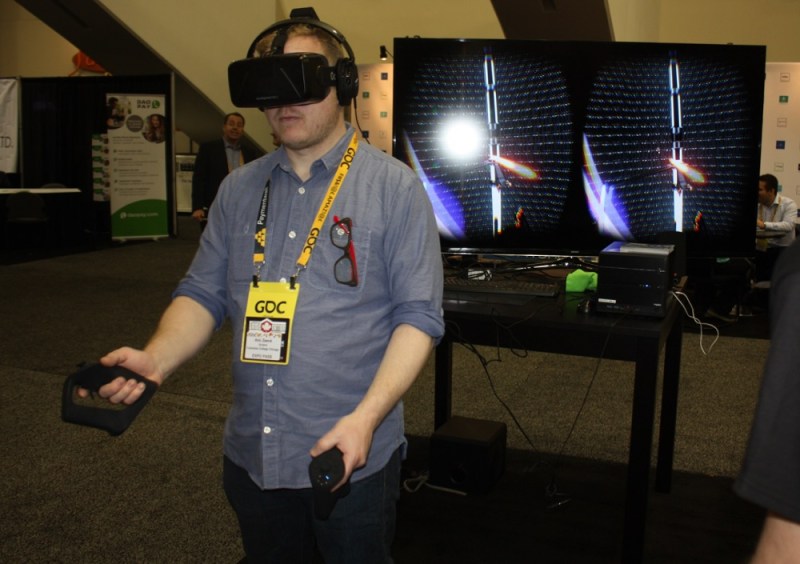 Valve surprised Facebook’s all-to-comfortable Oculus with a room-sized solution for VR, but Oculus also showed off some stunning demos based on The Hobbit film and a short 360-degree short film dubbed “Lost.” Those demos showed that the state-of-the-art in VR continues to move forward, and one day, we’ll have an outstanding market.

Oculus’ John Carmack spoke in a foreign technical language, but the gist of his message was that mobile VR is on a rapid improvement course, and it is arriving later this year from Samsung. Carmack’s talk was like the Moon Shot, inspiring every geek to stay in school and learn how to build the future in a brand new field of entertainment.

“We’re going to be surprised about how many people we wouldn’t expect to care about virtual reality who end up picking this up,” he said in his talk. “And they may come for different things, but they’ll find games there. I firmly believe that mobile is an important direction.”

Nvidia also showed up with its innovative Shield set-top box for gamers. The graphics chip maker was shut out of the next-generation game consoles, but it took innovations such as its Tegra X1 chip, Grid cloud-based gaming, and Android TV to propose a living room entertainment system that is akin to the Netflix of gaming. Squeezed by rivals like Google and Apple, Microsoft also fought back, unveiling tools that will let developers create games that run across the upcoming Windows 10 operating system, the Xbox game consoles, and Windows mobile devices.

Nvidia wasn’t the only company to tap the power of the cloud for gaming innovations. Shinra Technologies showed forward movement on its plan to use supercomputers in the cloud to create massive simulations for players. It showed a live demo of the technology, where a single graphics processing unit (GPU) in the cloud could support as many as 64 users and deliver 16,000 individual characters on a huge gaming landscape. 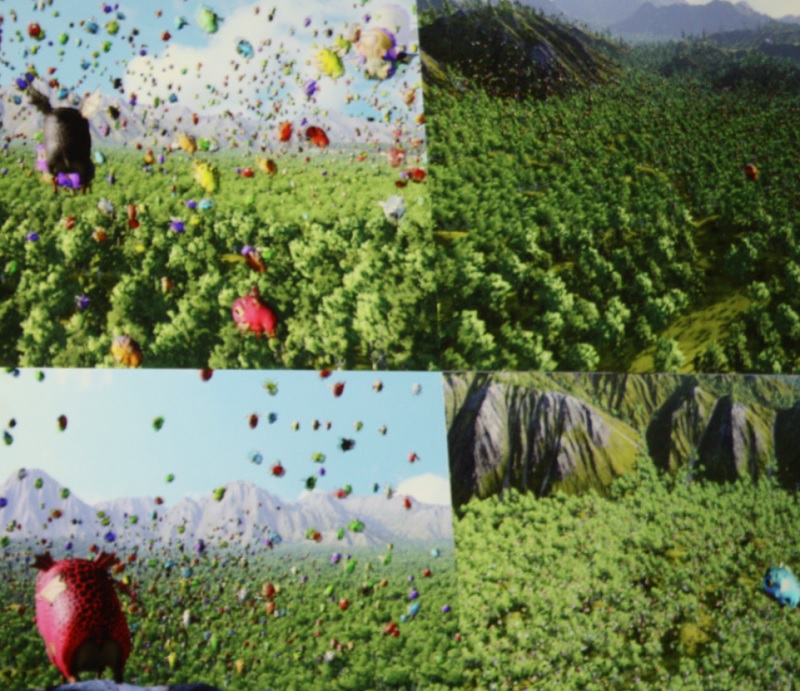 The Shinra technology promises in the future to be able to render thousands of objects interacting with each other in a gaming world that stretches 32 kilometers by 32 kilometers. With Shinra, technology could deliver games that match the visual wonder of the battle scenes in The Lord of the Rings movies. Improbable, based in Cambridge, England, will give Shinra some competition in enabling the smallest independent developers to build massive simulations.

I also took heart in the intense competition between Epic Games and Unity Technologies, the makers of competing game engines and other tools that enable developers to create stunning games with very low costs. In the end, game developers will win, and more people than ever will be able to make games.

I was even surprised to see innovation in something that could really bore us all to tears: data science. Ninja Metrics showed that its latest analytics engine could parse the social value of a player, allowing it to figure out who the most social players were and how they should be paired with the biggest spenders. The result was some real science on which networks deliver the best value and which countries have the most valuable players. On that data science front, Yvolver, InMobi, and Tapjoy all announced ways to use data to make more money.

When it comes to creativity, hope springs eternal. Zynga, labeled for years as a copycat company, showed off the Dawn of Titans real-time medieval combat game from its NaturalMotion division. If there’s any justice in the world, Dawn of Titans will unseat Clash of Clans.

That is unlikely to happen. Supercell’s Clash of Clans, King’s Candy Crush Saga, and Machine Zone’s Game of War: Fire Age have ruled the top-grossing mobile games lists for a long time. They can afford to outspend anyone, even Zynga, in user acquisition. They can ratchet up their spending and drive up ad rates, making it impossible for newcomers to grab a part of the market.

That’s an ill omen for startups, and it could augur the arrival of consolidation in mobile games, much like we saw in consoles. The Chinese could sweep in after the wreckage hits, so long as the Chinese market holds together. Jeff Lyndon, founder of China’s iDreamsky, said in an interview that he fears that poor quality investment deals are driving up costs in China, and that could trigger a correction. If that correction happens, then the Chinese won’t be there to save the Western game startups.

But the forces of creativity and innovation will find a way. Mobile gaming is likely to be disrupted by new technologies such as augmented reality — like with Microsoft’s HoloLens project or Magic Leap — and virtual reality from Valve, OSVR, Oculus, Sulon, and many others.

Perhaps the most heartening thing I heard was Ubisoft’s description of its therapeutic video game, Dig Rush, which forces a user to use both eyes to view objects and thereby combat “lazy eye,” when one eye dominates to the point of impairing the person’s vision. Mathieu Ferland, a senior producer at Uibisoft’s studio in Montreal, Canada, said, “This game is a good demonstration that the positive impact video game technology can have on our society.” 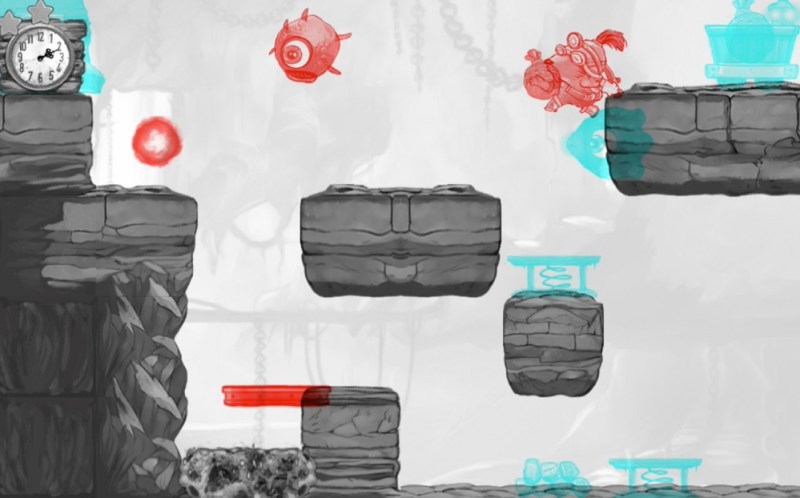