Video game designer Will Wright was fond of saying that a dog-eared copy of Neal Stephenson’s 1992 novel Snow Crash was the business plan for many Silicon Valley startups. That novel’s vision of the Metaverse inspired technologies such as the Second Life virtual world and the Xbox Live online gaming service. Ken Kutaragi, father of the PlayStation, also cited The Matrix as an inspiration for the PlayStation 2 video game console.

Science fiction, video games, and real-world technology have always been intertwined in a way that I find to be fascinating. It is why I spend a lot of my time looking at all three of those things (see my list of the top 25 tech movies of all time), and I believe that lot of geeks do as well. I’m very interested in the intersection of these things, and it’s one reason I’d like to start organizing some roundtables that could bring the talent in these areas together and inspire each other. If you’ve got a suggestion for a way to build an event around these intersections, let me know.

Above: Human by Design, a documentary on augmentation.

The most recent example of this intersection came from the major video game Deus Ex: Mankind Divided, about a cynical attempt to pit “natural” humans against mechanically and technologically augmented humans. The hero of the game, Adam Jensen, tries to stop terrorists who are launching attacks that seek to scapegoat augmented humans.

The developers and writers of the game drew inspiration from the real world, but they’ve also inspired real-world technologists. Game publisher Square Enix and CNN got together in New York to highlight the real world possibilities of human augmentation technologies.

“It’s a good time to be fantasy and what is reality,” says one speaker in an extraordinary documentary, Human by Design, inspired in part by the themes and ethical questions of Deux Ex.

Call of Duty: Black Ops III, the blockbuster video game of 2015, also riffed on the theme of augmenting soldiers and their service in the name of private military corporations in the future.

And Deus Ex: Mankind Divided developer Eidos Montreal is working with Open Bionics, which has created a 3D-printable version bionic arm modeled after Adam Jensen’s prosthetic limb. This kind of technology, inspired by the science fiction story of a video game, could help real people and also bring about that larger discussion about the ethics and philosophy behind our augmented future.

The Razer “Stargazer” camera and motion tracking technology will help to bring this bionic arm initiative to a virtual setting, allowing people to digitally ‘try on’ the arm at events.

“We did an investment in Open Bionics,” said Min-Liang Tan, CEO of Razer, in an interview with me. “We provided the interface layer for that hand, the camera and stuff like that. Human augmentation is exciting on a couple of levels. We believe that the first guys who actually embed technology in the human body are probably going to be young, tech-savvy, evangelists. They’re right along the lines of our gamer audience. I’m talking about outside of prosthetics — augmentation for its own sake. It’s all about leveling up, right?”

He added, “My personal take is that human augmentation is probably going to get done a lot faster than humanoid robots, for one very basic reason, which is batteries. Battery technology hasn’t improved that much in the past couple of years. To be able to power a lot of these robotics, you need a really large battery, which ends up requiring a big non-humanoid chassis. Bipedal humanoid robots are hard to do, not because of balance or anything like that, but because of battery packs. It’s cool to do it in a two-meter radius, but if you want real mobility, augmentation is the key to these things in the short to middle term.” 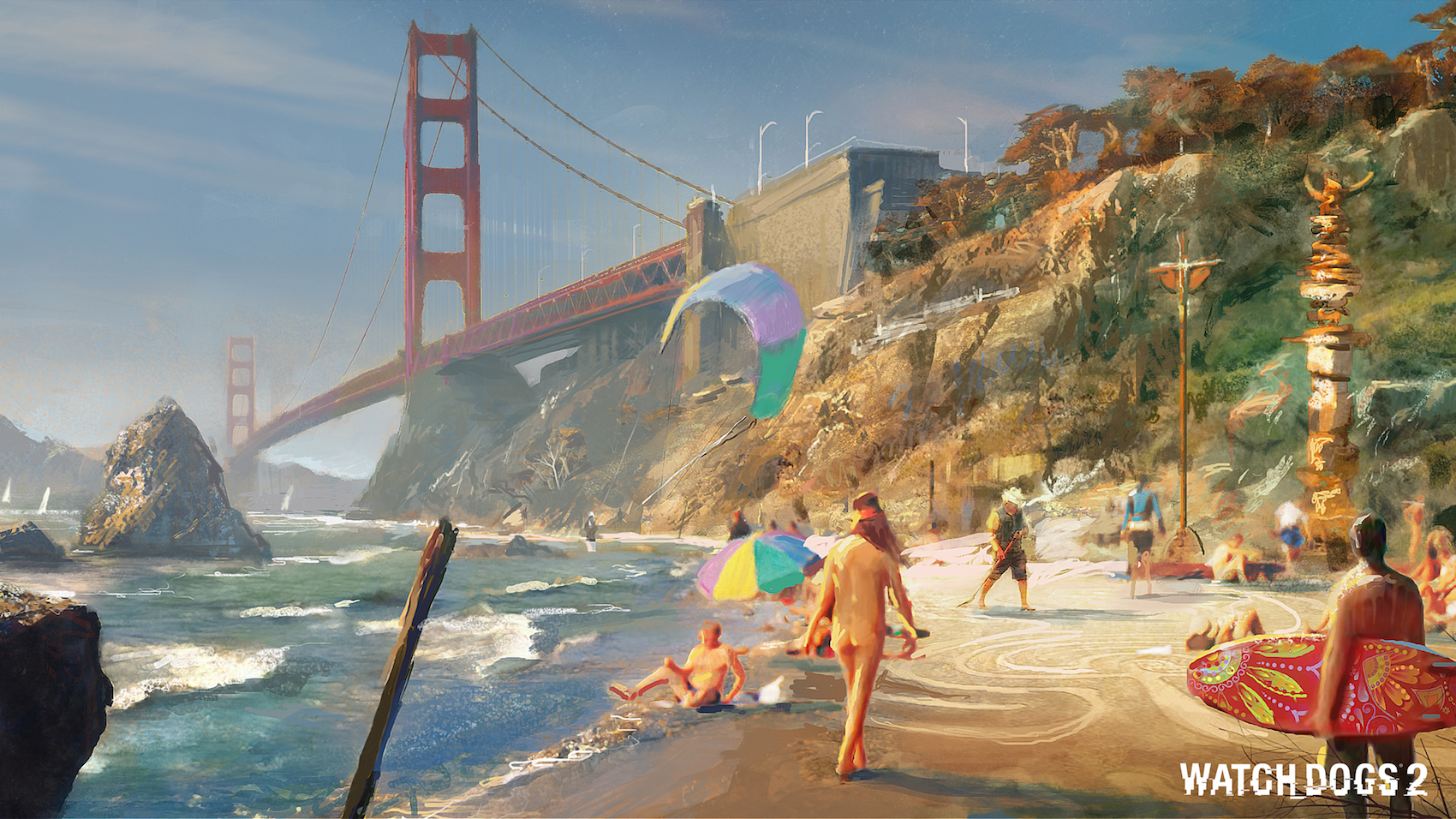 I’ve also been struck at the interplay between reality and fiction on the topic of augmenting cities, or the smart cities movement. This idea has been embraced by IBM, Panasonic, Intel, General Electric, and GE’s Current division. Just about every company that is working on the “Internet of Things” (making everyday objects smart, connected, and sensorized) is also working on smart cities.

Every time I hear about smart cities, I think of Ubisoft’s Watch Dogs video game, where a hacker runs amok with the operating system that runs Chicago in the future. And every time I interview tech executives about it, they tell me they’ve never heard of the game, which sold more than 10 million copies. Ubisoft is preparing to launch Watch Dogs 2 on November 15 on the consoles and PC. That game is set, a little uncomfortably for me, in the city of San Francisco, where the hacker subculture is strong. San Francisco in the near future has become a smart city, driven by the ctOS 2.0 software that runs the metropolis.

Real life has given Ubisoft plenty of material for its story, including Edward Snowden, the Panama Papers, hacktivism, and the security battle with big corporations. A version of the hacktivist group Anonymous appears in the game, going by the name DeadSec. Ubisoft is right to inspire us all to ask the questions about whether this is the right thing to do, before we allow all of the corporations to build our smart cities.

These are just a couple of the intersections of science fiction, video games, and real-world technology. Like I said, I’d love to bring all of these parties together. Write me at dean at venturebeat dot com. 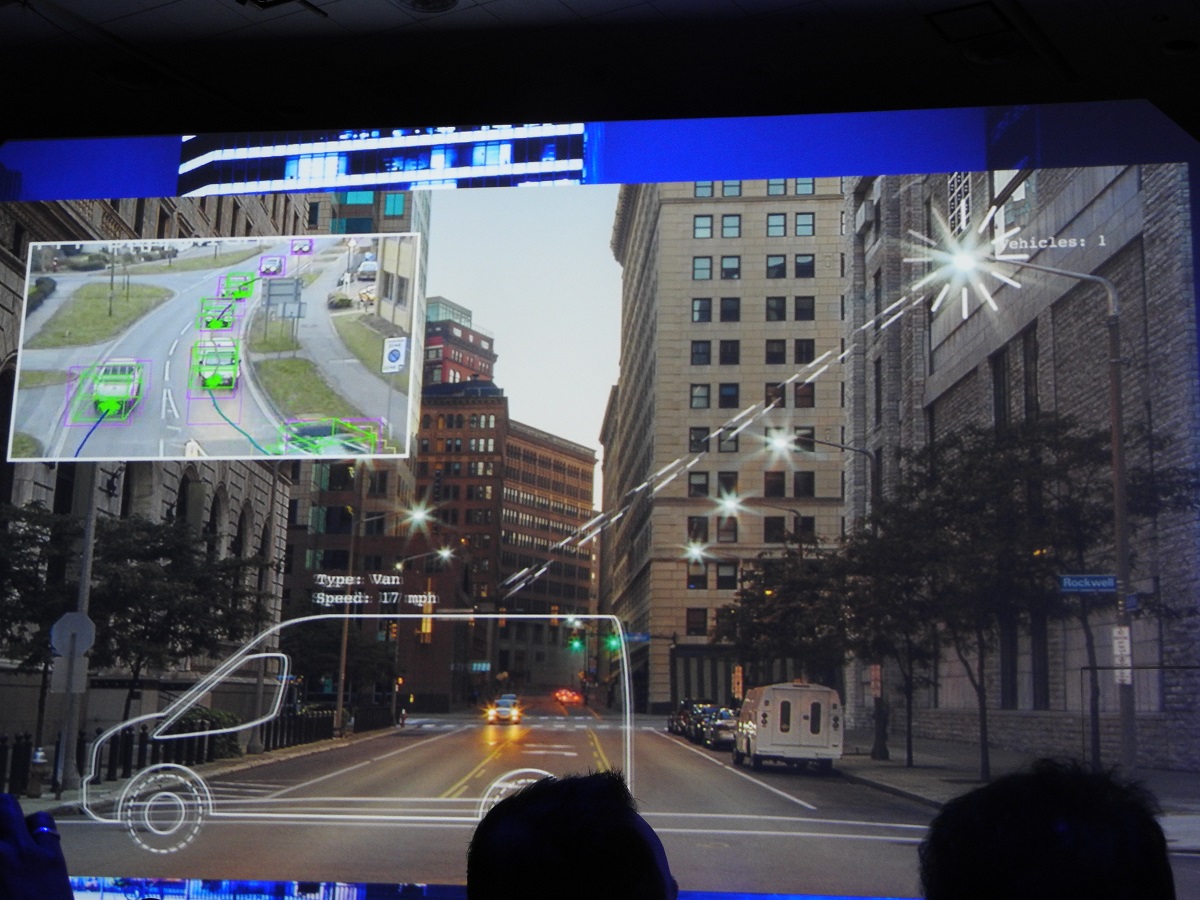