In what was supposed to be the quietest of weeks, we got some real news. Amazon announced that would open-source its Lumberyard game engine as the Open 3D Engine, overseen by the Linux Foundation and supported by 20 companies. Then Our Machinery announced its lightweight and hackable game engine, The Machinery.

And Nintendo announced it would ship the Nintendo Switch OLED model with a new screen and slightly better audio. It fell short of having rumored features that would be likely part of a still possible Nintendo Switch Pro. It’s got a better OLED screen, but it doesn’t run 4K graphics even though it will cost $350 when it debuts in October at $50 more than the regular Switch.

During this otherwise slow week, it’s fun to look at the strategic significance of these chess moves, and how they will impact the competition in game engines and further divide game developers into factions. The console wars affect gamers. But the game engine wars have big consequences for developers. 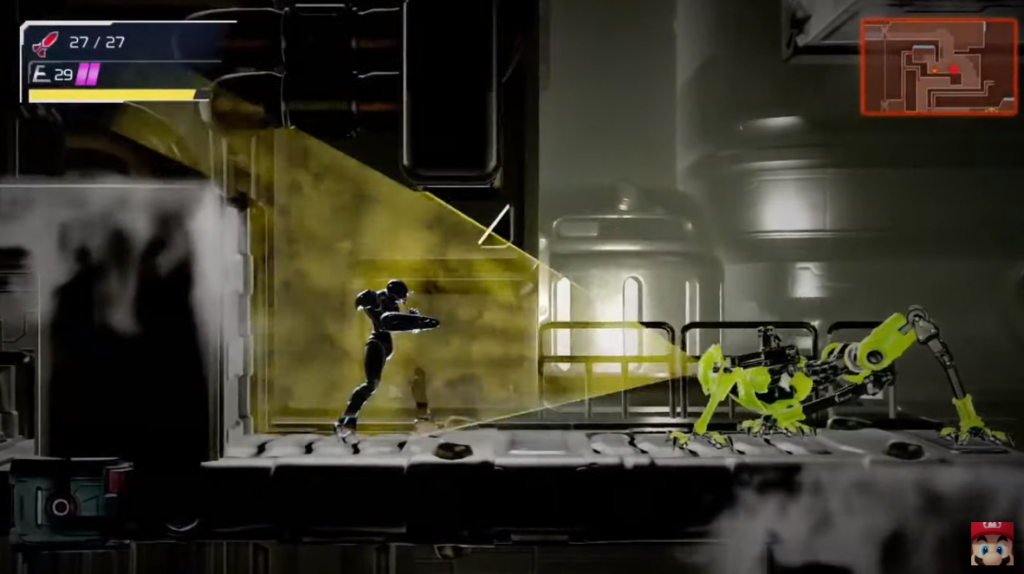 Above: Nintendo’s Metroid: Dread is one of the Switch’s biggest upcoming games.

Nintendo’s move represents a small defensive move against Sony and Microsoft, which are selling their new game consoles against the older Switch technology. Yet Nintendo’s focus on hybrid home and mobile means that it doesn’t really directly compete with Sony and Microsoft. This move simply lets Nintendo go after hardcore Switch fans and new Nintendo customers with the combo of the Switch OLED and Metroid: Dread this fall. It’s about capturing a bigger piece of the holiday spending pie this fall. Nintendo may still launch a better Switch Pro, but it doesn’t have to rush it out amid the semiconductor shortage that is restraining all sales now.

This is at its heart just good marketing and merchandising by Nintendo, whereas the engine developments feel more important. And I have a feeling this could compete well against the Microsoft and Sony consoles that sales bots (and rarely, people) can buy, and the Switch OLED should do well when your other choice for something new is Microsoft’s new Xbox minifridge.

Sony struck back with a short State of Play event highlighting the unveiling of Moss: Book II, the sequel to the award-winning Moss of 2018 from Polyarc. It took us for a spin with some other new games like Deathloop. And, of course, Microsoft celebrated that because it came from Bethesda, which Microsoft now owns. Every week, these companies just like taking little jabs at each other. 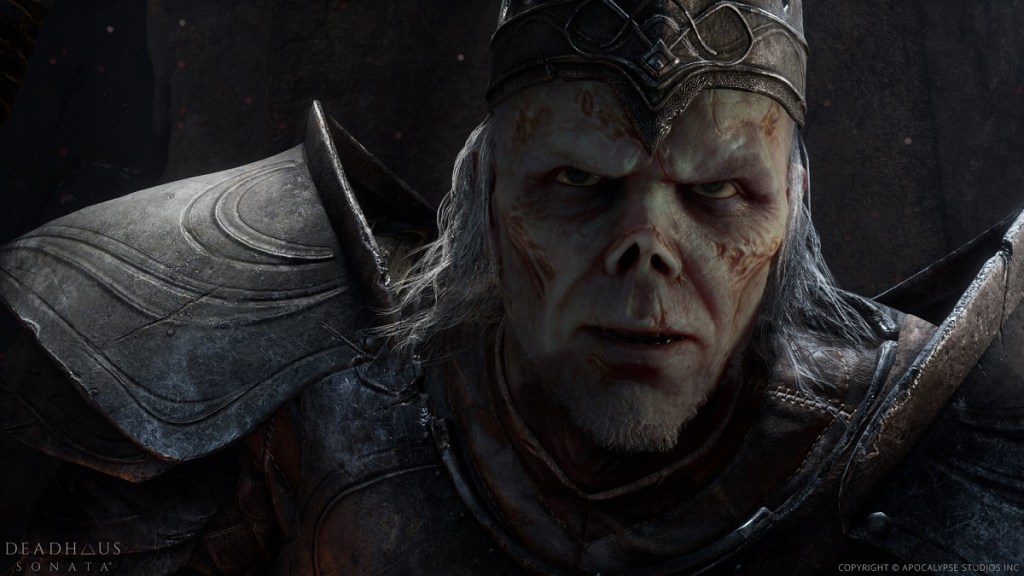 Above: Deadhaus Sonata is an example of a game made with the Open 3D Engine.

The Machinery’s move was a surprise, with an engine focused on programming needs and the preference for a modular and hackable product. It represents another choice in the market beyond Unity and Unreal, and it has a chance t0 gain a foothold.

On the open source engine side, it’s not surprising that Amazon went this route. The Lumberyard engine wasn’t successful in its bid to compete with Unreal and Unity. It had Amazon’s own game studios as its users, but one of its biggest customers, Roberts Space Industries (the maker of Star Citizen) still hasn’t shipped its flagship game. Many interpret the delays as bad news.

Amazon’s own studios have had a hard time as well, with a number of cancellations over the years, such as a recently canceled game based on The Lord of the Rings and the short-lived Crucible title. Amazon Games is still shipping other titles such as the New World massively multiplayer online game. But with such mixed results, it’s no surprise that Amazon threw in the towel on a proprietary engine and converted it to open source, where dozens of companies could contribute to making it better.

Insiders said that they believe its main purpose at Amazon was to steer the game industry to use Amazon Web Services, which was easily integrated into Lumberyard. And if we remember this important point, Amazon Games San Diego studio leader John Smedley once said that former CEO Jeff Bezos at Amazon told the game makers that he wanted them to make games with “ridiculous computation.” I take that to mean that they really cared about Amazon Web Services, and they can still make that a bigger cash cow even if they don’t own the engine.

I think that if we look at the competition, it makes sense that open source would eventually become relevant in the engine market, as it has transformed sectors such as the mobile operating system market (iOS vs. Android) and the PC market (Windows and MacOS vs. Linux). Open source always keeps the other commercial vendors honest and offers freedom of choice for those who value it.

It’s hard to say if Amazon’s move will put much pressure on Epic Games and Unity.

For Epic Games, Fortnite has generated huge revenues that dwarf what the company brings in from the Unreal game engine. Thanks to the Epic v. Apple antitrust trial, we know that Epic’s internal documents show that it made $3.8 billion in revenue from Fortnite in 2019 and just $98 million from Unreal Engine royalties. The fledgling Epic Games Store, started in 2018, was expected to outpace the 25-year-old engine division’s revenue in 2020 by 4-to-1. Where once games were made to be expressions of what the game engine can do, now the engine exists so that the company can generate outsized revenues from hit games like Fortnite.

As an aside, it was interesting to see Denis Dyack, the CEO of Apocalypse Games, as the lead bannerman for Open 3D Engine. Dyack once sued Epic Games while at Silicon Knights in 2007, alleging Epic held back its most-advanced version of its engine from licensees such as as Silicon Knights. Dyack lost the lawsuit, but he became a figure in the game engine wars by backing the Open 3D Engine. 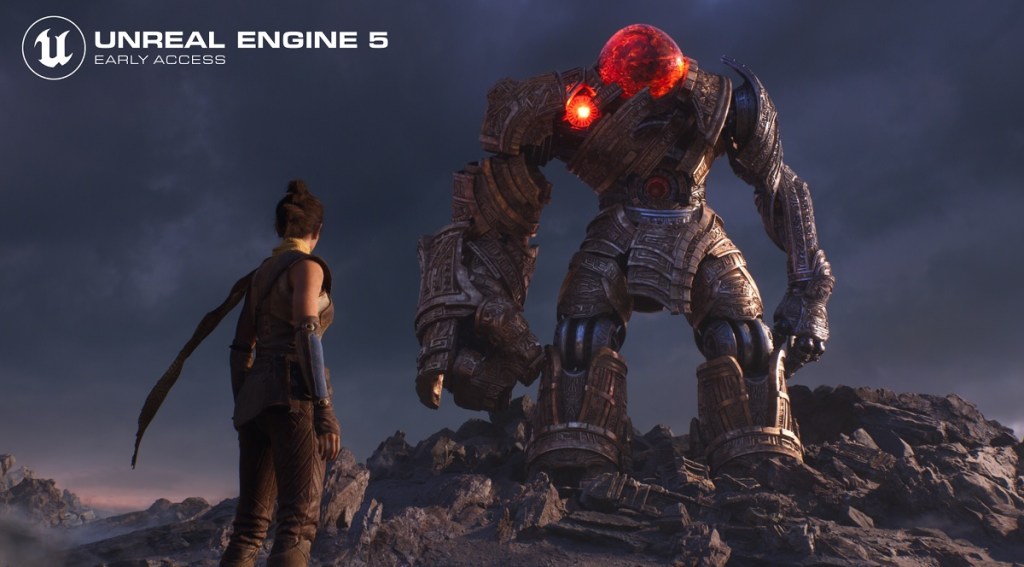 Yet game engines can be strategic. For one, they can be kingmakers for smaller platforms. The engine’s programmers do this by porting a game engine so that a game created on it can run on a wide variety of platforms. As I noted back in 2014, Unity got traction early on by convincing platforms to give it money to port its engine so that games created with Unity could run on the designated platforms. The smaller platforms would do this so they could get more games on their platforms and get a cut of that revenue.

This porting capability of game engines is important because it fulfills the mission of the engine, which is just a tool for game makers. It enables developers to offload the hard engineering work of porting their games to many different platforms. And those game developers can simply focus on making their games better, writing it once and having it run on many platforms to maximize revenues. This helped Unity become known as a kingmaker and an enabler, and that did good things for Unity’s valuation. It went public last fall and is worth $29 billion.

Epic Games charges a 5% royalty on successful games, while Unity charges a fee for every copy of its engine used by developers. Unity’s model gets harder to do with Epic’s tactic of giving out grants to startups that use its engine (though it does give some money to non-Unreal startups). Both Epic and Unity are expanding the pie of revenues by reaching into new markets, like movies and other entertainment. But Unity makes more money through its Unity Ads platform, which integrates advertising into games, for a fee.

We’ll see how much adoption the O3DE will get over time, but I see good things coming from increased competition in every part of the game market, including the market for engines and tools. And let’s not forget that engines are only so important in the absence of games like Fortnite. Epic Games recently raised $1 billion at a $28 billion valuation.

Why is it worth so much? Well, the engine is pretty important for the companies that want to use technology tools to create the metaverse. And Unreal Engine 5 is coming soon, and that should enable a new generation of games, including new games coming from Epic itself. And so, you see, yet another DeanBeat column comes back around to the notion of the metaverse, the universe of virtual worlds that are all interconnected, like in novels such as Snow Crash and Ready Player One.