The Game Developers Conference ends today after a full week of lectures, demos, parties, and drunken strolls down the streets of San Francisco. I have attended many GDC events over the years, and I spent a lot of time at this one. I was surprised that so little of the event was about console games. Instead, the meme that ran throughout the show was Flappy Bird.

Yes, the silly mobile game that captured the world’s attention in February — hitting No. 1 in the mobile app stores in a hundred countries — made a huge impression on the 22,000 or so game developers who attended the show, and many of the speakers mentioned Flappy Bird and its creator, Dong Nguyen, the lone inventor in Hanoi who made the game about flying a bird through some narrow gaps in pipes. He became a symbol of just about everything you could imagine related to games, and rumors whispered that the 28-year-old chain smoker was even surreptitiously visiting the event.

“I’m pretty sure he’s here,” said one mobile game company chief executive, who was speaking to me at an event at the W Hotel. 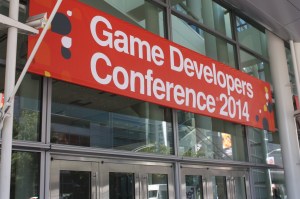 One developer, Todd Moore, said he found Nguyen and snapped a photo of him. He was real, after all.

But Flappy Bird meant something different to every speaker who mentioned it. Everyone tried to claim Nguyen as their own. Many saw him as offering hope for the lone developer, toiling away in obscurity and then finally coming up with a blockbuster. That is the fairly tale dream of everyone. People who talked about the now-deleted hit inevitably mentioned their high score in the difficult game, where you touch the screen to flap your wings and die if your bird hits one of the pipes.

Adam Orth, the former Microsoft employee who resigned after he ignited an Internet storm by flippantly arguing with game fans on Twitter about “always connected” game consoles, gave a talk on the tragic rule of the Internet mob. Orth received death threats and had to move his family and close his bank accounts.

In a heartfelt talk, he empathized with Nguyen, who came to hate his own creation because so many people were heaping abuse on him on social media. Nguyen decided to take Flappy Bird down from the app stores because it brought him a flood of unwanted attention and outright haters who criticized his game design or claimed that he stole his art from Nintendo.

Orth argued that such a culture of toxicity, fueled by anonymous comments on social media, had to change, partly because it is starting to chill the creativity and outspokenness of game developers, who fear the Internet mobs.

Nick Fortugno, a seasoned developer from New York, told me that the saddest thing about the Flappy Bird incident was that no one believed that the game had hit No. 1 on its own. Everybody believed that Nguyen must have paid for ads to give it a boost or bought bots, or fake users, to get so many installations.

Kate Edwards, the executive director of the International Game Developers Association, praised Nguyen for taking an ethical stand. He said he worried that people were becoming too addicted to Flappy Bird. So, at great expense to his income stream, he took the game down. Edwards said that was a rare act by a game developer, but one that every person who makes games should think about. 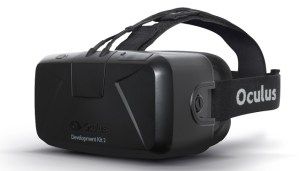 Jeff Tseng, the chief executive of mobile games maker Crowdstar, argued that Flappy Bird was proof that games could still go viral and take over the top position in mobile. Greg Costikyan, a mobile game maker, said in a rant that the app stores had come under the control of a handful of leading companies and that it was all but impossible to get a game noticed if you weren’t already on a best-seller list.

Only the leaders on the app store could afford to pay huge rates to market their games, while small indie game developers are once again locked out of a growing game platform. To Costikyan, Flappy Bird was an exception.

In one of the more significant announcements of the show, Epic Games invoked Flappy Bird with a funny clone game, Tappy Chicken. Epic was announcing that it would price its Unreal Engine 4 at just $20 a month plus 5 percent of revenues. In doing so, it was launching a price war against rivals Unity Technologies and Crytek, which announced its own subscription model for its engine (and undercut Epic in doing so). Flappy Bird had nothing to do with this fight, but somehow it came up again.

Amid this obsession with Flappy Bird, there were some truly groundbreaking events at the GDC. Sony debuted its virtual reality headset, Project Morpheus, and Oculus VR showed off a much-improved dev kit for its Oculus Rift VR headset. Tango, the mobile messaging network that supports games, announced it had raised $280 million from investors including Alibaba.

China’s FunPlus raised $74 million to make games with global appeal. And everywhere you looked, the globalization of gaming was evident. In fact, a developer from Nigeria interviewed me about my views on games after my speech. Women like journalist Leigh Alexander and renowned developer Brenda Romero gave moving talks about why they loved games and why sexism had to stop in the industry.

But the story about Nguyen and his fairy tale of going from obscurity to fame to ruin was the human story that tugged at everyone’s hearts. Of all the people who influenced the game industry this year, Nguyen has to be pretty high on the list.