I spend most of the year laser-focused on games. But next week, I’m going to expand my horizons beyond games to the entire tech industry.

I’ll be attending CES 2017, the big tech trade show next week in Las Vegas. I’ve lost count how many times I’ve made it to this show, but I still feel it’s important to attend to see what’s coming next. I’m going with VentureBeat’s Ken Yeung and John Brandon, and our stories will be dropping as early as today. I’ve already written dozens of stories that will appear during CES 2017, and so I’ve got a few insights for this preview.

This tech trade show is the biggest in the U.S., and last year’s event drew more than 177,000 people to view more than 3,000 exhibitors across more than 2.4 million square feet of space. (Here’s last year’s preview). The Consumer Technology Association, which puts on CES every year, expects to have about 3,800 exhibitors, 165,000 attendees, and 6,500 members of the media at CES 2017. It will cover a record 2.5 million square feet this year.

Big companies won’t tell you this, but I think one of the big trends will be the Internet of Stupid Things.

You see, the Internet of Things, or making everyday objects smart and connected, has been going for a few years. We’ve got all of the Internet of Obvious Things covered, like smart drones, smart robots, smart basketballs, smart pet feeders, smart dog collars, smart watches, smart smoke alarms, smart home security cameras, and smart refrigerators. Instead of hundreds of things, we’ll now have thousands of connected things.

Now, Masayoshi Son, the CEO of SoftBank, anticipates that we’re going to have a future with 1 trillion Internet of Things devices. So you could say we are just getting started.

To me, what makes them stupid are the price tags, which usually start at $99 and go up, and their lack of security, which makes our homes vulnerable to cyber attack. Would you really pay $200 to detect a particular kind of gas in your home? I think these devices are only worth marginally more than what we pay for the dumb, disconnected versions. A pet feeder? $25.

I’m being facetious about the Internet of Stupid Things, but we are heading toward a world where everything will have sensors. That big data will have enormous value, and it could also represent an enormous threat to our privacy. But I see too many companies that are trying to measure a tiny slice of the Internet of Things and hoping to cash in on it. The integrated system has the value, and the parts alone are a tough sell.

The Stupid Things will eventually give way to truly smart things, through artificial intelligence. John Curran, managing director at Accenture for communications, media, and tech, said in an interview that he thinks the “smart” part of technology will finally come true. With improvements in AI (through voice or visual recognition), companies can now retrofit their products with A.I. that really works. 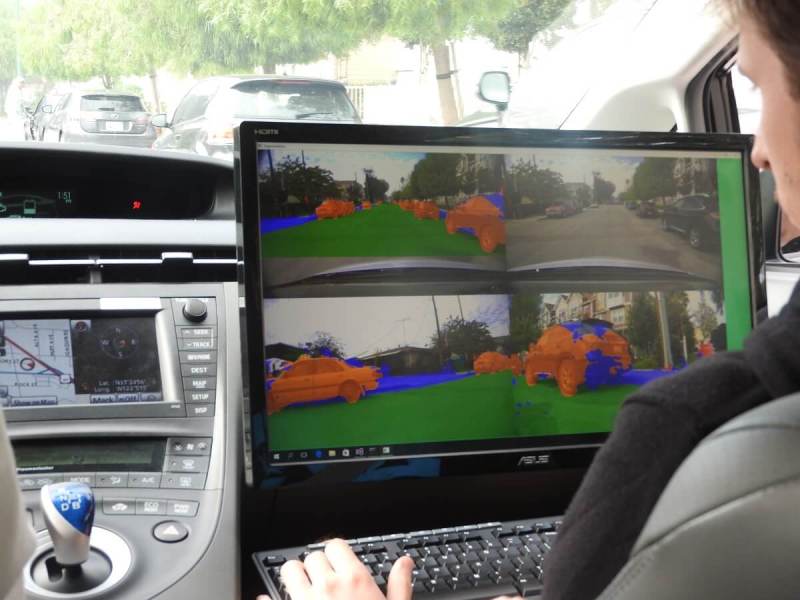 Above: AImotive’s software can recognize green areas that are safe to drive, and other cars (orange). Pedestrians show in red.

“It’s a golden thread that will be woven through so many of the technologies that we’re going to see at CES — everything from automotive to robotics to smartphones to health and fitness,” Curran said. “I’m excited to see how it manifests itself and permeates the show. The technology has advanced. If you look at what you have now as a convergence of big data and analytics, machine learning, natural language processing, ubiquitous connectivity — all these things come together. You have an opportunity for device manufacturers and companies who are building services to run on those devices to leverage A.I. and create much easier-to-use, much more intuitive and natural customer interfaces.”

We’ll see the emphasis on AI at the keynotes. Jen-Hsun Huang, CEO of Nvidia, will give the first keynote at CES 2017, and I expect him to talk about the company’s transformation from a graphics chip maker to an A.I. company. And we’ll seen incremental advances on smart things that used to be dumb, like self-driving cars, home control systems such as Amazon’s Echo with Alexa, and health and fitness devices that can recommend exercise routines. Curran believes the smart companies will offer services that go with their new devices.

Based on the floor space, we’re going to see a lot of drones, augmented reality, virtual reality, robots, smart cars, health and wellness, wearables, and 3D printing. We’ll see some smartphones, based on introductions of new processors coming from big chip companies. But most of the smartphone introductions usually happen at the Mobile World Congress event in Barcelona in the spring. 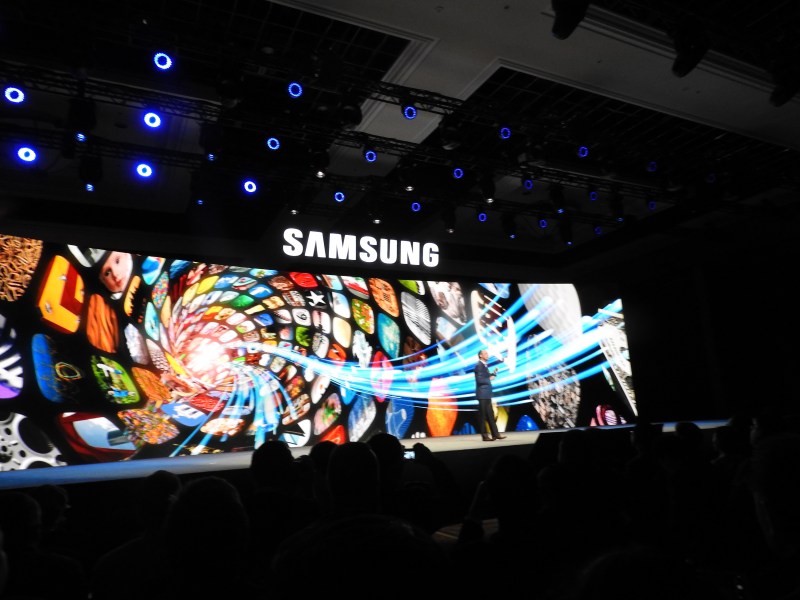 Apple doesn’t go to CES. But its archrival, Samsung Electronics, will have a press conference at 2 p.m. Wednesday. Samsung could play in all of the major categories of electronics. You can bet it will make a big deal about the pervasiveness of inexpensive 4K TVs, which have four times the number of pixels of high-definition TVs. I expect that we’ll see plenty of expensive 8K TVs and ways to connect them to all of the other devices in your home. You’ll also see Samsung reveal products in almost every other tech category that exists.

CES will also have some interesting no-shows. Facebook’s Oculus isn’t going, as it has already launched its big products in 2016. And drone maker Parrot says it will just do meetings this time. 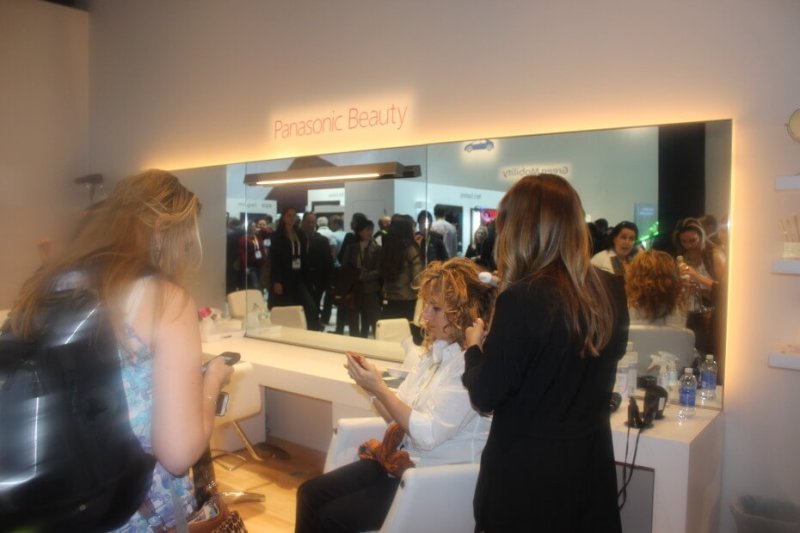 Above: Panasonic’s interactive mirror from CES 2015.

I really hope to see companies come back with good ideas from past years, only in a more refined, cheaper, and more practical. I’d love to see Panasonic’s interactive mirror become affordable, at maybe $99 (and I don’t mean cheap knock-offs), but I fear my family will have to wait a while for that. Electric cars are becoming awesome, but if you add self-driving to their features, then it’s going to be a while before they become practical. I’d love to see some of these devices make the leap from the equivalent of porn for the tech enthusiast to affordable and valuable devices for mainstream consumers.

Virtual reality has a chance to make some progress on this front, as the 2015 products are only partly satisfying and far too expensive. Augmented reality smartglasses are getting more affordable, but I don’t think we’ll see anything really cool and affordable on that front until 2018. Moore’s Law, or the prediction that the number of transistors on a chip will double every couple of years, will deliver technological progress that makes these devices more affordable and better. But it can’t work miracles. That’s up to the engineers.

I hope you’ll read our coverage of CES 2017 in the coming days.