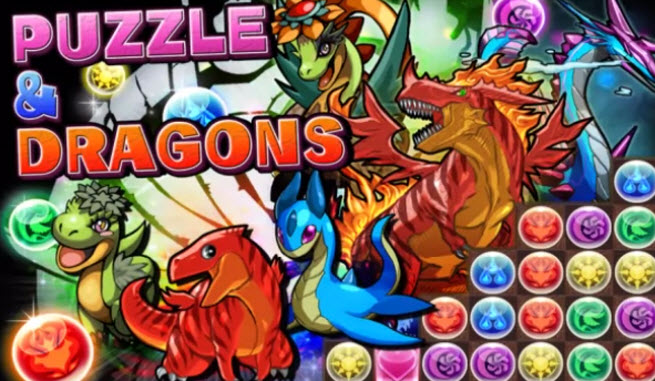 The mobile revolution is on the minds of everybody at the Game Developers Conference (GDC). It is happening faster than anyone expected, and it came into sharp focus this week as Japan’s telecom giant SoftBank announced it would pay $265 million to acquire additional shares in GungHo Online Entertainment, the maker of the runaway mobile gaming hit Puzzle & Dragons. That game was made by six people over the course of a year.

SoftBank, run by tech empire builder Masayoshi Son, will own about 40 percent of GungHo Entertainment, up from 33.6 percent. But the stunning fact is that GungHo is now valued at around $5 billion, up from just $300 million about five months ago. What could have possibly made GungHo so much more valuable in such a short time, and is it possible that this game will generate $1 billion in revenues more quickly than the upcoming Battlefield 4 from Electronic Arts? Probably so, and that tells us more about the bifurcations in the video game business today.

Whether you believe the hype about mobile or not, you can’t avoid a conversation on the topic at GDC, which is drawing an estimated 23,000 game developers to San Francisco this week. Roughly half of the attendees at the show are now indie game developers, and they all dream of striking it big with games like Puzzle & Dragons. Asked why the game took off, Kazuki Morishita, chief executive of GungHo, said, “Luck.” Seriously, though, Morishita and his team carefully crafted the title until that had something that was simple and worked.

Puzzle & Dragons is the top-grossing app in the world today on Apple’s iTunes App Store and Google Play thanks to its incredible success on iOS in Japan. The game took off without much help. But in Asia, mobile messaging networks such as Line, Kakao, and We Chat are taking off like crazy. People are downloading lots of games via the mobile messaging networks, which add a social layer on top of Android in markets such as China, Japan, and Korea. Puzzle & Dragons, which combines a hardcore role-playing game and casual “Bejeweled-like” gameplay, has more than 10 million downloads in Japan and is monetizing far better than other titles. The company is generating an estimated $86 million a month, or roughly $2.5 million in revenues per day. In a word, that’s insane.

You could think of Puzzle & Dragons as an anomaly, the strange winner of a lottery where hundreds of thousands of mobile games are competing for the attention of gamers. But it is not alone. Finland’s Supercell has scored big time with Clash of Clans, a role-playing game that is bringing in an estimated $1.4 million a day. It is no wonder that other big digital game companies — Kixeye, Kabam, and Wargaming — are rushing into mobile games. Supercell is rumored to be raising a round of more than $100 million at a valuation of more than $800 million.

Compare what is going on in mobile with the traditional business. Battlefield 4, a hardcore PC and next-generation console game that EA announced this week at GDC with the release of a spectacularly movie-like trailer, represents the pinnacle of what veteran game developers can achieve. EA has hundreds of people working on the title, which includes lifelike human graphics and pulse-pounding sound. The title is at the high-end of the triple-A spectrum in terms of quality, but it may have a tougher time reaching $1 billion in sales than Puzzle & Dragons. After all, the best-selling first-person shooter game Call of Duty can generate $1 billion in revenues in a couple of weeks. EA has yet to knock that title off its throne.

Those who don’t succeed in making a transition to this new world of gaming are being left behind. THQ and Atari have gone bankrupt. Many console game studios are closing. It is no surprise that EA is in the midst of a change in chief executive officer and that traditional Japanese console game maker Square Enix also lost its CEO this week. EA has about $4 billion in revenue, but among Western game companies, it is a leader in digital games. Interestingly, China’s Tencent, a leading Internet company, also has about $4 billion in revenues related to games. With around $55 billion in market value, Tencent is far bigger than its Western rivals, and it is likely to keep on growing. Companies like it are expanding and will pay dearly to break into the business. Last year, Tencent bought 40 percent of hardcore game maker Epic Games at a valuation of about $825 million. It’s so strange that Epic is worth a fraction of GungHo, and it is probably on par in value with a company like Supercell.

By comparison, Puzzle & Dragons is a relatively simple title built by a small team. It came from a company that was struggling, and it faced tough opposition from some very large competitors. GungHo has a bigger game in mobile today than EA, Zynga, Disney, Gree, and DeNA. David Helgason, the chief executive of game engine maker Unity Technologies, said in an interview that that is a sign that indie developers are going to be successful for a long time to come on mobile platforms even as the major brands storm the platform.

These figures are going to become more interesting going forward as the number of mobile devices climbs into the billions. But acquiring or investing in these small mobile companies at the height of their success is a risky matter. Zynga, for instance, acquired OMGPOP last year for hundreds of millions of dollars only to see its smash hit, Draw Something, come crashing down in the rankings as the fad that drove the game ran out of gas. Mobile games are golden if they can continue to stay at the top of the charts for a long time, but they can lose their value as quickly as they earned it.

Anil Dharni, an executive at Gree, told GamesBeat that you have to invest in titles and franchises that you believe will be around a decade from now. In the meantime, the whole industry is still just beginning to discover what works and what doesn’t. One executive at GDC told me that one of the tests for whether a game will have lasting power as a franchise is whether or not it has a strong community behind it. If it does, then it will be hard for challengers to take on a game that has a grip on a strong base of fans.

GungHo’s title hasn’t been around long enough for us to know if it has that kind of community. So purchasing a company like that has its risks. Buyers beware.