I enjoy writing about the game industry, and sometimes I write 10 stories in a day. This is actually the 13,986th story that I have written in nine years at VentureBeat. That comes out to about 29 stories a week. Every day, I write until I drop.

I could write more stories per day in the future, as artificial intelligence is making great progress. Maybe someday robots can do some of my work for me. People call me a robot anyway, because I do so many stories. Once in a while, I write about me.

It’s easy to fall into the trap that journalism is a craft. You tinker with the writing in a mechanical way until it is just right, or you feel that you are writing about something more intangible like a technology or a company or an industry.

I like to remember that these stories are about people. The gamers. The developers. The leaders. The people behind the scenes. It’s where the emotion of a story lies. And it’s why, whenever I can, I like to include a picture of person I’m writing about in my story. I’ve taken a lot of photos over time, and I wish I were always accompanied by Michael O’Donnell, a far more talented photographer who took the photo above yesterday.

I run my authentic photos with the long Q&As that I do with people in games (like this one). It all reminds me that these are human beings in a world that does so much to devalue what we as humans do. I feel strongly that we should do these deep dives with people, and I love the answers that I get when I ask them, “Do you have anything else to say?”

In 26 years as a tech journalist and 21 years covering games as my “beat,” I never get tired of meeting new people. And I enjoy covering people over and over. I recently interviewed Brenda Romero, who is receiving a special industry award from the British Academy of Film and Television Arts. It was one of many times that we talked over the past decade, and I was happy to catch her at such a moment again.

Yesterday, I was at the Silicon Valley Virtual Reality Association’s event in San Jose, Calif. I was standing in a circle, and Tony Parisi, one of the founders of VR technology, came up to me and thanked me for covering his speech, where he asked, “What is reality?” I’ve followed Parisi for years, and he always has something to say. Some people say I say smart things, but I usually parrot the smart people I listen to. 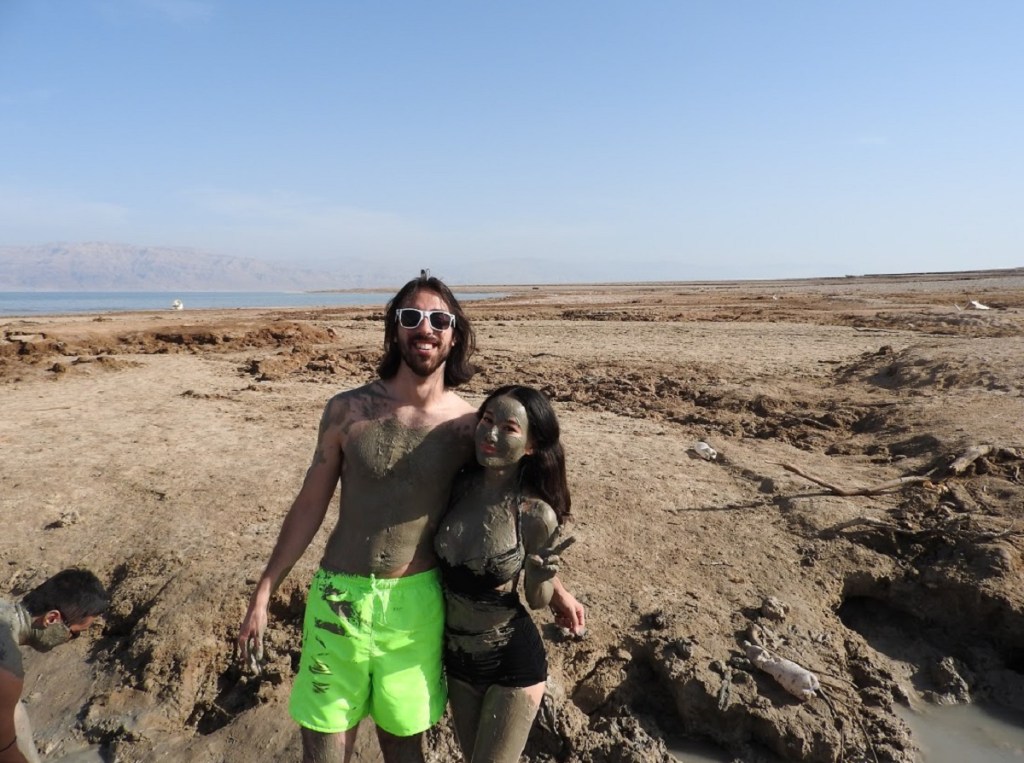 Above: Arnaud Dazin and My Tran at the Dead Sea.

Then, while standing in a circle, I received similar thanks from Arnaud Dazin, My Tran, and Steve Ip. I first met Dazin and Tran in Israel, when they asked me to take a picture of them at the Dead Sea, during a break from a conference.

As our circle widened, Louisa Spring approached us and thanked me for a story I wrote about her former company. It felt good to be a part of something that could make people so appreciative, whether they were part of big companies or little ones. I suppose it is how I change the world.

Then I ran into Chanel Summers, who has been an audio expert in the industry forever. She greeted me with a hug. Then she called Kevin Bachus, the co-creator of the Xbox, and gave the phone to me. I chatted with Kevin, and we reminisced a bit about old times, which I wrote about in a book in 2002.

My job is not about getting thanks for writing a story that makes someone happy. I don’t always agree with the people I interview, and I don’t always write nice things about them. I try to be fair, but I don’t always succeed at that, since I’m only human.

The nature of journalism is to stand apart and be objective. That is the professional way. But I’m here to say that I put a lot of feeling into this job and the writing. I like games and telling stories about the people who make them. Sometimes, I get at the truth. Or so I believe. I usually listen more than I talk.

Some people get really mad at me for the stories that I write about them. But over time, they cool down. Then they talk to me for another story, and then the relationship changes once again. People who were once mad consider me to be a trusted person, and that’s what happens when you are around long enough to see the wheel turn in somebody’s life. 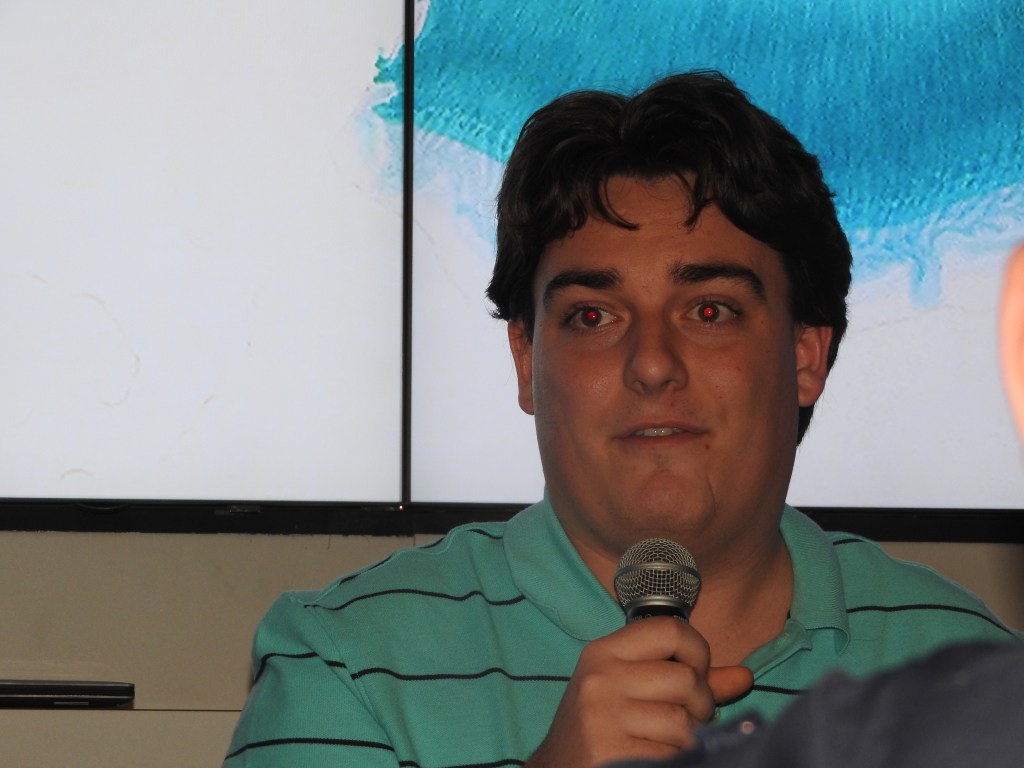 I was sad to see Palmer Luckey, the founder of Oculus VR, leave Facebook yesterday under a cloud, due to both legal troubles and his political activism. I met him when he was just a kid, (well, he’s only 24 now), back in 2012, hawking his virtual reality headset at a trade show table. Then he sold the company to Facebook for nearly $3 billion in 2014, only to lose a $500 million lawsuit with ZeniMax over alleged copyright infringement and violating a nondisclosure act.

Palmer may be lucky enough to enjoy his riches and go live on a beach. I’m not. Often, I get asked if I would like to go do something that makes me rich. Once or twice, I’ve been asked to make games. But I get paid to play games and then talk to the artists who made them. I get to talk to different people every day. I work with a team that is highly motivated to be the best. If I follow the path to riches, it inevitably means that I would no longer do what I’ve enjoyed for so long. Why would I want to go do something else?

Some people said good riddance to Palmer on social media, particularly those who dislike his politics or are maybe jealous of the money he made. But I saw a tragedy in this story, about someone who will no longer get to do what he really loves to do. I sent him a message saying that I was sorry to see him go and that I appreciated his contribution to VR. One of these days, I expect we’ll talk again. That’s because people who start things in games usually keep at it.

I’d love to step back some time from now and hear Palmer’s story. And get at what happened behind the scenes. Not just because it’s sensational at the moment, but also because it would be a story worth telling at the center of the industry, and it affects so many lives. 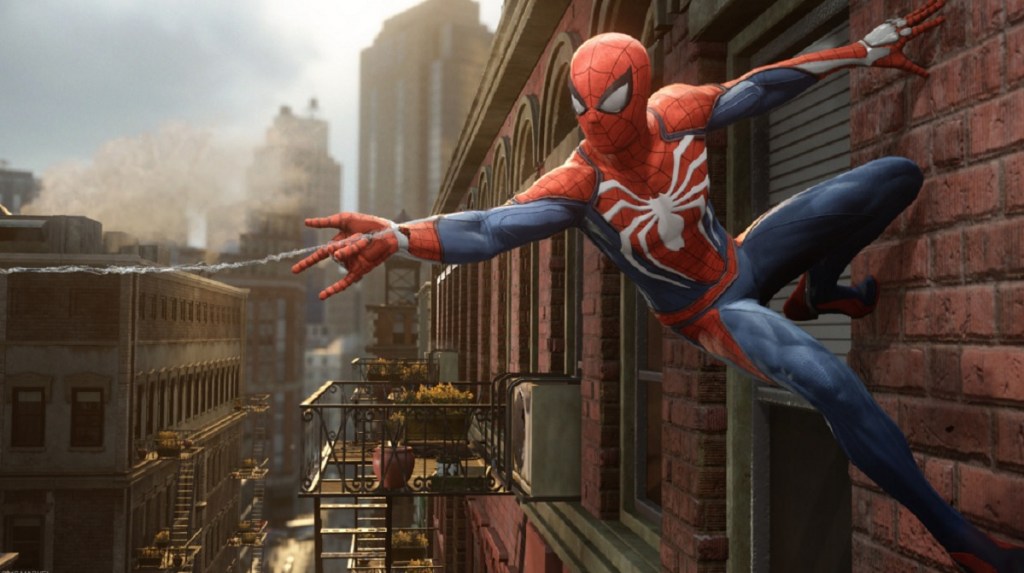 Above: Insomniac is working on a Spider-Man game. I have scores of Spider-Man comic books

What I’m trying to say here is that I have a web of connections that goes around the world and goes back in time. This web of people keeps inspiring stories for me to write, and I feel an obligation to write them. It’s sort of like Spider-Man’s ethos. “With great power comes great responsibility.” (Oh, I parroted a line from Parisi’s speech.) If one thing makes me sad, it is that I can’t write all of those stories. I feel like I contain multitudes of stories, waiting to get out. I should collapse on my desk each night. But there are a lot of times where I choose not to write a story, like when it seems a startup isn’t ready for it.

Every now and then, I like to slow down. I’ll sometimes take a long time to write a story. Or I’ll write one continuous narrative over a series of stories, like my piece about where the game jobs are in the world. I also have to throttle back to play more games. After all, a game writer who doesn’t play isn’t much good.

And I like to organize conferences, like our upcoming GamesBeat Summit 2017 coming on May 1-2 in the luxurious Claremont resort. At those events, we gather the elite of the industry and get the dealmakers together so we can witness big moments, either on stage or during the networking. We introduce small fries to big kahunas. And then we plant the seeds for future stories about the collaboration between them. These events help cement close relationships with game people, and they help us extract more stories about them.

Our GamesBeat events are about my attempt to take the global gaming industry and to make a village out of it, with friends and happy people gathering in communion. I’m a quiet and introverted person. I read Susan Cain’s book about quiet people, Quiet, and it helped me come to terms with that.

But I’ve met and befriended thousands of people over the years (sadly, I forget some of them), and I have no problem getting up on stage to talk in front of hundreds of people because they are part of my community. I think this is one of the keys to being happy in your work. If you can pull a community out of the larger world and make that into your own, you will gain comfort. And then you should remember to keep seeking out new people and inviting more of them into that community, to gain a different perspective of the world. Or to change it. 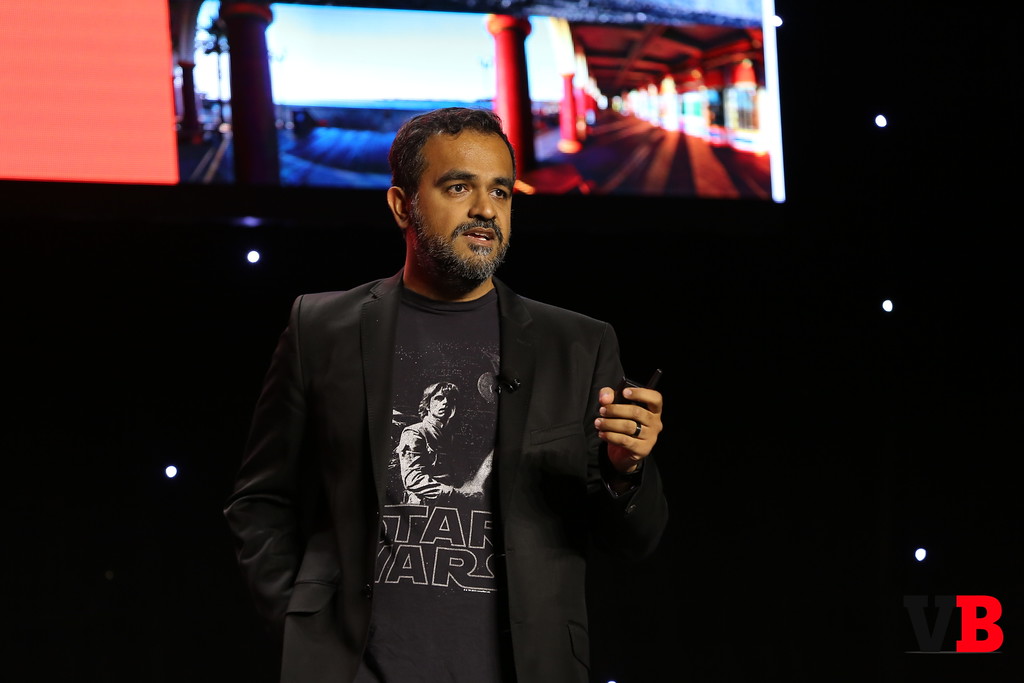 This time, we’re going to do an event for the geeks in all of us. It’s about the inspiration cycle that happens between games, real-world technology, and games. It’s like how Neal Stephenson’s 1992 sci-fi novel, Snow Crash, inspired virtual worlds and spawned a thousand game startups, and how people like Tim Sweeney, CEO of Epic Games, are still talking about Snow Crash today. I still remember Will Wright telling me, “A dog-eared copy of Snow Crash is the business plan for every startup in Silicon Valley.” We’re also going to hear from John Underkoffler, science advisor for Minority Report. He will talk about the gesture-controlled computer that inspired things like the Nintendo Wii and Microsoft’s Kinect.

Now we are getting our material from new shows like Westworld, where, as Parisi noted in his speech, we will be immersed in a future where we can’t tell what is real and what is not. We’ve also got inspiration from the big screen coming, with the upcoming film Ready Player One, a Steven Spielberg movie based on the book by Ernest Cline.

I explained this idea for a conference to Jamil Moledina of Google Play. He once ran the Game Developers Conference, he’s a science fiction novelist himself, and he immediately got the idea about how people are thirsty for inspiration from across industry lines. That’s why I asked him to be emcee at our GamesBeat Summit. He’s part of a big giant company that might one day deliver the A.I. that takes over our world and invades our games. But I think of him as the guy on my Facebook feed who likes dressing up in Star Wars and Star Trek outfits. I’m hoping he’ll wear one to our event, and I hope you’ll come see us there.

As a community, we’ll be searching for the next big thing, wondering what will happen in this cycle as real-world technology catches up to the visions of science fiction and games, and figuring out how we’ll have to move that all forward to keep us wondering about what dreams may come.