When I learned that Ghost of Tsushima, an authentic samurai swordfighting action-adventure game, was under development at Bellevue, Washington-based based Sucker Punch, I did a double take.

How could Sucker Punch faithfully reconstruct the samurai world and accurately depict the 13th century Mongol invasion of Japan? I asked Chris Zimmerman, cofounder of Sucker Punch, about this, considering the game studio was making the title for Sony, a big Japanese company where tradition runs deep. Why wouldn’t Sony get one of its many Japanese developers or studios to make this game? In games with so much fine detail, how could an American team get the authenticity right?

This question made me think about outsiders, insiders, and who is really best at getting a good perspective on a particular gaming world. It is a question that Zimmerman took seriously. 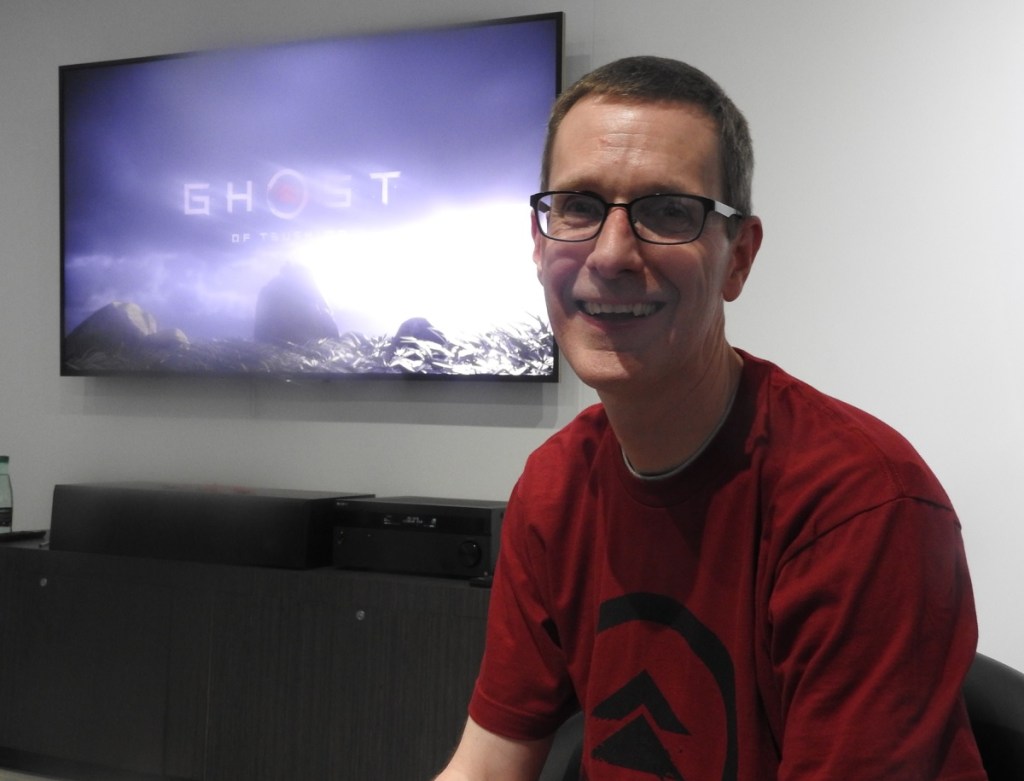 “This is important to many people at Sony, that we get this right. We have a lot of support both from people in Japan and native Japanese people working in the states. We’re a multicultural studio as well, so that always helps,” Zimmerman said. “We’ve worked hard to make sure we’re bringing in appropriate people to help. Whether that’s talking about syncretism in Japanese religious life, or getting the details of a conversation right, or making sure the swords are accurate, it’s been great to assemble the team we have.”

But the goal is not to make a game that only Japanese gamers would enjoy. Certainly, Sucker Punch wants those fans to be happy. But it also wants to step outside of that culture and tell a story that is bigger, so that every fan can enjoy it.

“When we did the trailer we showed last fall at the Paris game show, we did it in Japanese and put it out in Japan, and it got a zillion views. People were excited about it,” Zimmerman said. “They don’t think we’re going to make the same game that a Japanese studio would make about this time period, and that’s okay. We’re going to tell a story that we hope is universal, that everyone can relate to, that’s our take on this time and place. We hope we can take people back there, and I think we’ve been relatively successful so far. Fingers crossed that we can pull it off all the way.”

I’ve written before on how outsiders can get a unique perspective on a community that an insider can’t see. War correspondents in Saigon were better at seeing the unwinnable nature of the Vietnam War in a way that Pentagon reporters could not. The investors who were immersed in the Internet Bubble of 2000 failed to see the coming crash in a way that outsiders could. The insiders had blind spots.

This is the kind of thing that Marshall McLuhan, author of Understanding Media, recognized so long ago when he said “the medium is the message.” If you don’t realize this, you might be easily misled by someone who does, like a politician. 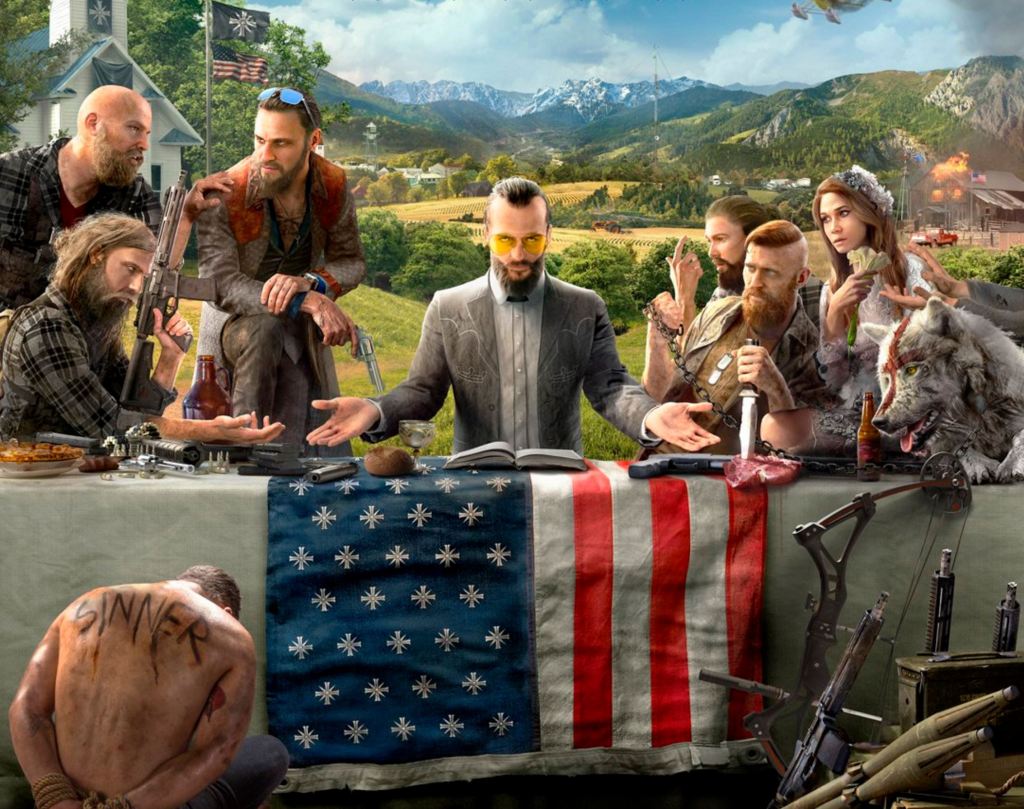 And when I look back at some recent Triple-A games, it is interesting to see who made them and who didn’t. An American game studio didn’t make Far Cry 5, the latest in a series of first-person shooter action-adventure games that depict extreme violence in beautiful settings.

The game was set in the fictional Hope County, Montana, and it showed the lifestyle of militias and cultists hiding from government oversight. It was built by Ubisoft Montreal, a Canadian outfit. They hired local cult experts and immersed themselves in Montana and its cult society and emerged with their own perspectives on a dangerous subculture of America that others weren’t so worried about.

Far Cry 5’s politics of nativism became more interesting because of the election of Donald Trump as President of the United States and the rise of nativist voices that previously seemed like they were on the fringe. It took Ubisoft Montreal to warn us to pay attention. 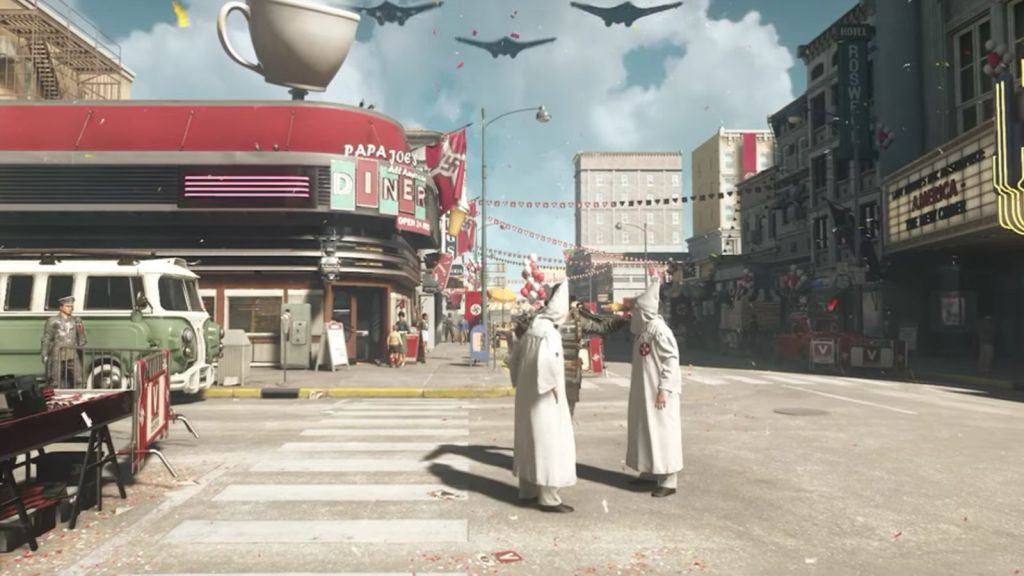 Similarly, it took the Swedish game studio Machine Games to show us what a Nazified America would look like in an alternative history if the Germans won World War II. Jens Matthies and Tommy Tordsson Björk had a lot of insights about Nazi attitudes that were also embedded in America, and they picked up their cues on American culture while growing up watching American TV shows in Sweden.

In another example, David Cage and his French game studio Quantic Dream delved into the future of American society as it becomes overrun with human-like artificial intelligence servants in Detroit: Become Human. 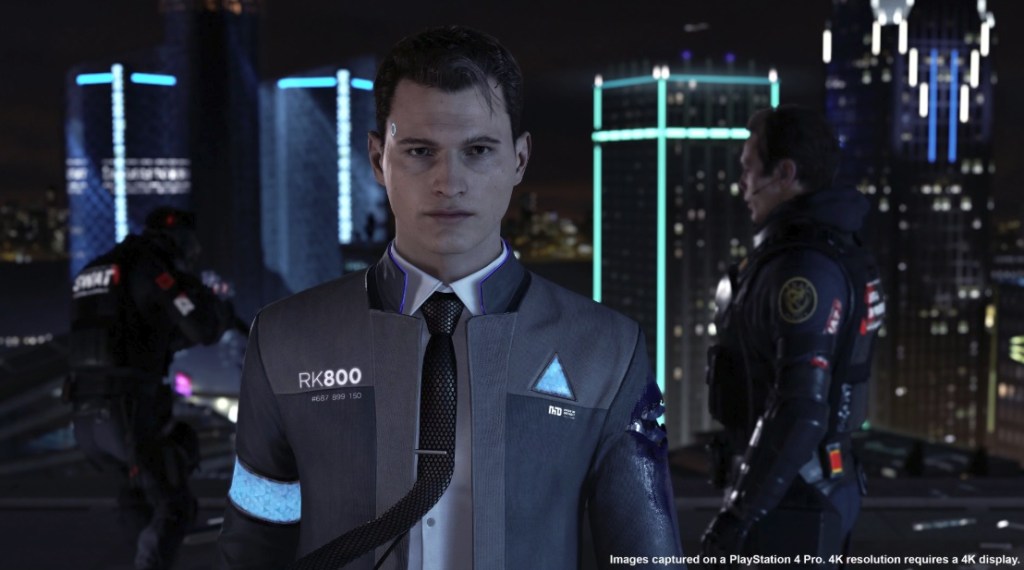 Many critics noted that Cage’s perspective was fairly superficial, as he drew parallels between the enslavement of androids and the oppression of black people. For instance, it was pretty heavy-handed to have a scene where the androids had to stand in the back of the bus while the humans got to ride in the front.

In still another example, the Polish game publisher CD Projekt Red is making Cyberpunk 2077, a science-fiction game set in a futuristic American city with intensely rich details that are worthy of a Grand Theft Auto game. 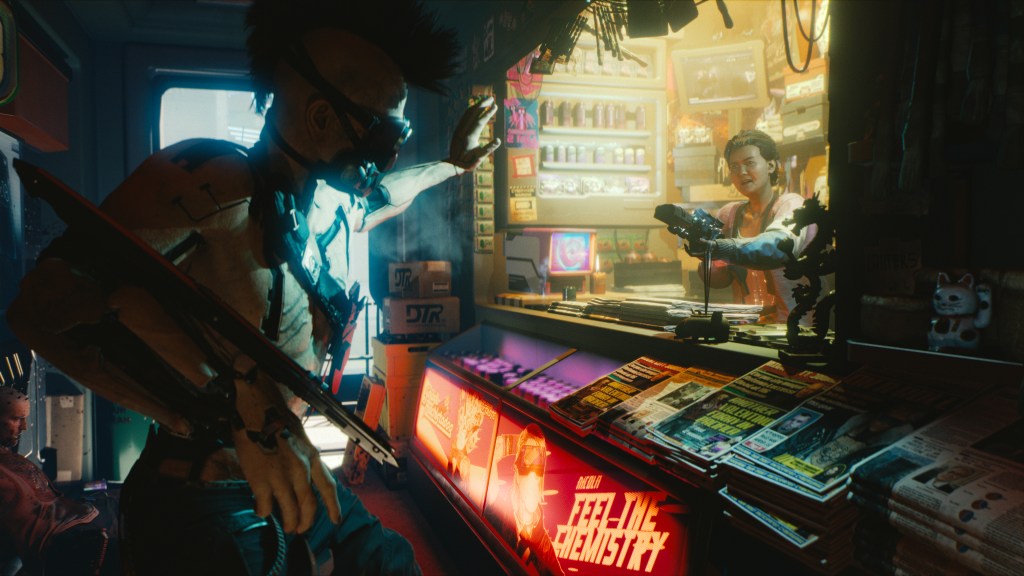 As an aside, it’s worth noting that Rockstar Games has been making its true-blue American renditions of the Wild West (Red Dead Redemption) and urban culture (Grand Theft Auto) for years, with two English imports, Sam and Dan Houser, at the helm.

Occasionally, the outsiders take a swing and miss. But I am intrigued at the possibilities before us as the game industry becomes more and more global.

For sure, we all remember the disastrous cultural miscommunication in the Japanese game (translated by Europeans) where the aliens say, “All your base are belong to us.” But in a global society, the barriers can fall, and it’s not inconceivable that the Russians could one day make a better game about us than our own home-grown American game studios.

Sometimes, outsiders can judge us more dispassionately and objectively than we can ourselves. The truth hurts, and we always see ourselves as more beautiful or smart than we really are. Stepping outside of who we are and getting a new perspective on the world is what games are all about. And we would all do well to remember that as we create the messages and meaning behind universal games that everyone can appreciate.