In the past week, we’ve learned that PC gaming is going to have an outstanding 2015. Microsoft’s revelations about its Windows 10 operating system show that it is investing heavily in games on Windows, even as it forges ahead on the Xbox One game console.

Microsoft ticked off a bunch of features that gamers will love. These include the game DVR, or the capability built into the operating system to be able to record a game session and share it with friends via an activity feed. Another is DirectX 12, the graphics software for the PC that Microsoft claims makes existing games run as much as 50 percent better. You’ll be able to play games cross-platform, with PC players challenging others on consoles or mobile devices. And you’ll be able to stream a game session from an Xbox One to the Windows 10 PC or Windows mobile devices — something that the PlayStation 4 does not offer.

“We will treat gaming on Windows 10 with as much passion and energy as we have on the Xbox One,” said Phil Spencer, head of Xbox, speaking at Microsoft’s Windows 10 event this week.

Partners like Nvidia are also racing forward. The graphics chip maker just announced its new GeForce GTX 960 graphics chip, which will take Maxwell-based 3D graphics into $200 videocards, or the sweet spot of the PC market. Since Nvidia launched its high-end $500-plus cards in the fall, the company said it has sold more than 1 million chips to PC enthusiasts, who have spent more than 100 million hours playing games on Maxwell-based computers. And now the players who are playing hits like multiplayer online battle arenas (MOBA, think League of Legends or Vainglory) will have a reason to upgrade their systems.

The GeForce GTX 960 has a feature known as dynamic superresolution, which renders a game in 4K in the background and outputs it to whatever quality your device can display, such as 1080p (the high-def TV standard). That means that the latest GeForce GTX 960 computers will be able to render games in better quality than the Xbox One can on a big screen TV.

Above: The GeForce GTX 960 can make images look like 4K resolution on an HD monitor.

For sure, the PC is always evolving and taking advantage of new hardware while console technology is mostly static after a launch. So it’s only natural for the momentum to return to the PC. But this doesn’t happen automatically, just because of a new tick of Moore’s Law, or the doubling of computing power every couple of years. It requires constant reinvestment in the PC platform so that it can race ahead.

Ecosystem partners have questioned Microsoft’s commitment to games on Windows. But after yesterday, when Microsoft announced it will make Windows 10 free for a year (for those who own Windows 7 or 8) in order to boost adoption, you can no longer accuse the company of sandbagging on the PC.

We can think of this as a kind of pendulum. It’s just like 2013, which was a great year for game consoles. During the launch of the PlayStation 4 and the Xbox One, PC gamers felt like they weren’t getting enough love. Those consoles are enormously successful, and they’ve sold nearly 30 million systems to date. Consoles stole the attention and the imagination of game developers.

But in 2014, PC games did great. Nvidia calculated that 338 PC games debuted in 2014, compared with 146 on the PS4 and 98 on Xbox One. People also spent 179 million hours watching the League of Legends Championship finals — on the PC. We can expect to see a lot of outstanding PC games this year, including multiplatform releases such as Dying Light, Evolve, and Fable Heroes. And some lucky fans will be able to play those games at superfast frame rates on gaming monitors that can display images quickly in 4K resolution or better.

I’m also encouraged by the PC’s openness. Even as it added features, Microsoft was careful not to kill its golden goose. Spencer said that Valve’s Steam digital download store will be able to run just fine on Windows 10. Valve was so concerned that Microsoft would establish its own store as the primary destination on Windows 10 that it came up with a contingency plan, Steam Machines. The Linux-based PC gaming systems would ensure that you would be able to play your full Steam library on your computer or your TV, wherever you want. Microsoft also touted this capability with Windows 10, as you’ll now be able to stream your Xbox One game sessions to the PC or Windows mobile devices.

Now, Valve can’t sell its Steam Machines on fear alone. It will have to justify the existence of an alternative gaming PC platform. 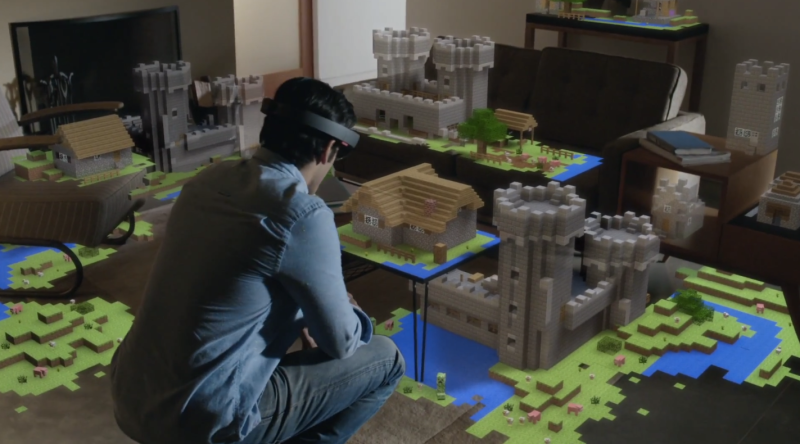 Above: Microsoft’s HoloLens, in action.

Microsoft also showed us the frontier. It’s no secret that the open PC platform is the best place to experiment with new gaming experiences. Facebook’s Oculus VR has reignited interest in virtual reality through its Oculus Rift goggles, which show you amazing virtual worlds while connected to a computer. Virtual reality is stirring a huge amount of excitement among developers, with some of the world’s best game creators forming virtual reality game studios.

Microsoft went a step further by showing its Windows Holographic augmented reality platform and its Windows HoloLens augmented reality headset. The possibilities for gaming on these platforms cold be huge and entirely original. Ideas like these could turn those who don’t play games, like our own Jordan Novet, into gaming enthusiasts. Novet used the headset to play around with Minecraft in a faux living room, and he loved it. I heard the same from gamers as well, like P.J. McNealy of Digital World Research.

“The HoloLens demos were fascinating and fun,” McNealy wrote. “Seeing is believing with these demos, and Minecraft will definitely be the most talked about.”

McNealy has been around for a while, and he usually doesn’t fall in love with brand-new stuff.

“We have bigger hopes and higher aspirations for Windows,” said Satya Nadella, CEO of Microsoft, at the Windows 10 event. He said Microsoft would pursue “excellent and world-class work” when it comes to creating gaming experiences.

If some of this goodness comes to pass and it all works well, we’re going to love our Windows PCs again.

This week, companies like Microsoft and Nvidia showed they’re putting the gamer at the center of their efforts, and that they’re investing in the PC as a platform. That’s good news for all of us. 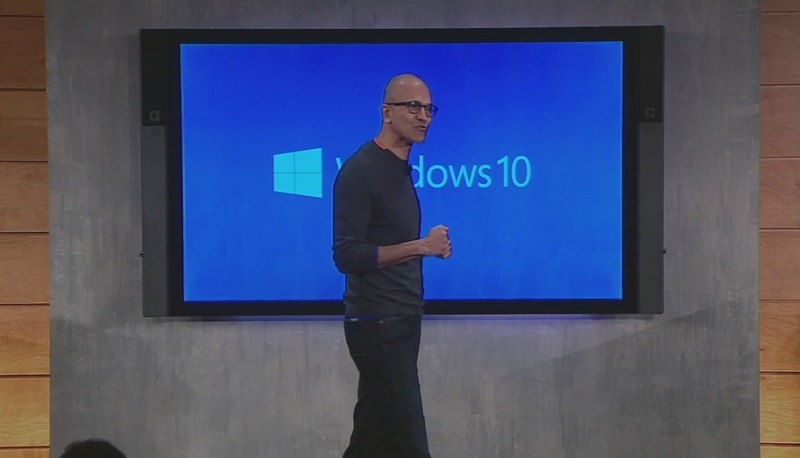 Above: Satya Nadella, CEO of Microsoft