After months of debate, it’s time to decide. What next-generation console will you buy?

Having played both, I don’t have to decide. I’ll be playing games on both the Microsoft Xbox One and the Sony PlayStation 4 for years to come. But most gamers aren’t going to purchase both machines. They’re going to choose the blue pill or the red pill and go down the rabbit hole. I’ve marshaled my best advice in preparation for questions from shoppers.

Above: Xbox One PS 4 combo controller

I think that GamesBeat editor-in-chief Dan “Shoe” Hsu made some good observations about which box is better right now, but I don’t unconditionally agree with him. The winner is the XboxOnePS4. Each side has its advantages and neither is going to completely trounce the other one. Both are going to have great games and content over time. Your answer will be different from mine. And every gamer is going to be different.

My profile is heavy on Combat, Strategy, and Action. But I enjoy games like Rocksmith, Knack, and Zoo Tycoon, particularly on those days when I play with my kids. And I’ll experiment with a lot of indies in search of the next Journey. I’ll even join in on a game of Super Mario Bros Wii U when my kids are entertaining their friends. And the new mobile game universe is stealing time away from console gaming. The iPad has a winning title in Clumsy Ninja from NaturalMotion. Before I tell you which console I think you should buy, I’ll want to know a lot about your gaming habits.

I’ll spread my love across multiple platforms. I’m a console maker’s worst nightmare when it comes to gamer loyalty. After all, if you ask me what I love, I’ll say it’s games. Nobody has a lock on creativity.

But if you press me for what I would spend $400 or $500 on, I’ll choose the Xbox One for now, mainly because I like its controller better for combat action, and it will be a better platform for titles like Call of Duty: Ghosts (thanks to timed exclusives on new maps favoring Microsoft). I’m itching to play exclusive titles like Halo 5, Dead Rising 3, and Titanfall. Ryse: Son of Rome was a pleasant surprise, even though I’m the only game critic in the world who liked it.

But I’m going to switch sides to play Sony’s PS4 exclusives, Knack and Killzone: Shadowfall. Sony’s slightly better graphics might lure me over for the most demanding games, but I can’t tell the difference yet in any of the games I’ve looked at — even Call of Duty: Ghosts, which reportedly looks worse on the Xbox One at 720p resolution but seems good enough to me. And I don’t want to wait for Call of Duty: Ghosts maps to show up late on the PS4.

I’ll choose Sony in the future when they knock it out of the park with a game like Uncharted 4 or The Last of Us 2. But it may take a while for those games to show up. I’m going to give Sony a fair shot during this season, but my default will be the Xbox One.

I’ll probably play cross-platform games that are out now on the Xbox One, largely because of the controller difference. But that won’t always be the case. When Bungie’s Destiny comes out, I’m very likely to play that one on the PS4, as Sony’s box seems like the default console for that game. Yet Destiny isn’t the best thing that I see coming. Respawn Entertainment’s Titanfall, which is an exclusive for the Xbox One, looks like it is the most outstanding game on the horizon.

I find that to be ironic. During the summer, Sony positioned the PS4 as a gamer’s game machine. Microsoft positioned the Xbox One as an entertainment nexus. Sony’s box was more powerful at running games, while Microsoft’s was more versatile. Yet the Xbox One has the best game coming. Sony’s got a lot of outstanding game studios. But Microsoft has a lot of cash to spend on exclusives.

Above: Titanfall is a multiplayer title coming from Respawn Entertainment.

I am not that price sensitive when it comes to a console purchase. For those of you who are, Sony is the better choice. Just a glance at Sony’s box, which is a lot smaller than Microsoft’s tells me that it will have a cost advantage over Microsoft’s box for the foreseeable future. That’s a big advantage to have in a competition that could last five years or more. Sony will be able to consistently deliver better value, and my guess it will consume less electricity over time. I really don’t think that Kinect justifies the higher cost of the Xbox One, which sells for $500 versus $400 for the PS4.

I imagine the fans are going to throw hate at me for this choice. You may see it as wishy-washy, but I see it as choosing the best option without blind loyalty to any system. The truth is, both consoles will prosper this season. The fan boys will keep demand strong through the holidays. I would love to mash these consoles together into the same machine because I see strength on both sides. Sony will likely come up with better downloadable indie titles, and Microsoft will probably lag on that front, despite its own investments in that category. 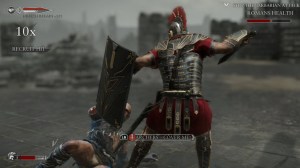 The user interface seems like a toss-up. Microsoft’s interface makes me want to touch my TV screen and swipe sideways. Sony’s makes me squint. I can’t say that either one is really brilliant. But if Kinect can truly learn to calibrate itself on my voice, then I think Microsoft has a winner. I’m looking forward to fast-forwarding in a movie using voice commands. But I hope it works better than the voice commands to send your troops into battle in Ryse: Son of Rome.

I don’t see the game that is going to truly win me over yet. For most of the last generation, I was loyal to the Xbox 360. But when I played The Last of Us on the PS3, I totally switched sides. I have complete faith in Sony that it will do something similar this time around. I am very much hoping that the digital realm and cloud-based technologies will come to fruition on these consoles. But I don’t see that happening just yet.

The bottom line is that both systems have their selling points. After a few decades of gaming, I know my tastes. The Xbox One will serve me for now. You will learn your tastes too. And when you add it all up, you may come up with a different conclusion from me. I’m OK with that. Because we’re all going to win.