Ubisoft‘s Massive is shooting for high-end graphics and an immersive experience with its upcoming next-generation console and PC game, Tom Clancy’s The Division. The postapocalyptic combat game will use Ubisoft’s Snowdrop game engine, which the French video game publisher says will produce unprecedented levels of graphics detail. 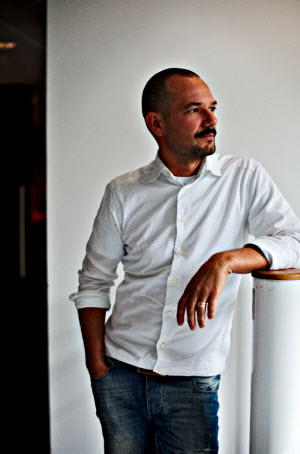 Above: David Polfeldt, the managing director of Ubisoft Massive, which is making The Division.

David Polfeldt, the managing director of Ubisoft Massive, is knee-deep in the creation of this massive game, which will debut on the PlayStation 4, Xbox One, and Windows PC. He has an army of 200 developers making the game. So we asked him what it was like to develop on these powerful machines.

The Division is a lot more complicated than games for current-generation systems, and that’s why Polfeldt is glad he isn’t making versions for the older machines. And the improved PC-like tools for the systems — and the fact that they use the same Intel-based x86 chip architecture as the PC — has vastly simplified the process of making games. But that is also making the team much more ambitious in using everything the system and the Snowdrop engine can provide to fill out an ultrarealistic version of the New York City, which has been devastated by a plague in The Division.

Is it easier to make games on the new consoles? Polfeldt will know when he’s done. In the meantime, he answered our questions about what it’s like to developer for the next generation of consoles.

Here’s a transcript of our interview with Polfeldt.

GamesBeat: Do you have some thoughts on how easy it is to work on next-generation development, or how hard? What is it like compared to your expectations, now that you’re deep into it?

David Polfeldt: We were, as you know, a PC studio. We were always working on our own technology that we were happy with. World in Conflict was very beautiful in its day. We still have that same technology, new permutations of it. And when we started working on The Division, it was a PC-focused game.

Then our technical director called me into a room one day and said, “Hey, Dave, take a look at this.” He had the specs for the next-gen consoles. We got goosebumps, literally, in the meeting where we saw these specs, because it was our home turf. These are machines where we can perform extremely well and build games in a way we understand on a deep level, which I’ll admit we can’t do with the current generation very much.

For us it’s a generation of consoles that are enormously developer-friendly. They’re also quite similar in structure, which means that we can spend a lot less time on making adaptations to get the same result. I’d say 20 percent of the dev time on current-gen hardware used to be, or still is, spent just making sure it runs on both platforms. Now you can spend most of that time on the game instead.

GamesBeat: Mark Cerny, from Sony, has given out most of the information about the way they thought about designing a console. He said it took people as long as a year to get a prototype up and running on the Cell at the very beginning because it was so different from what people were used to. When they switched to x86, they felt like they were making a choice to go toward something that everyone knew. Because it’s PC-style architecture and everyone knows how to make PC games, the time to get a prototype up and running was very short. Were you excited about this?

Polfeldt: To be honest, we’ve never worked in our own tech with current-generation consoles. The work we’ve done for consoles has been based on other Ubisoft engines. We were never faced with the challenge of trying to build prototypes on an engine of our own using current-generation hardware. So I can’t make a direct comparison. I can definitely say, though, that with Snowdrop and what we’re doing now for next-gen, it’s basically instant.

It sounds stupid, but the way I described it once was that on current hardware, for us – although maybe this is because we’re not used to it – it’s like if you’re a painter and you have a great idea, but first you’re faced with having to make a brush and paint from scratch. There’s a great distance between the idea and what the hand can create. To me, the next generation is reducing that distance very much. Here’s a great brush. Here’s some great paint. Tell me what you want to do as an artist. It’s much more immediate, at least for us. 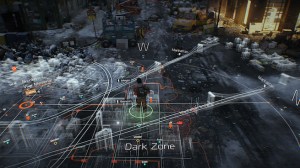 GamesBeat: You said you like the very high performance. As to what makes it easy to work with, would you say that it’s because it’s very PC-like, or would you sum that up in a different way?

Polfeldt: They are like PCs. At least in my mind, that’s a good thing. No matter how you look at it, most of the developers in the world today are in an environment where their tools are PCs. People are enormously PC-savvy, even if they’ve been working on console games. Almost every engineer, every artist, is competent with a PC. To have a console that is similar, or similar-ish, means that you’re using all of that competence and built-up experience in a more direct way.

GamesBeat: Is there another hurdle that comes into place? If you can get a prototype out very quickly, what then becomes the hard thing to do about making a next-generation game?

Polfeldt: One debate that I find myself in now and then — I seem to be the guy with the weird opinion. I would argue that, because the machines are more capable and because the developers are more experienced on average, we could do this with smaller teams. To me it’s like in any type of construction work. Ultimately the machines and the competence and the ability to plan and so on mean you can do more with fewer people.

Most other people I talk to, though, expect us to need huge teams. We’re talking about 700 or 900 people. That becomes an enormous financial risk, and very difficult just from a process perspective. It’s very difficult to lead a team efficiently when it’s that large. That’s becoming a big problem.

Maybe these people are right, but I think you could also argue that we could do this with fewer people. We have better tools, better machines, smarter people, more experience. Homo sapiens in general, we’ve been doing games for quite a while. We should be able to improve our processes. But every time I say that, people just look at me like I’m weird, like I can’t understand what’s going on. [Laughs] Who knows? 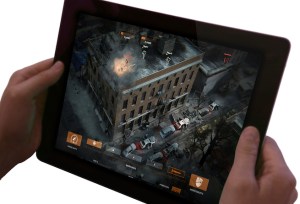 GamesBeat: Have you wound up with a large team on the Division regardless?

Polfeldt: We don’t have the largest team by any means. It’s not just me. There’s a bunch of people on the team who take a great deal of pride in making a lot with not too many people. Why that’s important to us I’m not quite sure, but it seems to be something that a lot of people at Massive talk about. “I did this alone,” or “I did this with only three people. Look what we could do over here.” It’s almost like a little game that we play with each other, to do more with less. But still, we have more than 200 people on the team right now.

GamesBeat: It seems like one of the short-term challenges other developers face is that they have to make everything four times on four platforms — Xbox One, Xbox 360, PlayStation 3, and PlayStation 4. That complicates matters. But you’re not doing that.

Polfeldt: At the moment, yes. It’s an enormous complication, because they’re quite different. The Xbox One and the PlayStation 4 are quite similar, so if you’re generous, you could say that’s one project. But PS3 would be another and 360 would be a third one. Of course it’s a great effort. We just skipped the current generation entirely. [Laughs] That allows us to focus on what the new generation is capable of doing. We’re able to be very specific with graphics, for instance, where we’re maxing out on next-gen in many areas. We couldn’t have done that if we had to take the current generation into account.

GamesBeat: I wonder if it becomes easier to do the PC version at the same time you’re working on the Xbox One and PS4.

Polfeldt: I’m not able to speak for other studios, but on our side at the moment it’s one project. It started as a PC project, and now it’s all three platforms as one. The reason we announced The Division for next-gen only was really because we weren’t sure we would be able to get the controls and the interface right. It wasn’t for any technical reason. It was already running on PC quite a while back. But the control scheme and the UI still require different approaches. That’s why we started thinking of it as next-gen only.