The Disney Afternoon was my everything.

The cartoon block featured the greatest shows a kid could ask to grow up with. DuckTales, Chip ‘n Dale Rescue Rangers, and Darkwing Duck weren’t just an onslaught of cheap gags and over-the-top visual humor (you can keep your Adventure Time, thank you). Those shows took showed us real adventures. And the games based on the cartoons made us be a part of them.

The Disney Afternoon Collection is the latest retro-compilation from developer Digital Eclipse, which created the Mega Man Legacy Collection for Capcom in 2015. These games are also from Capcom’s 8-bit endeavors on the Nintendo Entertainment System, arguably the studio’s golden age. The collection is out now for PlayStation 4, Xbox One, and PC.

None of the games in the compilation have the draw of Mega Man, but they are some of the best side-scrollers ever made for Nintendo’s classic console. And this collection is an easy way to play all of them without spending hundreds of dollars for the original carts or figuring out the best emulator for your PC or Mac. Or it could help you get hyped up for that upcoming DuckTales reboot. 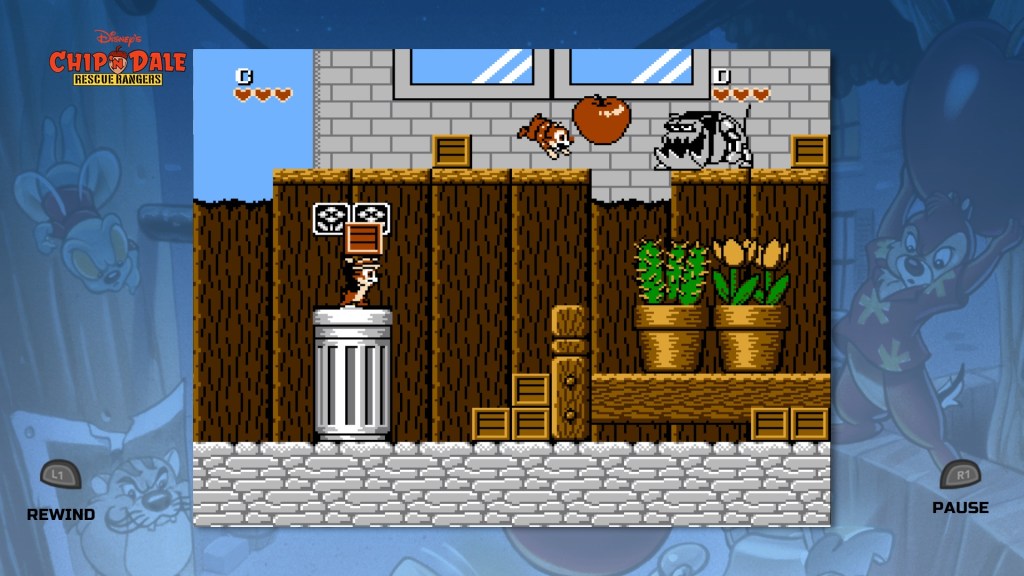 Above: Everyone knows that robot dogs are weak against apples and boxes.

Every game in the collection ranges from good to great.  Let’s talk about each one a bit.

The earliest and best of the bunch. You bounce around on Scrooge McDuck’s cane like a pogostick, which makes for some interesting platforming challenges. It also has one of the best video game soundtracks ever. Unlike the recent remastered version, this is the original version of the game (which I prefer, since I love my 8-bit graphics).

This is kind of like Super Mario Bros. 2, also having players pick up and throw objects as their main means of attacking foes. But it’s a faster game (Chip and Dale and run pretty quickly), and two people can play at the same time thanks to the co-op mode.

Probably the least exciting game in the collection, but it’s still a fun time. TailSpin is simple side-scrolling shoot-them-up, with the added twist that players can turn their plane upside down to backtrack and shoot enemies on the other side of the screen.

Capcom basically made a Mega Man game with a Darkwing Duck skin. Considering that Mega Man is one of the best action-platformer series ever, I see no problem with that.

Plays similarly to its predecessor, but it has better controls (you just need to press B to pogo jump, instead of pressing B and down at the same time).

Again, similar to the first one. But this time you can throw the other player as a weapon, so it has that going for it.

If you’re a fan of classic games from the NES era, you’ll have a good time with all these — whether you remember them from your childhood or if you’re playing some of them for the first time. They all feature catchy music and some of the best sprite work created for Nintendo’s classic console. 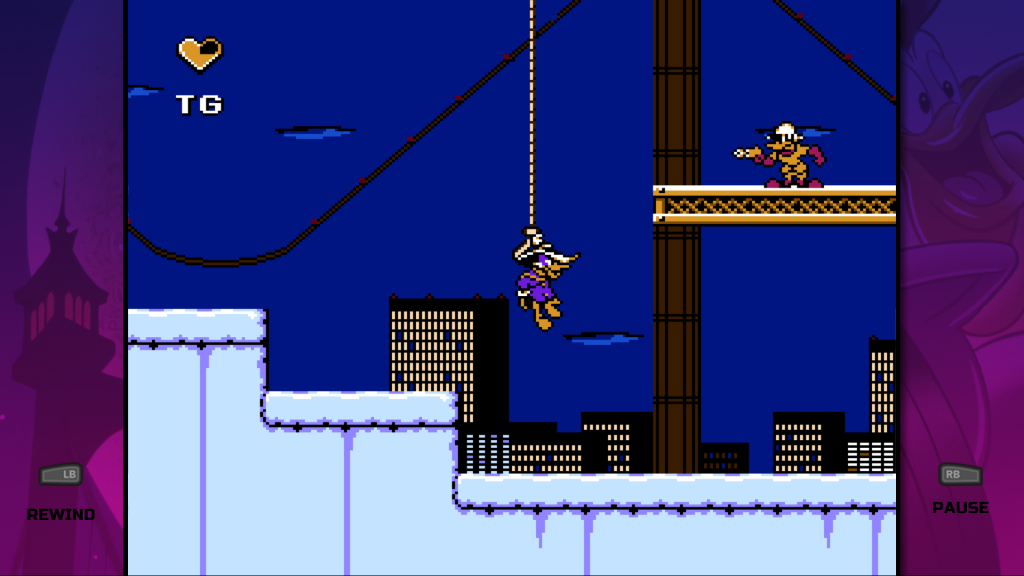 If you were paying attention to the game’s dates, you probably noticed that DuckTales 2 and Rescue Rangers 2 came out very late during the NES’s life. Remember that the Super Nintendo came out in the U.S. in 1991. The late release of those games made them hard to find. You’d have to spend hundreds of dollars to get your hands on an original cartridge.

This collection makes it possible to legally own those games without having to put a serous dent in our checking accounts. If you’re like me, it feels playing secret NES games that some archaeologist dug up from a temple of lost 8-bit treasures It’s great having a way to easily play all of these games, but Digital Eclipse has added some goodies to the package. You can listen to each game’s soundtrack and check out promotional and concept art galleries. Each also has Time Attack and Boss Rush modes.

Most important, you can easily rewind in each game now. This will help less skilled players (or impatient ones) beat every title without having to lose significant progress with every death.

They are what they are

I can’t think of anything that I don’t like about the collection. I love these games, and this is an attractive package filled with nice bonuses. But if you don’t have any nostalgia for this of kind of 8-bit adventuring, you may not get as much out of the collection. If you’re a younger Disney fan used to licensed games being apps on your phone, these older games might confuse you more than entertain you.

To get a full appreciation for the collection, you need to be equal parts Disney nerd and retro gamer — or at least open to giving old games a try. 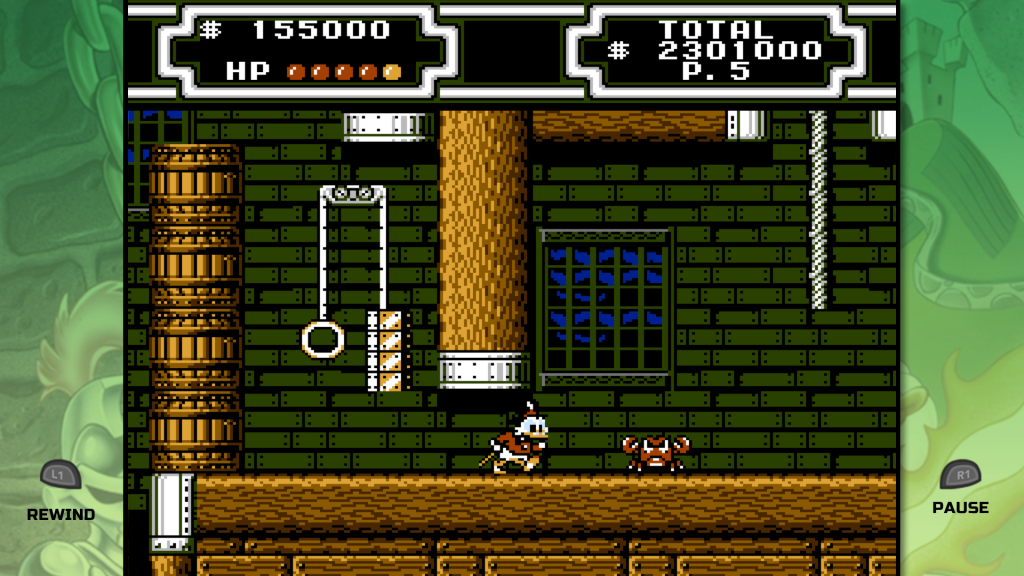 Yes, nostalgia plays a big part in my enjoyment of these games, but I don’t have blind love for The Disney Afternoon Collection. These side-scrollers have just as much charm now as they did in the late ’80s and early ’90s, and I’m thankful I can finally own DuckTales 2 and Chip n’ Dale Rescue Rangers 2 without spending hundreds of dollars at a retro gaming store.

This is a loving and handsome collection. If you had any affinity for these games growing up, I guarantee that they’ll still make you smile.

The Disney Afternoon Collection is out now for PlayStation 4, Xbox One, and PC. Capcom provided GamesBeat with a digital PC copy for this review.