Marion Hamplestein is a glass-half-full kind of person. Her warm, motherly voice makes it sound like everything is going to be OK. Just make sure you don’t get any blood on your clothes. She wouldn’t like that.

Hamplestein is one of the many resilient survivors you’ll meet in The Division (out now for PlayStation 4, Xbox One, and PC). The online third-person shooter from developer Ubisoft Massive combines a huge open-world with role-playing game systems. You play as a member of the Division, a secret network of sleeper agents who have to help restore order in New York City after a deadly disease killed a large chunk of the population.

The online RPG shooter category is quite small, so the only other game The Division directly competes with is Destiny. But Ubisoft managed to avoid Destiny’s major pitfall when it launched in 2014: the lack of interesting content. It took me more than 40 hours to finish The Division’s story. I had a great time just playing through that by myself.

Sadly, I can’t say the same thing about its multiplayer features. And the new activities that appear after you finish the campaign are tedious at best. 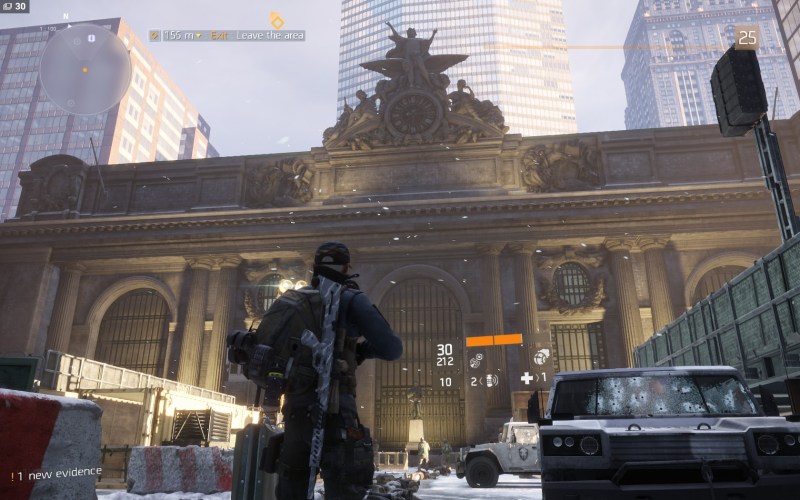 Above: Grand Central Station and other famous NYC landmarks appear in the game.

Taking back the city, one block at a time

Describing something as a slog usually isn’t a good thing, but that’s exactly what The Division is — and in this case, it works. Once the city fell, different enemy factions took over Manhattan’s neighborhoods and filled it with their minions. Rescuing a beleaguered city from criminals and other gun-toting lunatics isn’t an easy task.

Your first introduction to this violent world are the hoodie-wearing Rioters, who attack wildly with baseball bats and handguns. Soon afterward you meet the Cleaners, a cult-like group that believes the only way to get rid of the disease is to burn everyone — living or dead — with napalm. In other parts of NYC, the well-armed Rikers (escaped convicts from the Rikers Island prison) are in control. They usually have people who charge toward you with shotguns and at least one sniper who’s waiting for you to stick your head out of cover.

The most dangerous faction is the Last Man Battalion, a private military company with soldiers that have almost all the same fancy weapons you do. They try to outflank you or use automatic gun turrets to make your life a little harder.

The Division kept testing me with different enemy configurations and strategies, which forced me to try weapons and abilities I wouldn’t have used otherwise. I never felt bored or overpowered. Though the fighting can be unrelenting, it makes the quieter moments in the game that much sweeter.

RPG systems (like earning levels, new skills, and weapons) are often about improving your character. The Division doesn’t stray from these conventions, but it does add one more layer of complexity with the base of operations. The base is a physical manifestation of the player’s progress. At first, it looks like a mess, and it doesn’t have enough resources to help civilians. But as you go on story missions and spend time upgrading the Medical, Security, and Tech departments, it will start to look like a livable place. Survivors will flood in as the ad-hoc facilities improve, making it feel less like a military outpost and more like a neighborhood.

The base is an excellent way of illustrating that your actions — beyond getting experience points and better loot — matter. You’re actually creating a community.

I often returned to the base to see if the people were doing anything new or having different conversations. I once overheard a man talking about getting back together with his ex-wife, saying that they’ve become better, more mature people because of their harrowing experiences. One woman tends to sit by herself near the base’s Christmas tree while strumming a sad tune on her guitar. I even enjoyed watching someone selfishly demand more medical supplies, because this felt like a real thing that’d happen in a situation like this.

These characters don’t have names and their stories are simple, but together, they made me feel like I was having a positive impact on their lives. 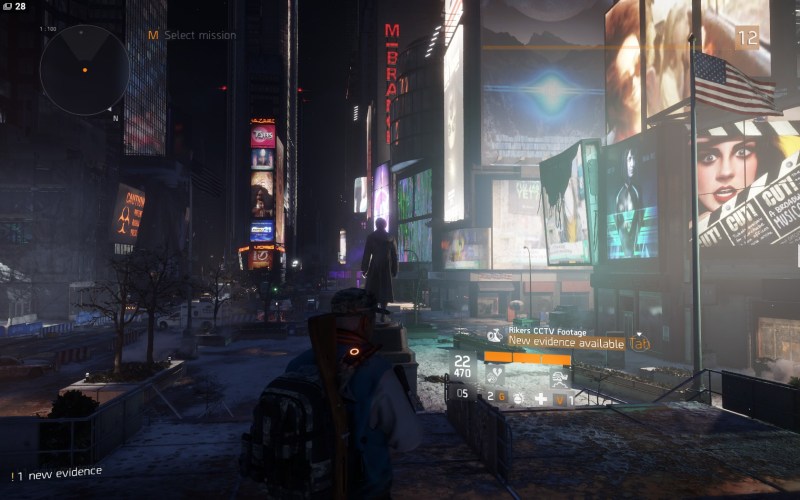 The story is light enough that you can play through the game with your friends without worrying about a ton of cutscenes and dialogue getting in the way. But what’s there is meaty if you’re willing to dig for it. The three wings of the base also represent the three different story threads, and completing their respective missions lead to new revelations in the form of audio recordings and video footage. You’ll learn more about the origins of the virus, the leaders of the enemy factions, and any other sinister forces lurking in the shadows.

Additionally, dozens of miscellaneous items hidden throughout the city provide even more details about the story. Collectible cellphone recordings, laptop files, and augmented reality “echoes” give you snippets of people’s lives. They aren’t essential to understanding the story, but I felt compelled to find as many of them as I could.

The downside of this piecemeal storytelling method is that it doesn’t spend a lot of time on the main cast. But it was effective enough to make me care for the city as a whole: NYC is undoubtedly The Division’s best character. It’s beautiful to walk through, especially at night with heavy snowfall or when a fog comes in that’s so thick that you can’t see more than a few feet in front of you.

One of my favorite moments was when I came across a couple looking out of their second-floor window. They were talking about how they were going to handle the birth of their child without any hospitals being around (the wife was three-months pregnant). In the end, the husband hugged his wife and repeatedly told her that they were going to be just fine. 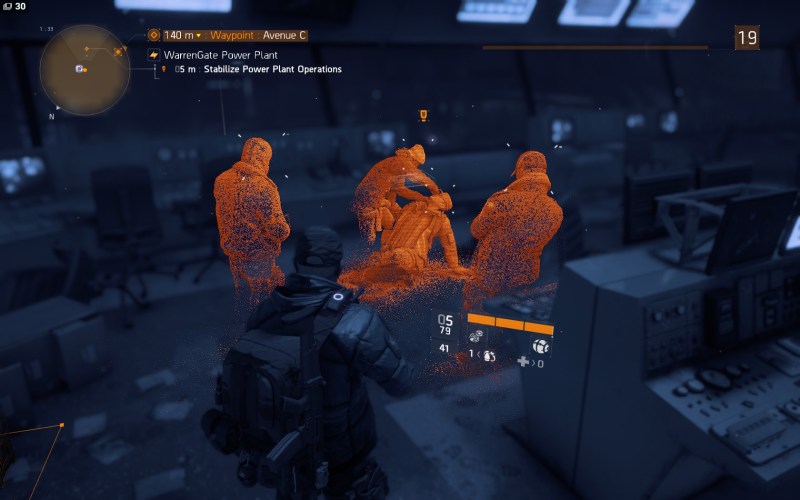 Above: Each Echo is a short story that shows you how certain people lived or died.

The BB-8 from hell

As you upgrade the base, you’ll unlock an assortment of destructive gadgets that transform you into a more efficient warrior. While I had fun using most of them, they all pale in comparison to the Seeker Mine.

It sort of looks like BB-8 from Star Wars: The Force Awakens: When deployed, the spherical Seeker Mine will follow you around and speak to you in melodic chirps. But once it sees a hostile enemy, it gets angry. The mine’s two little green lights turn red, and it makes a beeline toward its victim. It’s a funny reminder that this cute little robot is actually a sentient ball of death filled with enough explosives to level a small house.