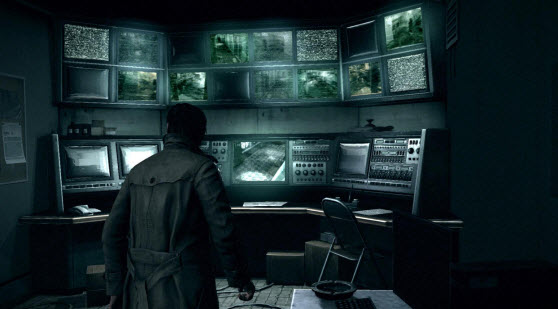 Three detectives in designer threads walk into a Gothic hospital; everybody inside is already dead. Sebastian, Joseph, and Kid — short for Kidman, the new girl on the team — fan out, the classic mistake. Sebastian pays for it.

He wakes up hanging from the ceiling while a masked butcher carves off what he needs from another victim. And this is just the start of Seb’s nightmare. He’s still dealing with flesh-and-blood people. Reality hasn’t come completely off the rails yet. He hasn’t been ripped apart by a demon that poured out of a dead body yet.

Shinji Mikami, the creator of the Resident Evil series, doesn’t hold back going into his new game, The Evil Within (releasing in 2014 for the PlayStation 4, the Xbox 360, the PS3, and PC). I sat down with his producer, Masato Kimura, to talk about how Mikami plans to scare us to death this time. 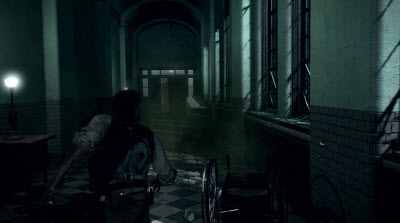 GamesBeat: This looks very much like it’s inspired by the old Resident Evil series. How is that influence playing into The Evil Within?

Masato Kimura: Of course, this is Mikami’s game, but we’re trying to make a scary game. In that sense, maybe it may resemble some of the — you might feel some sense of a connection to Resident Evil. But we’re not really trying to be influenced by the Resident Evil games. What we think about is how the player might feel. That’s how we came up with all those elements in the game.

GamesBeat: The basic presentation is over-the-shoulder. You’re stationary when aiming; you’re going through corridors where things pop out at you —

Kimura: You’re probably thinking of Resident Evil 4, right? Maybe that’s because Mikami put forth a lot of effort to come up with that when he was working on the Resident Evil series.

GamesBeat: He found something that worked.

GamesBeat: How dynamic are enemies? It seemed like the butcher character hunting Seb patrolled his little area, and he then followed into the next area after Seb reached it. Does he ever act a bit more proactively? 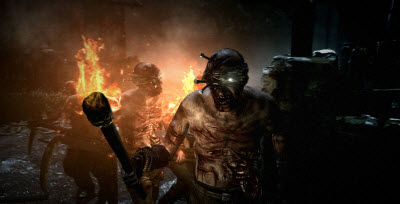 Kimura: We’re trying to make those enemies smarter. We don’t call them “zombies” exactly, but they’re zombie-type characters. They’re going to be smarter than the typical zombies. They’ll cooperate together. Multiple creatures might try to surround you, one coming toward you and one coming around behind. They’ll be smarter than traditional zombie-type enemies.

GamesBeat: It looks like you’re touching on several different brands of horror. The demo started with something based in reality — a guy with a chain saw — then went into a not-a-zombie attack, and then reality itself started shifting dramatically around Seb.

GamesBeat: It was an interesting series of curveballs. The scale of what was going on just kept getting bigger and bigger until we were in an entirely different place.

Kimura: In a typical survival-horror game, you have puzzle solving. I think that this time, the story and how you understand the story is part of that puzzle-solving element. As you play, you start to understand certain things. Then another question comes up. That sense of uncertainty is scary. You always have that feeling in the background.

GamesBeat: You go down the rabbit hole and just keep on going.

Kimura: Yeah, something like that. You don’t really know what’s happening, but eventually you’ll understand. That’s what Mikami is going for this time. 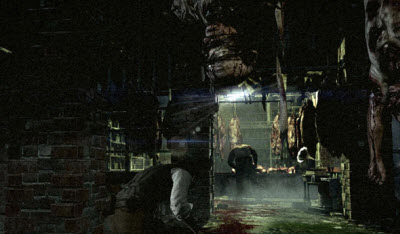 GamesBeat: Are we going to jump between Sebastian and the other two detectives on his team, Joseph and Kid?

Kimura: No, you only play as Sebastian.

GamesBeat: What’s the goal with The Evil Within? What do you want to accomplish with it?

Kimura: Mikami is always saying that he wants players to say, “I haven’t played a game this scary in a long time.” We want players to feel really emotionally involved.

GamesBeat: How do you accomplish that?

Kimura: We always emphasize two things. It has to be very scary, and the other side of that is the sense of achievement in overcoming and defeating fear. That’s what makes survival horror. The balance between those two things.

GamesBeat: Tell me about a moment where you felt that balance click into place.

Kimura: One of the characters in the game that we can’t really talk so much about today, that was my idea. He fits really well into the game, his personalities and his abilities. Another example might be the last creature that you saw there in the demo.

GamesBeat: The one that springs out of the corpse and kills Seb?

Kimura: Yeah. That creature is a great example. Mikami had a really big idea about what it should be. Then some of the character designers came up with that creature, and it was just right. “Yeah, that’s what it is.”