Inspiration comes from many places, and in the case of Denis Galanin, a lone Russian game developer, it came from literature.

After years of development, Galanin and Germany’s Daedalic Entertainment have published The Franz Kafka Videogame. It’s a puzzle adventure game available on Steam for $10.

Galanin is a one-man studio, based in a place called Yeakterinburg in the Urals in Russia. The game doesn’t follow any particular Kafka novel, but it is based on the absurdity and uncertainty of his writings.

In an email, Galanin said he took that approach because “adaptation and interpretation are more effective ways to create something new and interesting.”

The game has a cartoon-like, two-dimensional art style. The sets and characters are more like still frames, but the puzzles are brain twisters. 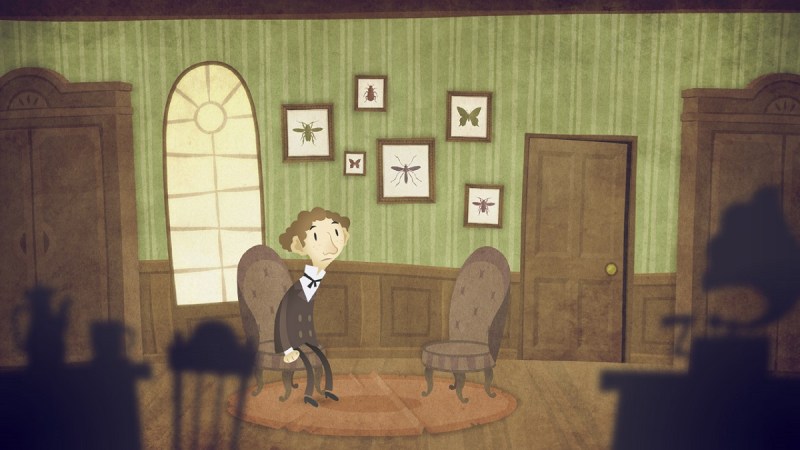 Above: The opening scene of the Franz Kafka Videogame.

“The game combines the atmosphere of absurdity from Kafka’s novels with some postmodern ideas,” he said.

The character in the game goes on a journey, which begins after he receives a mysterious letter. That loosely follows the beginning of The Castle, a 1926 novel about a protagonist known only as K. It was a story about alienation and unresponsive bureaucracy. Galanin’s story wanders pretty far from The Castle as it takes you into vignettes that serve as new landscapes for puzzles.

Galanin teamed up with Daedalic Entertainment, which specializes in interactive literature and narrative-driven games. It has a staff of 120 people, and it is part of the Bastei Lübbe group of companies. 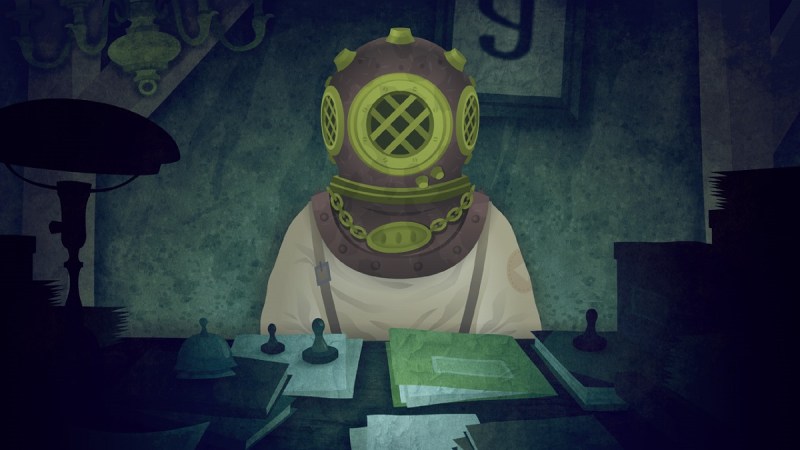 Above: Franz Kafka Videogame has a lot of surreal scenes.

Galanin has 14 years of experience making games. He has worked as a lead game designer, level designer, and script writer. Since 2008, he has been on his own as an indie developer. He’s best known of the creator of Hamlet or the Last Game without MMORPG Features, Shaders, and Product Placement. The game won Best iOS Game at Macworld Expo 2011, as well as other awards.

“Perhaps, it’s interesting to you to know, that the game is total improvisation,” Galanin said. “Without any plans, without design document, etc. The plot and all puzzles have been come up with only in the course of development. I called it improvisational game design.”

Galanin said he originally intended to debut the game in 2014, but he ran into difficulties which stretched out the development of the game. So far the game isn’t scoring well with the critics, with an average score of 65 out of 100 on review aggregator Metacritic.

The game takes a few hours to play, and all of it is pretty surreal. While it’s based on the weird literature of Kafka, it’s a pretty original work.