The recent Game Developers Conference had a diverse collection of attendees and speakers from all over the world. Some of them had trouble making it into San Francisco, thanks to heavier border screening. But a map of where people came from (above) showed that game development has spread all over the world.

At GDC, GamesBeat held a breakfast panel about the growth of emerging markets for games and how much progress the $116 billion industry has made. Once upon a time, all you needed for this growth to happen was stores and electricity. But now games are connected, and it takes broadband connectivity and a number of other factors for games and game studios to thrive.

We addressed the question of where the next billion players will come from and how the game development industry can grow in the regions of the world where those players are. Rodriguez said that, based on growth rates, this is a $58 billion question. 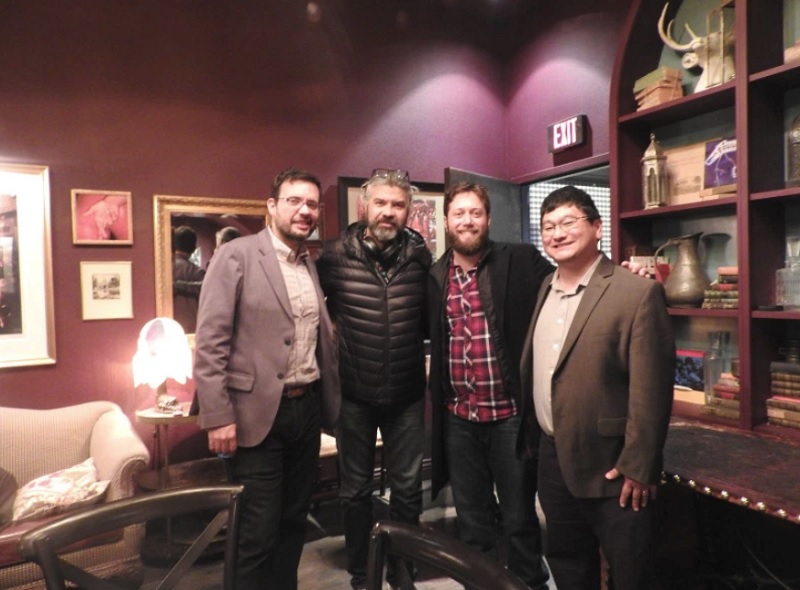 GamesBeat: We’re here because everyone here is waking up to the opportunity in emerging markets and what games can do in those markets. The big question is, how do you get started, and where, and why?

Taiwan is an interesting market. You would have to customize your game, at least in the language, to work there. But according to Niko Partners it’s a $1.26 billion market on its way to $2.8 billion by 2021. It’s 55th in the world in population, but 15th in the size of the gaming market. If you’re going to get started, maybe you get started in a country like that? Going to a market that over-indexes for games. But you can also go lots of other places in the world.

Mario Valle: After working in this industry for 20 years, and starting in Mexico — I was born near Mexico City. We started in 2001 with things that were far from the mindset of big companies like EA. But little by little, especially in Latin America — I’d like to speak about two regions, Latin America and southeast Asia, that are very similar to each other.

On the Latin America front, something that’s growing amazingly and showing the potential of the region is the developer side, the development talent. We’ve been an important consumer region since more than 10 years ago. I don’t know how many of you know, but for Xbox, month on month, it’s sometimes among the top five or six markets in online revenue. We have the numbers. Latin America is close to 600 million people with high levels of connectivity, more than 30 percent all over the place. Southeast Asia is practically the same. Kuala Lumpur, cities in Vietnam, many other cities are growing in a very similar way, with similar numbers.

One way to answer as far as where to start is a matter of first, mindset. Forget about the guy and his burro image when you think of Mexico. “Is there internet in Mexico?” Forget about that. We’re already there in many ways. But when it comes to games, the mindset is still not there. The mindset of considering that there are serious game developers in Latin America, amazing success stories happening in the last 10 years. The only thing that’s needed is to make sure that, from a mindset perspective – and I’m sure everyone here is open to that idea – we spread the word.

Now the time has come for the independent game developers in these regions. The second step after the mindset thing is investing, and that’s exactly what we’re doing. We started a venture capital fund. We’re not publishers. We can work with publishers together. We fund games. The most important problem for the industry in emerging markets all over the world, because this is the same problem that Canadian developers deal with, or German developers, is lack of cash flow. The only thing preventing these guys from self-publishing or working with publishers is lack of money. That’s it. 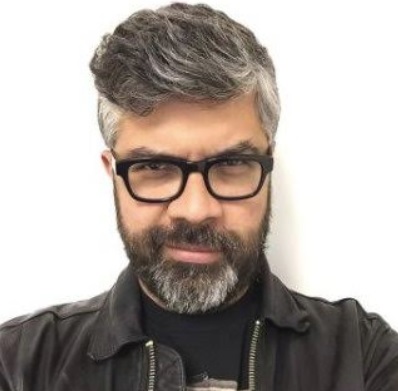 GamesBeat: You had this idea at Electronic Arts, right?

Valle: I don’t want to take a lot of mike time, but the story, in short — how many of you remember the name David De Martini? He’s unfortunately not with us anymore, but he was one of my mentors. He was responsible for a success story inside EA, EA Partners. I’m sure you guys know of it. The new golden age of EA Partners.

Almost six years ago, we had a conversation where I told him, “What about creating a venture capital fund inside EA?” I was working with him on Origin and EA Partners. Over time I tried to mature the idea and I pitched the idea for EA Ventures. At the time, as I remember, Microsoft was doing corporate investments. So were Samsung, Qualcomm, Intel. In the rest of the world, the startup ecosystem craze was on — this was 2013.

Long story short, the idea didn’t fly inside EA for many reasons. I thought I could do it on my own. That’s how I met this guy, one of the most respected venture capitalists in Latin America. And not only respected, but loved by his investors, because the performance of his initiatives and funds is great. I heard Hector’s name from three different people.

GamesBeat: In short, it’s not a surprise, but it just takes a startup VC to get into this.

Javier Entelman: Working out of Argentina, looking at all these passionate teams — small, medium-sized, sometimes big – when we started working with the industry, we started to realize there’s a lack of good practices in Spanish-speaking areas. There has to be a mentor. We started working with several partners and they’re working with us on this whole incubation process. We realized that these teams have great projects and very talented people, and they need help with their production practices.

We help these teams talk to mentors and publishers, who transfer the knowledge they need to get those games out the door. They’re becoming factories for new games. We’ve seen some amazing games get dissolved because they didn’t know how to deal with publishers. We’re realizing we can provide the knowledge to get them into a safe space where they can become truly professional development teams.

A big part of that is opening up our market to the rest of the world. Not only is that about getting our games outside of Latin America, but it’s also about making Latin America a valuable market for everybody else. We need to ask ourselves how the big publishers can do business more easily here.

A lot of it is a cultural thing. There’s a lot of payment traditions that have not been updated. We’ve had a big surge in credit cards, in the internet, in places like Argentina, but you still have a lot of people who aren’t used to paying with credit cards. If they are, they’re used to paying in installments, which is something we’re trying to provide on our platform. Or they’re used to paying straight up through their bank accounts, sometimes, which is something we’re trying to provide as well.

But we’re realizing that there are key cultural differences that make the Latin American gamer very different from everywhere else. You need to address that if you want to include them in the general state of things. You need to ease the way into them becoming typical video game users. That’s part of the program we’re doing with publishers. We’re trying to get the go-to-market more in the Latin American mindset, and we’re trying to help the studios we work with to get the right co-publishing partners for everywhere else in the world – for the United States, for Europe. These are markets we don’t want to handle ourselves, because it’s hard enough to make the Latin American market a stable place. 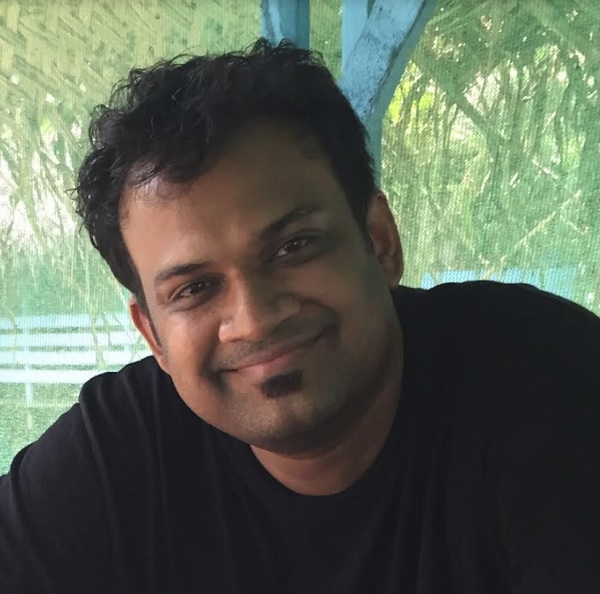 Above: Sridhar Muppidi, CEO of YesGnome.

We’re in everything towards that. We’re making these studios into factories of games. We’re already incubating three studios. As far as funds go, Mario is absolutely right. Getting funding into Latin America has this enormous suspicion around it from everywhere else in the world. What we’ve realized is, we have to get the government involved in this. In Argentina, for instance, up until recently venture capital laws didn’t exist. We were governed by regulations from 1926. A new law just came in that allowed us to do a $1-to-$1 match with the Argentinian state. They’re helping us fund games.

We have this whole interest in the video game industry from almost out of nowhere. They realize it’s a technology field. It’s growing exponentially. Latin America is growing year over year and they need to get on top of this. They’re funding projects and helping us with our incubator, getting these teams to do projects. They’re also funding marketing systems, go-to-market systems.

We’re realizing it’s going to be country by country, step by step. You can’t address Brazil immediately. You can’t yet open some markets that need to be developed. But it’s an amazing place. There are lots of teams, a lot of cool projects. We just need to bring them good operations principles, good techniques, good production schedules, so they can work with publishers without being scared, without feeling overwhelmed. They’ll know how to talk to publishers, how to get money for their projects. That’s the work we’re doing.

Sridhar Muppidi: Something very interesting is happening in India. Most of you probably know, but we’re the second-largest mobile market in terms of number of users, more than 330 million people. Since mid-2016, a new carrier came in that basically made it incredibly cheap. For about $5 a month you get 30 gigabytes of network data. Video has taken off. Gaming has taken off. For a lot of companies – I was talking to Scopely the other day – India is number two in terms of downloads, even though it’s only something like number 88 in terms of revenues.

One of the biggest things most people don’t understand about India, and some other emerging markets, is that everyone looks at it and says, “An in-app purchase costs about as much as a Starbuck’s, right?” Unfortunately, in India, a cup of coffee costs 15 or 20 cents. So no, $5 is a lot of money. That mindset, that people can afford something that’s only $5, that has to change, and it’s started changing.

Recently, Miniclip did an experiment with 8 Ball Pool. They have one of the top 100 games in India. They spent time to reorganize their IAPs, and once they did that – it took a couple of weeks to figure it out – they became the number one grossing game in India. They always had the downloads. They just needed to tweak that pricing.

What India lacks right now is obviously how much people pay. But we didn’t grow up paying for games. That’s going to change eventually. Until that happens, getting Indians to pay smaller amounts is the way to monetize through IAP. A number of companies are starting to figure that out. You get 10 times more downloads in India, so even if you get 10 times less revenue per person, if you can manage that, it can be a lucrative market. People are waking up to that slowly.