It’s time again for the most pointless kudos in all of games media: our annual E3 Non-Award Awards (see our real coverage here).

The game industry’s giant trade show, the Electronic Entertainment Expo, wrapped up over a week ago, and our writers put this roundup together to recognize the best of whatever. What booth tickled showgoers in all the right/wrong places? What game needs to shut the hell up? What did the PR rep say to put us in our place?

The Most Uncomfortable Game to Play in Public award: Killer is Dead

Two words: Gigolo Mode. Grasshopper Manufacture’s and Suda 51’s upcoming action game has you seducing the ladies as executioner Mondo Zappa — but first you must sneak in snapshots of their bits and pieces while they’re not looking to build up Mondo’s confidence. After a few minutes of unsuccessfully trying to take a picture of a woman’s tits in a bar, I realized what it was I was exactly doing, and that I was doing it in the PlayStation booth surrounded by my journalistic peers. Red-faced and feeling slightly dirty, I quickly moved on to a more PG-13 part of the demo. —Stefanie Fogel

During our demo of Call of Duty: Ghosts’ campaign missions at E3, we got nothing but earfuls of characters barking orders at us. “Take them out.” “Go to the kitchen first.” “Let them separate.” Sheesh! A lot of games directly guide players these days, but Ghosts seems to take the hand-holding to new levels. Can’t we just take initiative and play it how we want?

It’s a good thing that following all these commands is purely optional. The developers explained that their user playtests prove that most players want these specific directions — otherwise they may not understand what they need to do next. At the same time, the creators want Ghosts to feel really organic. If you do the opposite of what a character tells you to do, the game will adjust accordingly.

So go ahead and don’t shot the bad guys in the kitchen first. Your fellow Ghosts will know what to do. —Dan “Shoe” Hsu

Above: We’re pretty sure the technology exists to let soldiers boss you around underwater, too.

It was another competitive year for this coveted trophy. Square Enix was clearly in it to win it with titles like A Realm Reborn: Final Fantasy XIV and Murdered: Soul Suspect, but the champion was Bloodmasque. It’s amazing that the company that gave us Kingdom Hearts: Birth By Sleep and Dream Drop Distance can still somehow manage to wow crowds with a name as dumb as Bloodmasque, but I guess that’s why the publisher’s naming department makes the big bucks. —Jeff Grubb

Hometown Story looks like a typical Harvest Moon-type experience, complete with chatting up villagers and eventually getting married, but it’s so much more than that. As you run around building the best shop you possibly can, you might notice that all the people and animals look suspiciously like denizens of the Pokémon universe. That’s because Pokémon character designer Ken Sugimori was the lead artist on this project. Things get even more odd when you take in Hometown’s cheerful tunes. Oh, wait, former Final Fantasy composer Nobuo Uematsu wrote the soundtrack. Seriously, Sugimori and Uematsu both worked on Hometown Story, and this is probably the first time anyone has mentioned the game to you. —Jasmine Rea

During Nvidia’s E3 press event, Sinclair, the creative director on Digital Extremes’ Warframe; and Isaac, the senior art director on PlanetSide 2, presented their respective shooters, showcasing how they feature the hardware maker’s technology.

Sinclair went first and spoke candidly about using Nvidia’s assets to achieve the results his small team wanted for its free-to-play release: “I didn’t realize the programmable-shaders bit because I remember when I was at E3 … there was a little handout with all the assembly instructions, and I thought [expletive], I’m out of a job because I didn’t know how to do that. … But copy and paste from Nvidia code and you’re set.” [The room laughs.]

He ended his portion with another lighthearted line, “[Nvidia] gave me a backpack, so I have to talk until [the company is] satisfied.” [More laughs.]

Isaac walked on stage next and started his portion off with a couple of zingers. “Good lord, how do you follow that? I want to buy a used car from that dude,” he said. For a second, I felt like I was at a standup comedy show. When Isaac mentioned that he worked on the original PlanetSide, an audience member whooped. “We got a fan here. … You wanna do [my talk], dude? I’ll give you a fiver.” 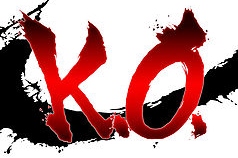 The Best Time to Use Street Fighter’s K.O. Sound award: The end of Sony’s press conference

The last third of Sony’s press conference was beautiful. Using Microsoft as its proverbial punching bag, Sony delivered a devastating combo of announcements: indies who can self-publish, no restrictions on used games (at least for first-party titles), no required online check-ins, and that the PlayStation 4 will cost $399 ($100 less than the Xbox One). The crowd roared so loudly that we could feel the vibrations on press row. Sony did neglect to mention a few critical details, but the momentum still shifted heavily in its favor. —Giancarlo Valdes