Now is the best time. At least that’s what Sony is hoping. It’s the current king of console gaming, with the PlayStation 4 still outselling rivals Xbox One and Wii U.

And Sony, of course, wants to build on this lead. It’s conducting an open beta for an ambitious service, PlayStation Now, which stream PlayStation 3 games to the PlayStation 4, a system that doesn’t offer backward compatibility. And you don’t need a disc or even hard drive space for the game to do so.

Sony recently gave GamesBeat some free 90 day rentals to test the service out. We put PlayStation Now through the paces, and we’re ready to tell you if the streaming service is worth your time.

I’m skeptical of cloud gaming. The idea of bringing online streaming to interactive entertainment sounds great, but most video games require precise timing. If some movie on Netflix needs a second to buffer, it’s no big deal. But that second could lead to death in a video game.

Luckily, streaming on PlayStation Now actually works pretty well. I never had a game completely shut down or noticeably lag behind. Sure, I had some minor performance issues (which I’ll go into later), but overall, you can easily have an enjoyable gaming experience. I didn’t get a chance to try online gaming, though.

The library is big

Right now, PlayStation Now has 127 PlayStation 3 games available. That’s a pretty big library, especially for a beta. These range from triple-A stuff like Metal Gear Solid 4 to indie games like Guacamelee. Sure, it doesn’t come close to representing the full PS3 library, and you’ll notice some notable absences (like the Uncharted series). It would also be nice to see some PlayStation 1 and PS2 games. Still, this is a good start. 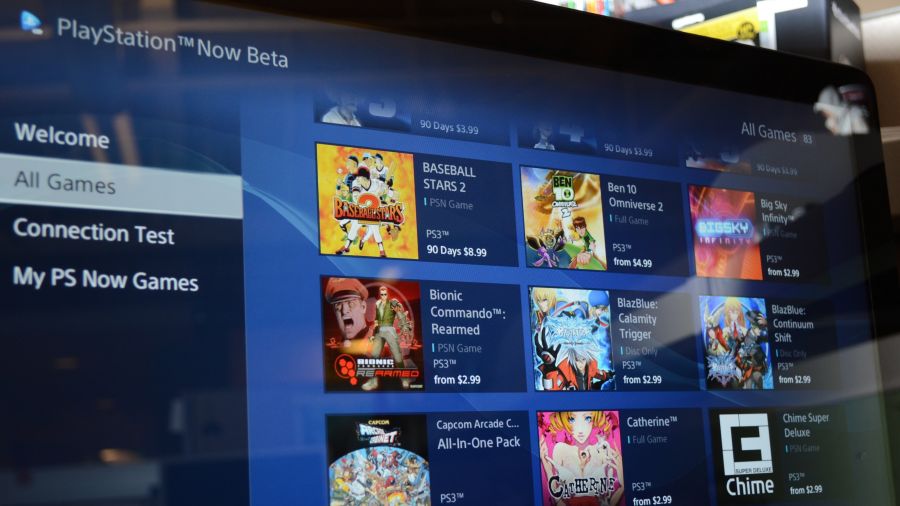 Above: The selection is pretty large and varied.

You get to use the PlayStation 4 controller

This is easily the biggest problem with PlayStation Now’s beta. The prices are ridiculous. Everything works on a rental system, with most games offering different rental periods (four hours, seven days, 30 days, and 90 days). That’s fine, but it will cost you $3 to rent an old game like Final Fantasy XIII-2 for four hours and $15 to have it for just 90 days. You can actually buy a new, physical copy of Final Fantasy XIII-2 on PlayStation 3 for $15 at GameStop right now. 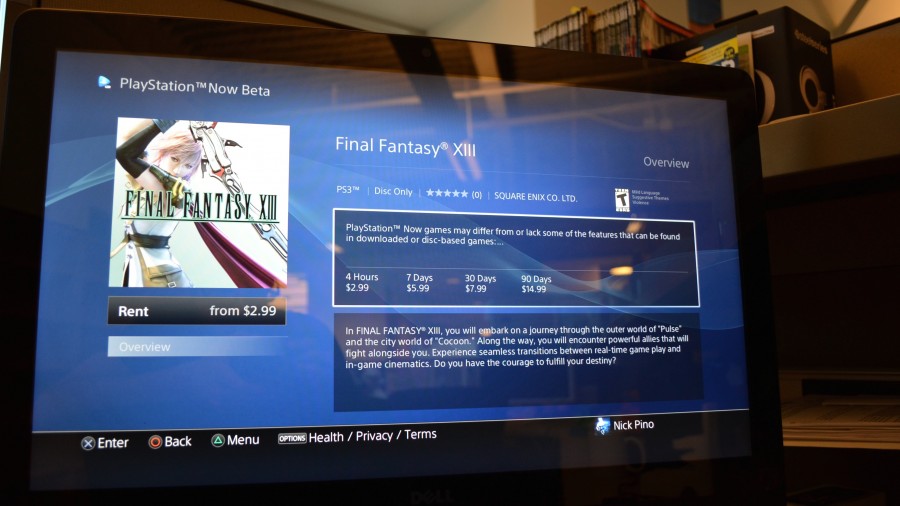 Above: You could buy this used for cheaper than that 90 day rental price.

While the games play fine, the graphics definitely take a hit. Everything just looks blurrier than it originally did on the PlayStation 3. It’s not so bad that it renders things unplayable, but you’ll notice it. Also, while games don’t completely stutter and stop (assuming you have a good connection), you will experience occasional screen tears.

I know it looks like I posted more good than bad, but the pricing issue is really holding PlayStation Now back. Sony is asking people to pay too much for a gaming experience that ultimately isn’t as good as the one they’d have on an actual PlayStation 3. I don’t think people would mind the graphical issues if they thought they were getting a great deal, but right now it feels like Sony is screwing this up.