I don’t know if I love murder mysteries. I think I just like justice stories. And that’s what is comforting and entertaining about the Ace Attorney world. You work hard to clear the innocent while exposing the guilty.

These games, where you play as a defense attorney representing a procession of clients charged with murder, have always made me happy. They’re whimsical and charming, even with all the, you know, killing and corpses and stuff. It always bothered me that some of the entries in the series never left Japan, including the two Great Ace Attorney games, a prequel duology set in Meiji Japan and Victorian England.

Capcom is finally fixing that injustice with The Great Ace Attorney Chronicles, which collects those two games in a new package with improved visuals for Switch, PlayStation 4, and PC (I played on Switch). It comes out on July 27.

This is not a full review. This is two games in one, and I simply couldn’t finish both of them in time. When I tried to push myself to clear my way through the compilation faster, I became tired and frustrated. It wasn’t fair to judge these games like that, so I decided to slow down a bit, even if it does mean that my full review will be coming later. 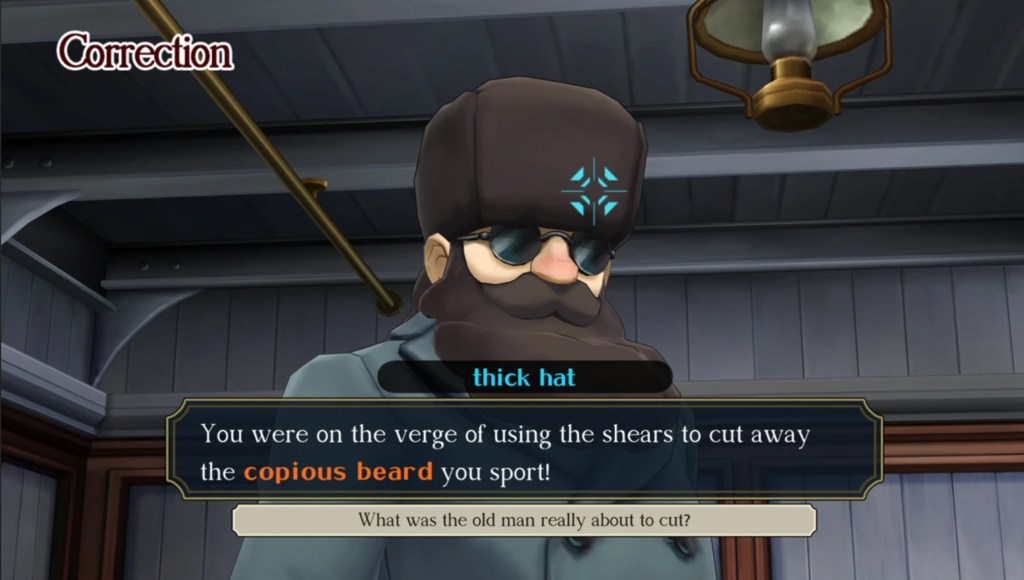 Above: Nothing shady about this fella.

But it sure feels like I’ve spent a lot of time with The Great Ace Attorney already. I finished the first of the two games, and that took me about 25 hours. Now, I never paid much attention to how much time it took me to beat an Ace Attorney game before, but that sure did feel like a long time. Even the first trial, which in past games is more of a short, glorified tutorial, seemed to drag on here.

The Ace Attorney games are most fun when you’re solving mysteries, looking through your evidence to find contradictions in witness testimony or to discover a new angle that turns a trial on its head. You still do that in The Great Ace Attorney, but it almost feels secondary to all of the dialogue and story.

The series has always been part point-and-click adventure game and part visual novel. This feels like it’s leaning closer to the visual novel side. The mysteries you have to solve are often obvious. It’s like the game wants you to just push the narrative along. Often, you get a new piece of evidence, and then like 30 seconds later the judge will ask you to present a piece of evidence to keep your client from being declared guilty.  Surprise, it’s the clue you just got.

Thankfully, the story is entertaining. It features a large cast of likable characters, including the eccentric-but-brilliant Herlock Sholmes. You play as Ryunosuke Naruhodo, a Japanese student who travels to Britain to become a lawyer, and it is fun watching him go from a meek, uncertain character to a determined, competent lawyer.

I just wish it would get on with it sometimes. Dialogue drives these games, I know, but sometimes characters seem to chat forever before I’m allowed to do anything meaningful myself. 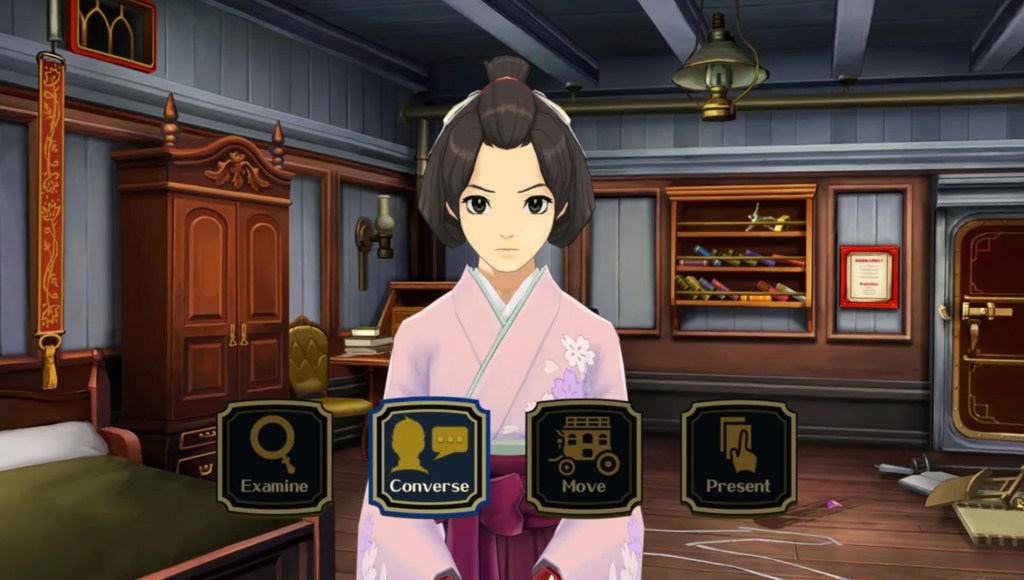 Above: You have to investigate to find clues.

All of this is to say that first of the two Great Ace Attorney games would sit rather low on my rankings for the series. Now, as I understand things, this isn’t an uncommon consensus among fans of the franchise.

But I also often seen fan rankings place the sequel rather high, so I’m excited to get further along in the second part of The Great Ace Attorney. And once I do, I’ll give you all my final thoughts on this compilation.

The Great Ace Attorney Chronicles comes out on July 27. Capcom gave me a Switch code for this review.