Brazil’s Independent Games (BIG) Festival ran last week in São Paulo, but it wasn’t the only event there that celebrates indie games. A group of local developers had put together and hosted their own festival, Glitch Mundo, in three cities throughout Brazil. While BIG invites games from all over Latin America as well as abroad, Glitch Mundo focuses on homegrown titles.

Two months before BIG, Brazilian game devs issued an open letter listing a number of concerns they had about the festival. They cited issues like a lack of transparency about the event’s award ceremony, meager funds to help Brazilian devs fly to São Paulo, and the inaccessibility of many of the event’s panels for students, since these are hosted during working hours. BIG released a statement in response, and the two groups gathered at a town hall meeting shortly afterwards to discuss the community’s needs.

BIG made some changes that are in line with local developers’ requests. It released the names on the selection committee and jury for its awards, and it has a new award specifically for student games. But for some developers, these are just the first steps.

JoyMasher cofounder Thais Weiller, who started the open letter and is involved with organizing Glitch Mundo, says that BIG has some structural issues. She says that some people in the local community would like a rotating staff of curators deciding which games are shown at the festival and that many developers would like the event to eschew an awards ceremony altogether.

“People don’t want to have awards. They’d prefer that, if there is any money given to people, it should be distributed equally between all the finalists, or to the Brazilian finalists to have their expenses paid to get here, because the Brazilian finalists don’t have that,” said Weiller in an interview with GamesBeat. “They believe it makes it more of a competitive thing, and it shouldn’t be. It should be a more cooperative thing, the community getting together and celebrating what they’ve done.”

Glitch Mundo embodies this cooperative spirit. For the sake of accessibility, it hosted events in São Paulo, Curitiba in southern Brazil, and Natal in the northern region of the country. The event opened its doors in the evening so that folks who have to work during the day won’t miss out. And everyone who wants to host an event in their hometown must make sure that the venue is close to public transportation.

Glitch Mundo’s four curators all come from different backgrounds — Bruna Dias is a developer and part of the local game criticism collective Ataque; Glauber Kotaki is an artist who has worked on titles like Cellar Door Games’ Rogue Legacy; Henrique Antero is a games journalist; and Tainá Felix produced the award-winning game A Nova Califórnia. In addition to the 22 titles selected by this panel, the event also set aside time for local developers to bring their laptops and show off their games. It also scheduled workshops and some speakers at some of its locations. 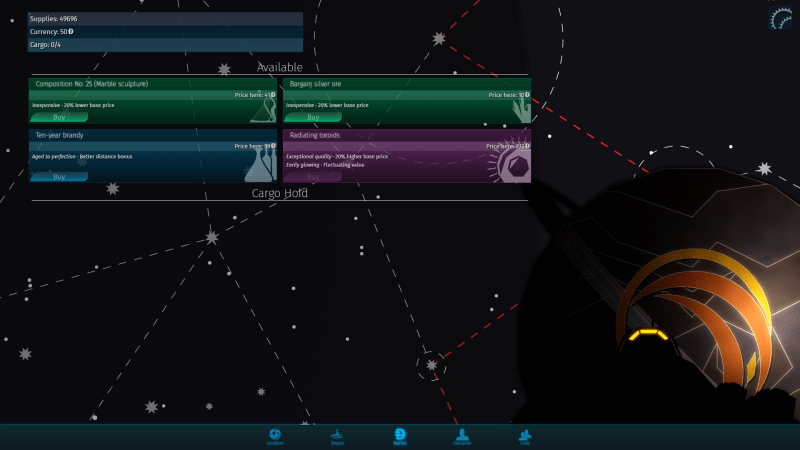 Last year’s BIG Festival had over 20,000 attendees. Its sponsors include organizations like Agência Nacional do Cinema (Ancine), which pledged to invest over $10 million in the Brazilian game industry in 2018. More than just providing a space to show off games, it’s intent on fostering the industry and bringing in international investors, publishers, and media to raise the profile of Brazilian games. And starting this year, it’s folding in animation and music into its event, turning it into more of an arts and culture festival rather than just a games event.

To some critics, this has resulted in a lack of focus.

“For me, there was a pervasive sense that publishers, non-games industry agents, and institutional donors are consistently being catered to over actual indie devs,” said indie developer Bruno Dias in an email to GamesBeat. His interstellar narrative adventure Voyageur was one of the picks at Glitch Mundo.

According to Dias, part of this issue is because of the corporate interests of BIG’s sponsors, which he says are at odds with what a festival about indie games should be about.

“That’s conflicting with ascribing a higher cultural mission to game development beyond just making money. And that higher cultural mission, in my view, is the starting point of any discussion about indie games,” said Dias. “BIG has expanded a lot over the years, but that expansion has translated into an event that doesn’t seem specifically targeted at anyone — whether that’s publishers, studio heads, working developers, students, or the general public. And Brazil’s actual independent dev community doesn’t see itself represented in the structure or the curation of the festival.”

Glitch Mundo curator Glauber Kotaki says that he understands how BIG has to accommodate a diverse audience of people, and that with its financial success comes more responsibilities. He also says that BIG has helped sprout the local dev scene. However, he takes issue with how slowly the event moves when it comes to addressing the community’s concerns.

“I think [BIG] made the [minimum changes] expected, which is not good enough, but still something — which was answering back and offering a few spaces for dialogue,” said Kotaki in an email to GamesBeat, referring to concessions like naming the jury members. “I feel like they always listen, since they made some significant changes throughout the years, but either have other priorities over this, or are not being transparent enough, because all these changes are either too slow or not well executed.”

BIG CEO Gustavo Steinberg says that the organization has limited resources, and it can be tricky to field the community’s requests. In conversations, he says that developers have explained they don’t have a single representative, so they don’t have one single channel of communication.

“I think we answered [the open letter] in the best way we could. Of course we’re trying to improve the things they mentioned in the letter. Some of them were already on our radar. Some weren’t,” said Steinberg in an interview with GamesBeat. “We’ve started to develop things in that direction. Of course, communication is always going to be a problem. It’s not very easy to communicate with the whole country. It seems like we’re a big event now, but the crew throughout the year isn’t very big.”

Creating a space for ‘indie’ 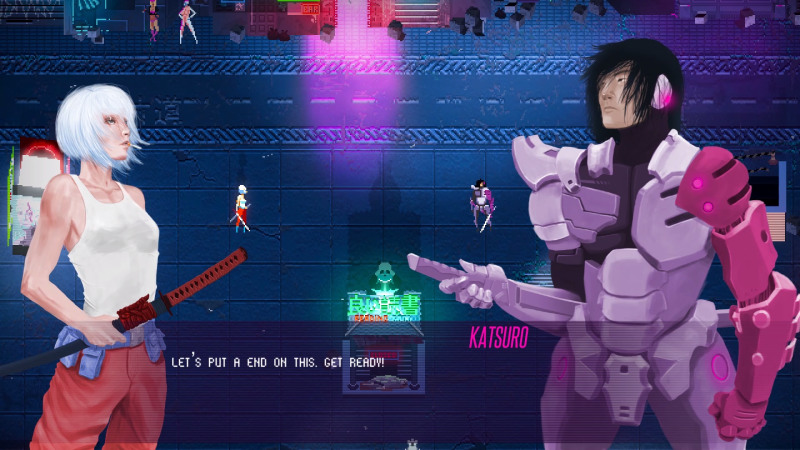 Above: Ludic Studios’ cyber brawler Akane showed up at both BIG and Glitch Mundo.

Weiller says that she hopes BIG will take its cue from Glitch Mundo and see why developers might not feel like they’re being represented at the festival. Though not everyone agrees on what exactly it means for something to be an “indie” game, it seems like a lot of folks do agree that BIG is missing the mark. Some are calling for the festival to remove “independent” from its name.

At this year’s BIG Festival, the show floor featured titles by developers from a whole range of backgrounds. Some games came from tiny two-person teams, like Nyamakop’s gooey platformer Semblance and Weather Factory’s eldritch digital card game Cultist Simulator. Others had teams numbering in the dozens, like 11 Bit Studios, whose icy survival simulator Frostpunk took home BIG’s Best Game award. Next to these were student games, and in another section were games commissioned by global brands like Rebecca Sugar’s Cartoon Network show Steven Universe.

With the exception of the games created for big brands, I would count all of these as indie. But to others, like Dias, the term indie has been “stretched to its limits to include everything from student projects, to ‘games for change’ sponsored as part of corporate whitewashes, to outsourced asset houses working with overseas triple-A studios, to publishers.”

“BIG definitely needs to change, but how it changes has to start from figuring out what it wants to be and who it represents, and if the goal is simply to keep growing the festival in size and scope (with a similarly growing list of corporate and institutional sponsors), I don’t think the label ‘independent’ fits any more,” said Dias.

Weiller says that part of the issue is that BIG’s parent is Abragames, the Brazilian Association of Game Development, which is a large organization. Its size and reach are intimidating, which led to rumors during the open letter that signing it would lead to being blacklisted by the festival. Weiller says she doesn’t believe the event actually threatened anyone, but she does want there to be an alternative for the community. Her dream is for Glitch Mundo to act as a “network, not an organization” for independent developers in Brazil.

“While BIG has a tightly organized schedule of serious talks, and is more focused on business, Glitch breaks the ice by bringing part of that audience together — which I must say is very important to take advantage since BIG brings people from all over the country — over drinks and experimental games,” said Kotaki.

On BIG’s part, Steinberg says that he’s excited that Brazil has another event highlighting independent games.

“I think it’s great,” said Steinberg. “Again, it’s both an honor and quite exciting to have people from our event thinking about other things. If we could have a conversation, I could even contribute to that. Send some speakers [to Glitch Mundo] to talk to a different group.”

Weiller says she was expecting fewer than 100 people to show up at the São Paulo Glitch Mundo event, which took place at a small shop called DiceZ that specializes in burgers, beer, and boardgames. About 250 showed up in one evening, crowding the intimate space and proving that that people have an appetite for this kind of community-driven event.

“Having multiple mutually independent, separate events is definitely healthy, and the packed-house attendance at Glitch in São Paulo definitely tells me that the indie dev community here is mature and big enough to support those multiple events,” said Dias. “I don’t think the community can, should, or needs to wait for BIG to figure itself out and make concessions; we can build our own spaces that we organize and curate, and grow those into larger events that we can be proud of. Having one monolithic Game Event is in a lot of ways the root of most of BIG’s problems.”

Glitch Mundo and BIG don’t have to be mutually exclusive. The events have some crossover — titles like Lhama’s Hexarmonic, Studio Pixel Punk’s Unsighted, and Undevs’ Sword of Yohh appeared at both. The former offers an informal gathering, a space where more experimental games could flourish; and the latter can be a more mainstream industry event. And it sounds like having more events will benefit the entire community.