Leena Kejriwal started as a photographer and installation artist, but two years ago, she made her first foray into the world of game development with her debut title Missing: Game for a Cause. All of her creative work across mediums centers on one sobering topic: sex trafficking in India. And by creating a game, she found that she could reach more people than ever with her message.

Missing is a free short role-playing game that’s available on PC, iOS, and Android. It’s on Itch.io as well as on the Apple App Store and Google Play, and since its 2016 launch, it has picked up accolades, like the Indie Game of the Year award from the annual tech event National Association of Software and Services Companies (NASSCOM) in India. It follows the story of Champa, a girl who wakes up disoriented in a locked room. She soon learns that she’s been sold to a brothel. She’s trapped, and it’s up to you to help her navigate her horrifying new situation.

Though Champa isn’t a real person, she’s based on real stories. Kejriwal grew up in Kolkata in a house that was close to the city’s red light district. As a child, her parents always told her to look away and warned her with stories about how girls were captured and forced into sexual slavery. Later on, she went back to those forbidden neighborhoods and talked to the women there and learned about their experiences.

“I think what I always felt for them came alive when I went into the red light district, after so many years,” said Kejriwal in a phone call with GamesBeat. “So, slowly, what happened was, as an artist, the plight of those girls who had been exploited and trafficked into the red light became the forefront of all my work.”

“In India, the average age of a girl being trafficked is dropping, from 13 to 11 to 9. We have seen the number of incidents continue to rise. Child sex trafficking is increasing all over the world,” said Kerjiwal. “Missing is traversing a very real, very unique space, I would say. It starts as public art, but with a very deep, intense desire for engagement toward action and shaking the status quo. It’s not a kind of public art that makes you feel good, that makes you want to go and spend an afternoon around it. But it leaves you with a feeling of deep, intense loss.”

The global nature of this issue caught players’ attention. Since Missing came out in 2016, it has been downloaded around 750,000 times in over 70 countries. It’s available in 12 languages, and Kerjiwal and Missing’s engineer Satyajit Chakraborty aren’t done telling its story yet.

Survival is the sequel 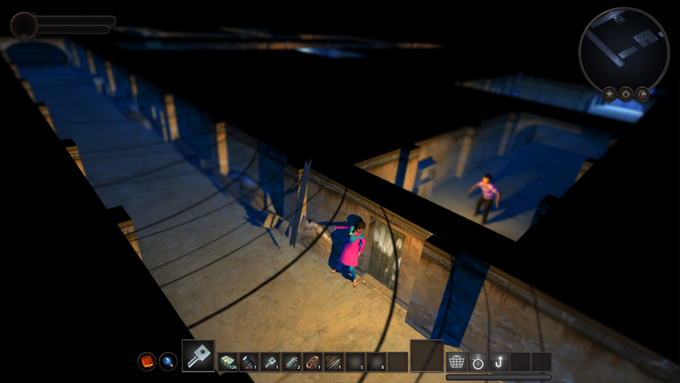 Above: Missing: The Complete Saga is developed natively for PC.

On paper, the number of reported sex trafficking cases in India has dropped, but that’s not because the situation is improving. It’s because people aren’t speaking out of fear and shame. Kerjiwal and Chakraborty are working on a longer game, Missing: The Complete Saga, that will tackle some of these issues.

They raised over $50,000 for The Complete Saga on Kickstarter, which will launch on PC and will follow Champa’s story from the very beginning so that players will see what life is like in rural India. And it will show how girls end up in sexual slavery and what they face even if they manage to make it out. They might be ostracized by friends and family, or face death threats from their abusers.

“Even if [Champa is] smart enough and doesn’t end up in the traffic, she might see that a close friend gets trafficked,” said Kerjiwal. “Invariably, even though you’re very smart, you get drawn into this dark hole, the dark dungeon of abduction. From there, it’s a quest, like the previous one, but it’s much broader, with more characters. It’s a full circle of how she survives and comes back, and what lies beyond that, and how some women go back, how many of them struggle to have a decent life even after they’ve survived.”

Like the shorter version of the game, The Complete Saga will be an uncomfortable and grim look at what millions of women face in their daily lives. But also like the first title, the sequel will attempt to focus on interactivity first and its messaging as a very close second.

“That’s why I had gone into art, to create a work or a piece that could engage the public in a very interactive, a very visual manner,” said Kerjiwal. “Because I realized, from what I had done before, that you can’t be preachy. You can’t force people to do anything. It had to be a game first, and then it should do whatever else we can do. We tried to straddle both of these spaces. There was a fine line in the middle, which we managed.”

In addition to developing the sequel, Kerjiwal and her team are working on fostering a bigger community around their games.

“We’re building a community in the gaming space that we can reach out to,” said Kerjiwal. “At the moment, though we have all these downloads, we don’t have a community. It’s all scattered. We don’t know who they are. Other than a few analytics, we don’t really know how people are playing the game. All that is still not in place, because like I said, it was done with a very small group of people, and not from the gaming space. We’re learning so much.”

The intersection of art and games 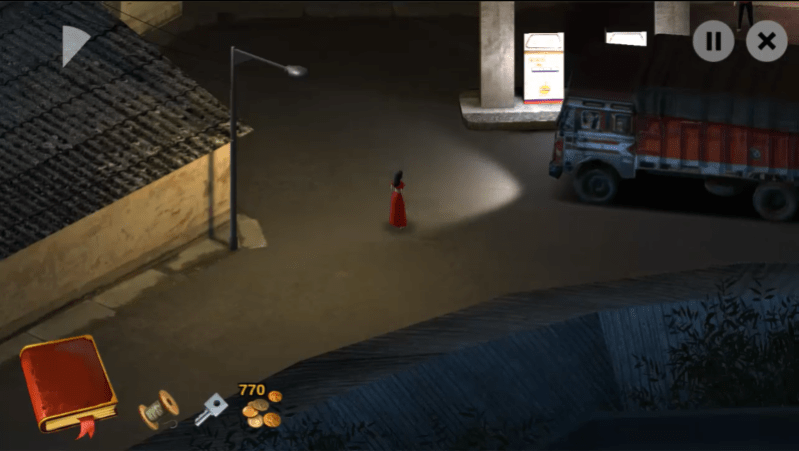 Above: Players must help Champa escape enslavement in Leena Kerjiwal’s Missing: Game for a Cause.

By tackling a serious topic like sex trafficking in a game, Kerjiwal has done more than raise awareness. In a way, she’s given people permission to discuss this important issue. In addition to releasing the game on mobile, she has embarked on a street art project where she stencils a silhouette of a young girl. This represents the millions of girls and women who have vanished due to human trafficking, and the symbol is present in the game as well. She connects the in-game silhouette with hotlines where people can get help — in the U.S., players will see how to contact the nonprofit Polaris Project.

When people see the stencils on the street or play Missing, it acts as a conversation starter. Even if you want to talk about the topic, you might not know how to broach it. Art acts a prompt for these kinds of discussions.

“Someone asked me what [the silhouette] was,” said Kerjiwal. “There was an ice cream man standing in front of it, and he started describing what it was. ‘It’s about a girl who got trafficked,’ all in Bengali. ‘She’s gone, and this shouldn’t happen.’ Everybody in that area had become a spokesperson for that girl, because there are many good people there who feel for this, but there is that person who wants to ignore it.”

Kerjiwal has done a lot of work with non-governmental organizations like Apne Aap Worldwide, which seeks to end sexual exploitation, and she’s now working on getting the game into schools. India has 22 official languages, and Missing has been translated into 13, which will help it reach many of the young people in classrooms.

Even though she’s new to the development world, Kerjiwal has always viewed games as a creative, immersive medium, one that can “leave a mark on you.” Before she created Missing, she was in the midst of planning an augmented reality app, but she thought it would have poor engagement. In her research, she discovered Games for Change, an organization that focuses on the social and educational impact of the medium. And it made sense to her to create a game to highlight the topic that she’s championing — to go where the people are, and make an experience that isn’t “preachy” but can still make people think.

“For me, it was a powerful space with a very big community,” said Kerjiwal. “This space is really important, because there are so many people I want to talk to who are on their computers all the time. I could get this on their computers and into their hands.”