Virtual reality didn’t get much love at the press conferences before the 2018 Electronic Entertainment Expo kicked off, but it fared better on the show floor. Sony had PlayStation VR demos set up, and when I went to the IndieCade booth, more than a quarter of the 24 games on display were VR.

According to IndieCade’s festival director, Samuel Roberts, VR submissions were up about 33 percent this year from 2017. He describes the developers of these projects as mainly young people who don’t come from “traditional game backgrounds” and who drew inspiration from the renewed excitement around VR from when the Oculus Rift came out in 2016.

“[Games are] their native medium in a lot of ways, it’s how they think about expressing themselves,” said Roberts. “VR just seems like an extension of that, I think, to some of these kids. So they’re not in this headspace that like that first wave was — where it’s like, ‘OK, what’s the game genre in first person that I can put in VR? Because that’s where I see the analog connection.’ So they’re exploring a lot of different sides of the space.”

These VR titles varied widely as well. Alan Flores’s rhythm game Drums of War turns you into an orc warrior who plays weaponized drums to kill dwarves. On the other hand, Float Land‘s VR Screensavers is a relaxing experience that lets you hurl yourself through mazes of pipes and star fields inspired by the iconic screensavers from the ’90s.

Float Land is three people — video artist and director of the Femmebit art festival Kate Parsons; VR director, Glitch City cofounder, and Buffalo Vision founder Ben Vance; and producer and Not a Cult publisher cofounder Daniel Lisi. The collective has worked a lot with the contemporary art world and created location-based VR experiences and exhibitions. Starting with VR Screensavers in July, it will be releasing a number of small games in the medium.

“I think the trick right now is to make these lightweight projects that don’t take a lot of time to develop,” said Lisi in an interview with GamesBeat. “We don’t want to spend more than say three or four months on a single thing because it is exceptionally challenging to make a return back on long development cycles. So we want to just make these fun, lightweight, beautiful examples of what the technology is capable of and appeal to the market that currently exists while it grows.” 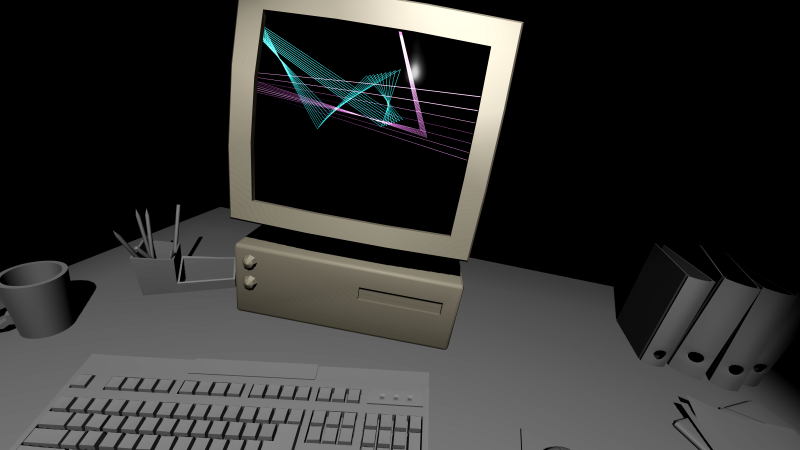 Above: Float Land VR Screensavers is a throwback to ’90s computers.

The indie studio Lantern wasn’t thinking too much about sustainability when it developed its VR puzzler, Kaisuo. It was a student project, and the team decided to develop the game because it was low-risk for them in their situation. Its team members are recent graduates from the University of Southern California, and they finished a prototype while they were still students.

“Essentially, I was like I don’t need to make money, I don’t have to pay bills yet, and I have a bunch of people who are super talented and super inspired and they want to make something interesting,” said Lantern director Valerie Lin. “So I said, ‘Well, OK, I’m OK with making a VR game. I’m not a triple-A studio that has quotas to hit. We don’t have anything to lose.'”

Lin describes herself as a lifelong gamer, and after she became interested in VR, she cofounded the VRSC virtual reality festival at USC. She had been thinking about making Kaisuo, which is inspired by Chinese puzzle boxes, for two years before assembling the team and developing it as a thesis project. It’s a tactile experience that requires fine motor controls as you undo latches, manipulate gears, and fit keys into tiny locks. Once you solve a puzzle, it triggers an environmental change – in one level, the walls of the room fell open to reveal an infinite plain of water.

Even though VR isn’t in the spotlight as much anymore — blockchain and AR are much trendier topics of conversation — money is flowing into the space. In the latter half of 2017, investments for VR entertainment were up 79 percent, and a few dozen successful titles are showing that players are willing to spend on quality titles. Most recently, Hyperbolic Magnetism’s VR rhythm game Beat Saber made $2 million in its first month on the Oculus Rift, HTC Vive, and Windows Mixed Reality.

IndieCade’s festival director Roberts says that though a lot of the indie titles on display weren’t “commercially viable” in terms of selling at a premium price point like a title like Beat Saber. But the developers could make them work financially in different ways.

“We have a couple of things that could have a more DLC-driven [model], things where there’s a really understandable, clear, accessible demo that you could get for free, which is a great way to reach people on VR because everyone with the hardware downloads the free stuff to check it out,” said Roberts. “And then, if those demos are good, there’s a real space for content packs.” 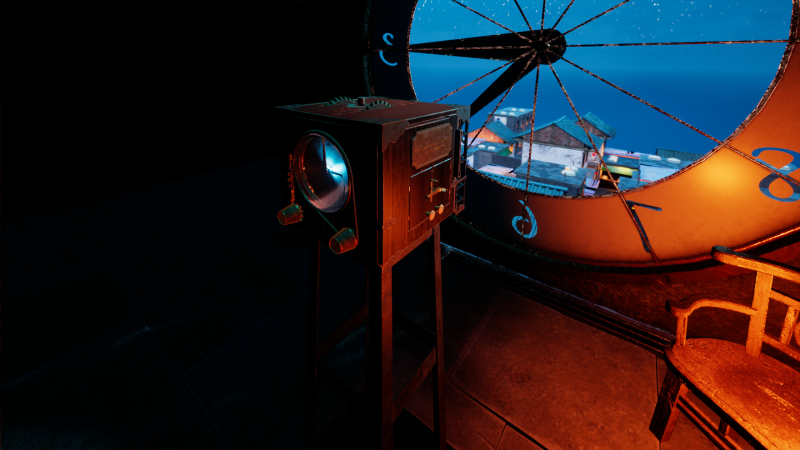 Above: Lantern’s VR puzzler Kaisuo started as a student game.

Ink Stories is taking this approach with its newest VR title, Fire Escape. The studio previously developed the TellTale-style narrative adventure 1979 Revolution Black Friday about the Iranian Revolution as well as the VR experience Blindfold about journalists being interrogated for reporting on their governments.

Fire Escape isn’t as heavy as these issues-based titles, but it does mention the consequences of gentrification. You play as a neighborly voyeur who watches over a nearby apartment building in Brooklyn, peeking into the windows (sometimes at their behest) and occasionally texting them. You also learn that the landlord is planning on evicting all the tenants – many of whom are people of color, or older folks who can only afford to stay because of rent control – because he wants to turn it into a ritzy high-rent apartment building.

It’s got a cool aesthetic and little peculiar moments that are charming. The neighbor you’re closest with is an aspiring YouTuber who goes by the handle ASMR Sweetie, and her phone calls are always whispered. The other folks you spy on also have their own quirks, and the snippets you witness hint that there’s more going on in their lives. Ink Stories has released the first episode for free, and the following episodes will be paid.

Tender Claws cofounder Samantha Gorman was at IndieCade this year showing off her upcoming augmented reality game TendAR. However, she’s been working in VR since 2002, and her studio developed games like the excellent, award-winning Virtual Virtual Reality. Even though VR adoption is still challenging for developers and platform holders, she says that she’s not surprised innovation is still bubbling up, especially from indies.

“If anything, I feel like, because maybe, in the way, people are starting to shy away from [VR] a little, it opens up the space for more independent work and experimentation to be noticed and to actually push things forward,” said Gorman.