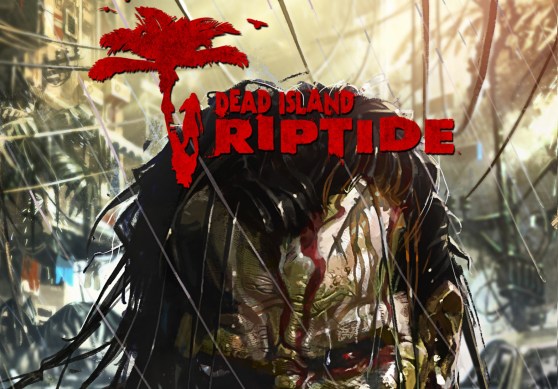 Another Tuesday, another day full of new game releases. While they aren’t exactly highly anticipated releases, fans of Dead Island will appreciate more zombie slaying action with Dead Island: Riptide. PC owners can enjoy a 20% off coupon, making the digital version of the game only $32.

If you’re a Trekkie, you’re either happy about today’s release of Star Trek or you’re nervous like us, given all the bad memories of subpar Trek games we’ve had to deal with through the years. Previews of Star Trek were so-so, but thus far initial user reviews on Metacritic look to be surprisingly decent – a surprise for the gamers reviewing them too!

Note: We update our GamesBeat weekly deal post every Tuesday with the latest deals. For last week’s deals, check below the “Last Thursday” headline.

Today’s release: Dead Island Riptide (PC Download) — $32 at Green Man Gaming after coupon. Reviews are all in, and if you enjoy Dead Island, you’ll be getting more here. New island, more zombies.

GamersGate Spring Sale (PC Download) — New deals everyday, with lots of excellent titles on sale. Our pick: The Cave for $5.10 and Alpha Protocol for $3.74.

Dishonored‘s latest DLC The Knife of Dunwall just came out this past Tuesday and thus far has been well received by reviewers. The DLC puts you into the boots of Daud, who is attempting a bit of a redemption after feeling guilt over killing the Empress.

To quickly sum things up, if you enjoyed Dishonored and felt Dunwall City Trials could’ve been better, then this is the DLC you want. Adding icing on the cake, the Steam-activated The Knife of Dunwall can be had for only $8 after a 20% off coupon.

If you don’t already have Dishonored in your collection, the base game is down to $24.99 thanks to an instant discount at GMG. Elsewhere you’ll pay full price for the DLC and at least $5 more for the base game.

Say what you want about GameStop, but their download service can have competitive pricing. This week they launched a Spring PC download sale, which for the most part has respectable discounts. The most standout deals are the best ever pricing on Skyrim DLC. Released last month, the Dragonborn DLC is down to a new low of $10. The popular Dawnguard DLC is also at a $10 new low. As with the base Skyrim game, all the DLC activates on Steam.

Beyond the big Dovahkiin deals, fans of the Assassin’s Creed series should check out the franchise sale this weekend at GamersGate. The best deal is Assassin’s Creed 3 for $24.98 – a new low by $5 and $25 off the usual $50 price tag. The more recent Assassin’s Creed games and DLC are getting 50% discounts while the older ones are as high as 83% off. The offer runs through Sunday, April 21st.

If you think today’s post is all PC gaming, owners of PS Vita should check out Amazon’s $30 deal on Persona 4 Golden, an enhanced port of Persona 4 for the PS Vita. Suffice it to say, the port adds more features and content to probably one of the best JRPGs on the PS2 (mmm… nostalgia).

Elder Scrolls V: Skyrim DLC Packs — 50% off at GameStop. All the DLC titles are at half price, with most usually around $15 since their respective release dates. Last month’s release of Dragonborn can be had for only $10.

SimCity with $10 Credit or $7 Cash Back — $40 at Green Man Gaming after coupon. Elsewhere $60. Everyone loves to hate the online only aspect, but truth is they’re still selling SimCity like hotcakes. In addition to the $20 instant discount at GMG, there’s a credit/cash back incentive, making it a $30-$33 value post bonus.

Kingdoms of Amalur: Reckoning — $5.99 at GameStop. Ties the previous low. Savings brought to you by the state of Rhode Island.

Buy 2 Pre-Owned Video Games, Get a 3rd FREE at Best Buy. Over 7,000 games to choose from, with savings shown in your cart after all items have been added. Deal expires Saturday.

Persona Golden (PS Vita) — $29.96 at Amazon. Elsewhere the game is still selling for at least $39. Excellent title to pick up if you never played the PS2 version.