What’s more, writer Neil Druckmann is happy to tell it.

Druckmann already teamed up with author Faith Erin Hicks on Ellie’s past in the comic miniseries American Dreams, and he says that he’s keen to work with Hicks again to fill in more gaps in the story.

“It was great working with her, helping flesh out Ellie and coming up with [Ellie’s best friend] Riley,” Druckmann told trade magazine MCV.  “I told Faith that if she ever wants to do it again for The Last of Us, there was a story between what happens in [downloadable content] Left Behind and where the story starts, and I would do it with her.”

The Left Behind DLC, included with recently released The Last of Us: Remastered edition for PlayStation 4, drew heavily on Hicks and Druckmann’s collaboration, although that wasn’t the original intention when they wrote the comics.

Druckmann explained that Hicks “helped come up with Riley’s look and all of her language, which helped with the Left Behind DLC down the road. We weren’t even thinking DLC at the time. It was just an opportunity to explore more of that world in this other medium.” 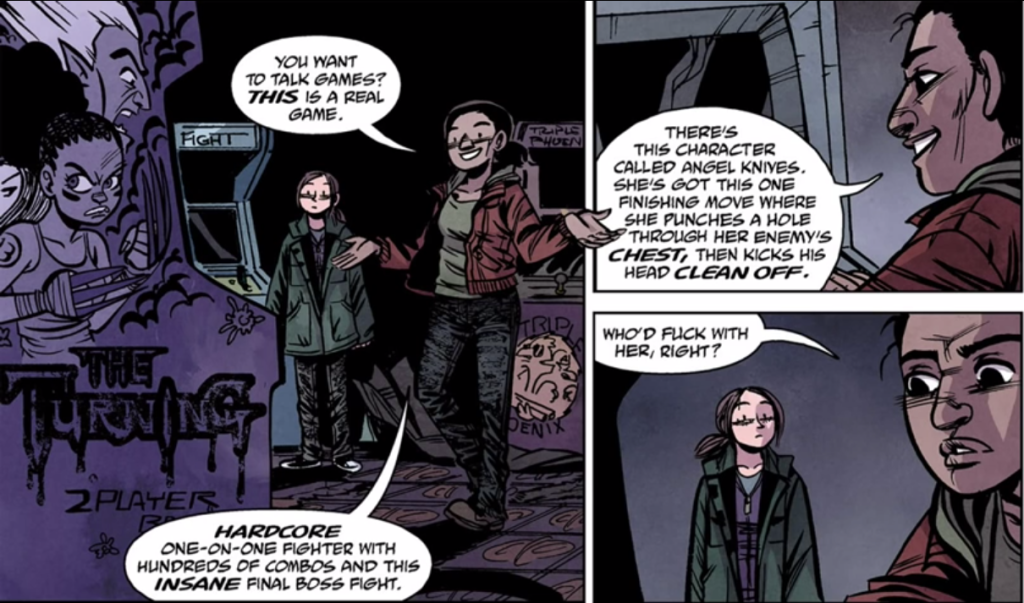 Asked if Naughty Dog would consider a visual novel approach — similar to Telltale Games’ award-winning episodic take on The Walking Dead — to bring American Dreams to our screens, Druckmann didn’t rule it out.

“I don’t know if the genre makes a good fit for a place like Naughty Dog,” he said, “but if the team was ever inspired to do something totally different like that it would be fun and cool to challenge ourselves.”

Left Behind relied less on action than the main game. And the use of branching dialogue, where player choices impact on the story, played a part in its success.

“With Left Behind,” said Druckmann, “that was our big challenge in terms of not leaning so much on action, and we toyed a little bit with branching dialogue. So we’ll see what more we can do in the future.”