Athlon Games, a Los Angeles publisher of console and PC games, said it signed a long-term licensing agreement with Middle-earth Enterprises to develop and publish a free-to-play online game based on The Lord of the Rings.

Athlon Games is working with a partner developer to create an online game set in the world of Middle-earth at a time long before the events of The Lord of the Rings, but in the same universe as that created by author J.R.R. Tolkien. The game will focus on areas outside what we’ve seen in the books or films, and that shows some thawing in what the Tolkien license owners are willing to do when it comes to more actively licensing entertainment such as games or other media. For instance, this deal for games comes on the heels of Amazon announcing last year it had a multiyear deal to do a TV show based on The Lord of the Rings in an estimated $250 million deal.

“It’s a singular opportunity to work closely with Middle-earth Enterprises to create a completely new experience for fans of the landmark fantasy work of J.R.R. Tolkien, and we are excited about the resurgence of interest in The Lord of the Rings IP,” said Dave Miller, president of Athlon Games, in a statement. “This, along with several other major properties Athlon is working with, will help us to further our goal of creating triple-A cooperative console and PC experiences that gamers will want to play for years to come.”

The companies offered a little more details about the subject of the PC and console game, but as a fan of Tolkien, I’ve been waiting for a long time to get a game based on the events of the book The Simarillion, which take place two ages before the events of The Lord of the Rings. The Silmarillion was published in 1977, after Tolkien’s death in 1973. His son, Christopher Tolkien, edited the book as well as many other subsequent unfinished works by his father.

That kind of setting isn’t out of the question, since Christopher Tolkien just released the new book, The Fall of Gondolin, based on his father’s unpublished work. The book takes place during the events described in The Silmarillion. Christopher Tolkien, 93, said this would be his last edited book, signaling a new age for the Tolkien business, which in this case is represented by the Saul Zaentz Company, doing business as Middle-earth Enterprises. The same entity licensed Peter Jackson’s The Lord of the Rings films, which generated more than $6 billion in box office revenues. 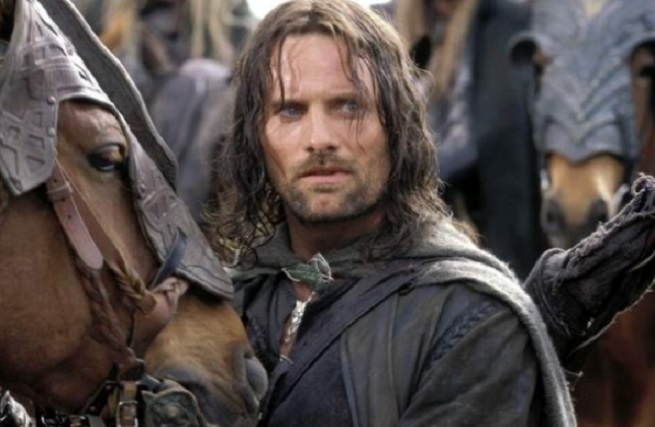 “We are extremely pleased to work with Athlon Games to create a new, immersive game experience, exploring epic regions in Middle-earth during the years leading to the events of The Lord of the Rings,” said Fredrica Drotos, chief brand and licensing officer at Middle-earth Enterprises, in a statement. “Athlon’s game will allow millions of Middle-earth fans throughout the world a unique opportunity for fellowship and epic exploration.”

However, before fans of The Simarillion get their hopes up, you’ll have to understand how complex the licensing is. Back in 1968, Tolkien sold the film, stage, and merchandising rights to United Artists in 1968. United Artists sold them to the Saul Zaentz Company in 1976, which is now Middle-earth Enterprises. All of the licenses we have seen in video games to date have come from this middleman, Middle-earth Enterprises, and not the Tolkien estate controlled by Christopher Tolkien.

In interview with GamesBeat, Miller offered some clarification on the licensing deal. He pointed out that some of the licensing is controlled by the Tolkien estate, which is in charge of later publications such as Unfinished Tales, The Simarillion, and The Fall of Gondolin. But Miller noted that Athlon has been granted rights to the full text of The Lord of the Rings, which has appendices that reference some of the events in those works. Further, Middle-earth Enterprises focuses on movies and video games.

“The rights are very complicated and very few people understand them,” Miller said. “I understood them as I worked at Warner Bros.,” which launched the Peter Jackson movies in partnership with New Line Cinema.

Athlon chose not to license anything from the Peter Jackson movies, in part because the developers wanted to go beyond The Lord of the Rings tale itself. Miller said that the company’s game will focus on an era before Men came along (which in terms of lore goes, happened in the middle of The Silmarillion). In Tolkien’s universe, the equivalent of the gods and angels came first, and then the Elves were born. Dwarves and Men came later.

“You won’t see human characters from The Lord of the Rings in our game,” Miller said. “I would not say it’s ‘First Age’ because that is more gods and monsters. I don’t want to say too much about our game yet.”

Asked if The Fall of Gondolin‘s content is included (as it is in the middle of The Silmarillion events), Miller said that Athlon is not licensing any of the works that are governed by the Tolkien estate. It is dealing directly with Middle-earth Enterprises, instead.

“We believe in Athlon Games’ model to collaborate closely with Western developers to implement incredibly successful live services, while also giving its partners the autonomy they need to develop outstanding game experiences,” said Alex Xu, CEO of Leyou Technologies Holdings Limited, in a statement. “At Leyou, we’ve seen great success implementing this strategy with other titles, such as Warframe. Now we can expand our footprint in the West with Athlon Games.”

Los Angeles-based Athlon Games is a newly formed publisher headed up by industry veteran Miller, formerly of Warner Bros. Interactive Entertainment, Codemasters, and NBC Universal. There’s already an existing online game, The Lord of the Rings Online, created by Turbine. But that game debuted in 2007 and it is getting fairly old. In 2016, Standing Stone Games took over the ongoing maintenance of the game.

Miller worked with the Tolkien franchise at Warner Bros., and he was involved in the work on the original Middle-earth: Shadow of Mordor game that Warner Bros. and Monolith Productions created in 2014.

“I’ve worked on this license for a very long time, and so it is very close to my heart,” Miller said.