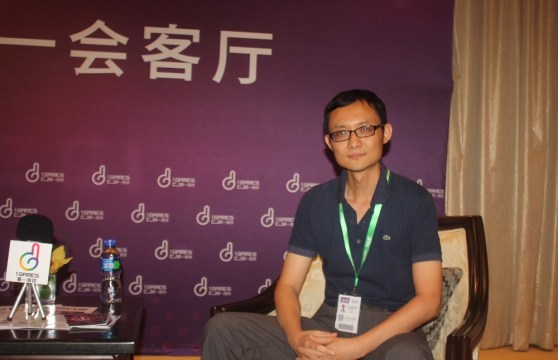 GamesBeat: Do you think that the policies of protecting them and the policies of having foreign companies do joint ventures in China—is that always going to be the case?

Luan: The Chinese market will become more open in the future. That’s a trend no one can stop. If you look at Microsoft and the Xbox, they set up their joint venture here already with SMG. They didn’t do a privately owned company here. Even if they were allowed to, they didn’t. That was smart.

My understanding with the Xbox, it’s more like a digital home entertainment device. It’s not only about games – it includes games, but not only games. A lot of their content needs to be localized, or they need to deal with local content providers, and I think that’s part of their strategy. SMG is very powerful, with links to many makers of local content. This will help cover their shortage of content for Xbox.

GamesBeat: Does Sony seem like it’s moving quickly as well? They seem to be going a little slower to me.

Luan: They’re very careful. They tried to bring the PlayStation 2 to the Chinese market several years ago, and it failed. They’ve become more cautious. They want to gather enough information before they make a decision.

GamesBeat: But they still have a major booth here. It seems like they at least hope they can do it.

Luan: It seems like since Microsoft’s here, they have to be here. I’m not sure they’ve made a total commitment already. One thing we can be sure of, though, is that they’re very serious about their strategy for the Chinese market. China is the last undiscovered country for console gaming. Both Microsoft and Sony are serious about the market.

They’re also facing some issues that need to be solved. If they want to import their software, it has to go through the censorship process here in China. It’s like with the movie industry here. All the movies need to go past the censor board. That takes time. It’s why you don’t see big hits at the same time as the global release. It’s always a little delayed. Whether they can release games at the same time as in other regions—They need to do their homework and build up relationships with the government.

I believe that Microsoft already understands the situation here. Microsoft has been in China for decades, and they know the country here very well. They also have links to other developers here in China, like Perfect World, to develop local game products for Xbox. They know they’ll have to rely on local developers to build their business in China. 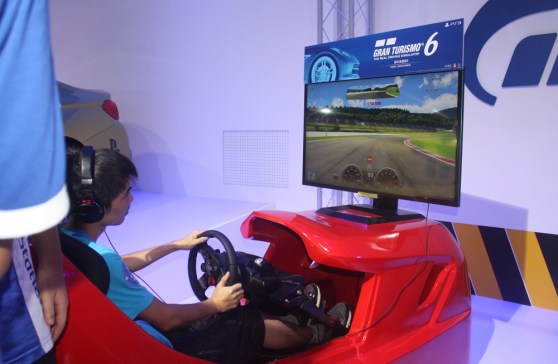 Above: Gran Turismo 6 in Sony’s booth at ChinaJoy

GamesBeat: I’ve seen news stories saying that the government searched some Microsoft offices over an antitrust case a couple of days ago. I wonder whether that’s something to worry about related to the Xbox One launch.

Luan: Unpredictable things are always happening in China. The gaming industry is very sensitive here. All kinds of things related to media content need to be reviewed [for censorship] before they launch into the market – games, movies, lectures, all kinds of publications.

GamesBeat: Do you know if they can still have Xbox Live or multiplayer gaming on the Xbox One? Would that somehow be restricted? It seems like if they’re going to censor some aspects of it. Xbox Live might have to offer only part of the service.

Luan: I’ve asked similar questions before, talking to government officials about how they carry out censorship for different kinds of products. Typically, they’ve divided the censorship process in several ways. For packaged games, they need to check the content on the disc. For Xbox One and PS4, digital products you buy out of the cloud also need to be examined before they’re released. And online games, PC games also have to go through the censorship process.

I believe that’s part of why Microsoft thinks they need local game developers to support them. They’ve sent their best technical guys to join the Chinese Game Developers Conference to teach them how to develop console games for the Xbox platform. They’ve joined the CEDC and discussed different topics with us. With that support, products can go more easily through censorship.

GamesBeat: I saw that Perfect World intends to release the free-to-play online game Neverwinter at Microsoft’s event. That seems like a game that will suit Chinese tastes pretty well.

Luan: Yeah. It’s produced by Perfect World. They have more experience than many others with MMOs. Products developed by local game developers just need to be registered, according to policy, and then released on time. But if they’re imported, they need to go through additional review.

China is a unique market with its own unique policies. But the potential is great. I’m looking forward to seeing how Microsoft and Sony can turn the gray market into something more. 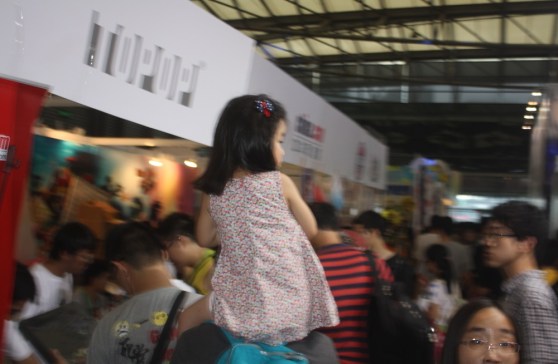 Above: A girl on father’s shoulders at ChinaJoy.