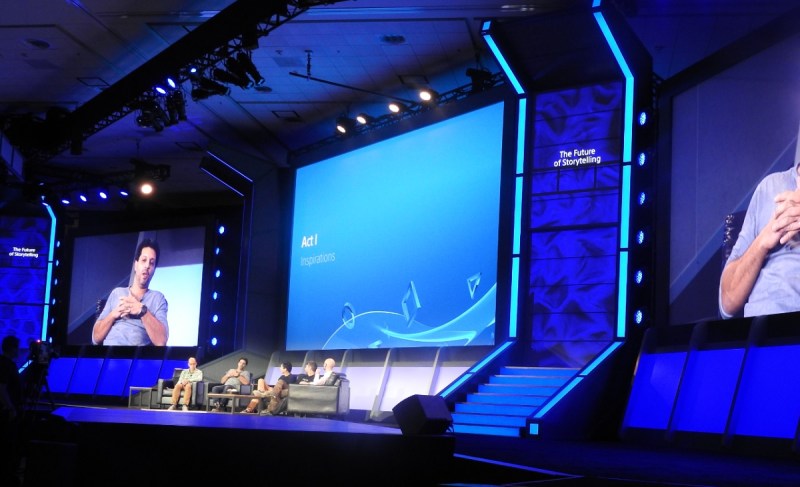 Above: Storytelling panel at PlayStation Experience.

Kasavin: I’ve thought a lot about this. I’m sure that when someone encounters the right work of media at the right point in their lives, it has that effect on them. Fallout IV is going to be that game for someone out there. Probably a lot of people. Bloodborne is probably that for someone. A lot of different games can provide that for different people, depending on what sparks their imagination.

Chen: The other thing I find interesting, Peter Jackson used to say that the reason he decided to make films was when he was nine years old, he watched King Kong. He wasn’t supposed to watch it, but he was blown away. He couldn’t believe how magical that was. I notice that a lot of people make these lifelong choices because they were blown away by something before they became cynical teenagers. What’s happening with that? Why can we only be touched that way at that age?

Kasavin: I think you’ve had fewer experiences to compare against. It’s more informative. That’s my suspicion, anyway. I’ve continued to play RPGs my whole life, the next 30 years or whatever. I think it’s understandable that a game I play in year 30 has a harder time being as impactful on me, but it still happens. That’s why I still play games. Every year there are several games, at least, that are really inspiring to me.

Clements: The next thing I wanted to talk about is modern work, things you guys have been working on recently, and the ramifications of the stories you’ve told.

Barlog: Have I done anything recently?

Clements: You have! I know people primarily know your work on God of War, but please talk about any work in your field. 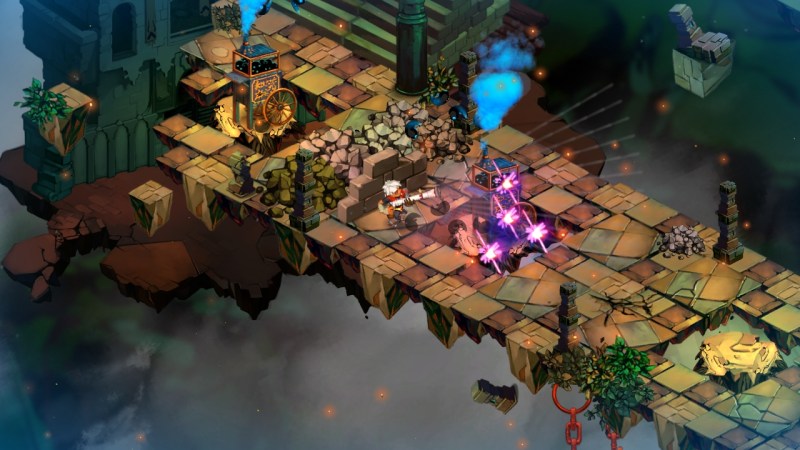 Barlog: On Ghost of Sparta, the experience I had with that one—The idea of drilling into a story within that universe, it was a bit more about the characters’ relationship with their brother, and this constant lifelong blame they had for failing at such a young age. Feeling at that young age that they should have been strong enough and smart enough to prevent that failure from happening. Which is fascinating to me, wondering what it would be like to play that game at eight years old.

Kasavin: I had an older brother, which I think is why I got so much out of that. Everything good that I know, I think, is because I had someone older than me in that place.

Barlog: I have a question for Greg. Did you start Bastion saying, “We’re going to make a game where the narration unfolds”? Or did you start to make the game and someone had that crazy idea?

Kasavin: It’s more the latter. It was definitely not there at first. The narration in Bastion is an aspect of it that stands out and it wasn’t there at the inception point. The game started development in September, and the first attempts at the narration didn’t happen until January of the following year.

There was always a narrative ambition to the game, but there was a paradox. We wanted it to be a fast action, pick up and play kind of game, but we also wanted to have a narrative. The narrative could never interrupt the play experience. So how do we do that? Most RPGs stop you for character interaction, walls of text and that kind of thing. That was off the table.

But it all became possible because our studio director, the audio director, and Logan, who’s the voice of the narrator—They all knew each other from middle school, and they said, “Hey, man, can you record a few lines for us? We want to try this thing.” He recorded a few lines and it worked. The game had no artwork in it at that point. All you had was this voice, and it immediately made an impression. We ran with it.

Chen: I always have a problem playing text-heavy games. I’m a slow reader. I don’t speak English well. As a kid in China, trying to play these games, I just wanted the text to go away.

Barlog: Is that why Journey didn’t have any text?

Chen: No text at all. I hate text! And I failed at writing English. I had to go to extra classes to make my units up as a foreign student, so I know I’m no good at text. 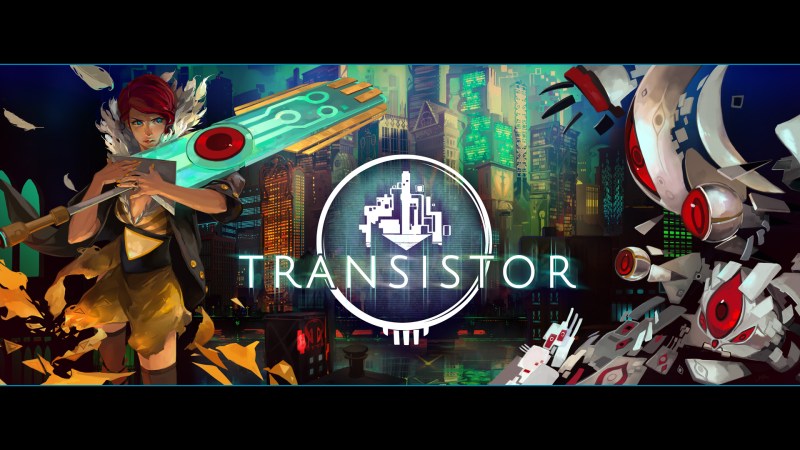 Clements: What is that like for you, operating in a space where you want to minimize the amount of text you want to use in your games work? Is that restraining in an almost liberating way, in that it refines your creativity? Or is it a burden you have to overcome?

Chen: My shortcoming essentially has to be turned into a strength. When I was in film school, my writing teacher used to say that I should give up on writing English. “Just write Chinese dialogue.” That was my first year here, when I couldn’t even speak good English yet, and I was writing film scripts for American drama.

When I first came over here — I didn’t grow up with consoles. I grew up on PC games. I saw Madden football, Gears of War, and Halo, and in all three of them the characters looked the same to me: a guy with big muscles, armor, and a helmet. “What’s happening here? Why do Americans like this so much?” I went to USC, too, which was a big football school, but I never went to a game. So I couldn’t write anything based on local culture. I sucked at that. And I’m no good with text, so what can I do?

I looked around and I found that Hayao Miyazaki’s movies were very popular in the west at the time. He was just doing his own thing, very imaginative and fantastic. Also, in film school I learned about silent film, where they were telling stories without dialogue at all. I kind of cheated around that, making these games.