We’ve been debating who won the attention war for the week of the Electronic Entertainment Expo (E3), the big trade show in Los Angeles this week. But ListenFirst figured out that Nintendo’s The Legend of Zelda: Breath of the Wild was the top game based on an analysis of Internet search results this week.

And from Sunday through Thursday, Sony’s trailer promoting a new God of War title received more YouTube engagement than any other video game studio’s videos. However, the YouTube video promoting Xbox’s new Xbox One S console caught fire and took the lead by nearly a million interactions. ListenFirst also said:

Here’s the list of the most popular studios of E3. 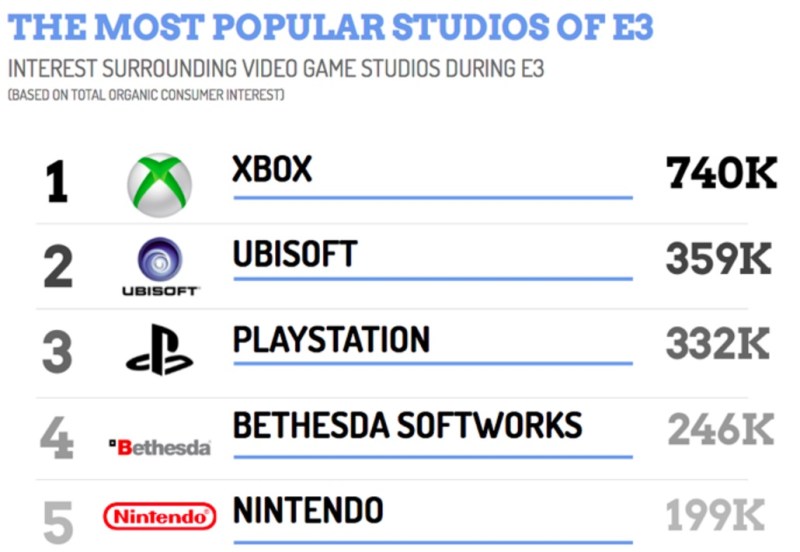 Above: ListenFirst measured the most popular big game companies at E3 2016.

ListenFirst also identified the most popular posts of E3. 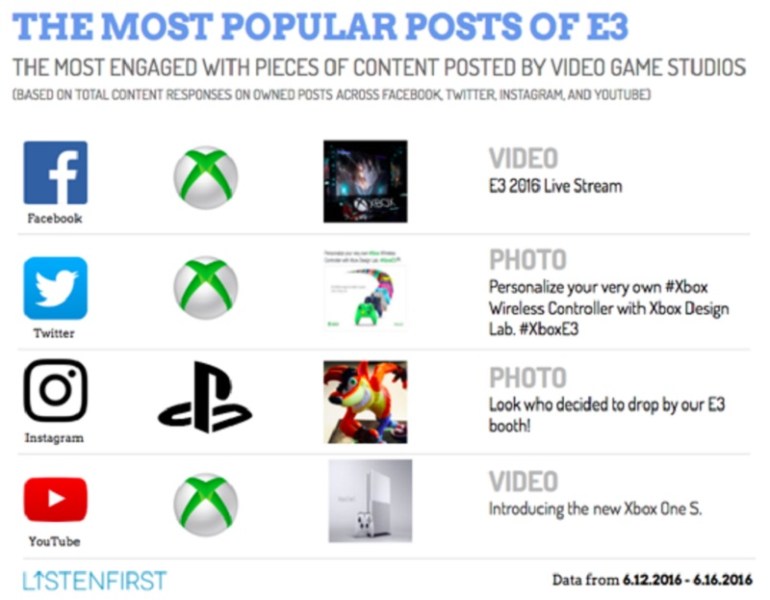