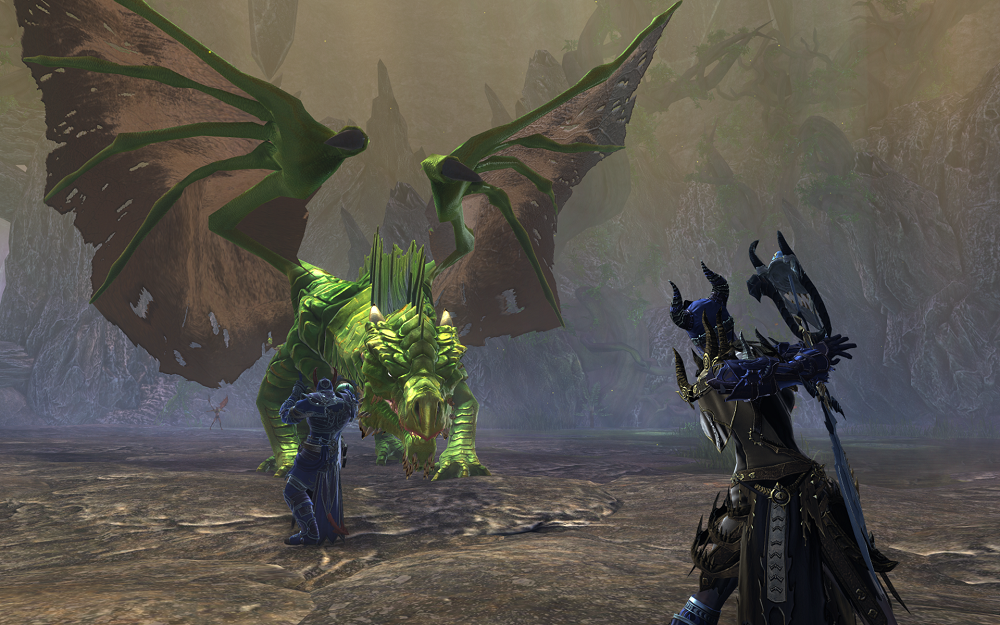 Above: Green dragons: the trolls of the dragon world.

GamesBeat: What’s your favorite chromatic dragon, and why?

Stewart: Probably green. I think I just embraced this tricky or devious side in their mentality. I play a trickster rogue in Neverwinter. Typically my go-to character is always a rogue of some kind. I like to role play a bit in there, so my current rogue is actually a pastry chef. After all, you can’t just go around and tell people that you’re a thief and an assassin. So my rogue is a thief by type, but I masquerade as a pastry chef, because I think it would be weird to advertise to everyone that I’m nefarious. I think green dragons are also very much known as being tricksters. I identify with that.

Overmeyer: For me, I think it’s white dragons. If I had to be specific, it’s juvenile white dragons. They’re smaller. They’re not very good at combat, but from what I’ve read of the lore, they never forget anything. They hold crazy grudges. I PvP a lot, and I never drop a grudge. Somebody gets me in a match, I look for them. I wish I could friend them and be queued with them all the time. So it fits in with my PvP nature, the white dragon. I might not be the best at PvP, but I never drop a grudge.

GamesBeat: When Cult of the Dragon comes out for Neverwinter, does the Cult replace Thay and Netheril as the major threat? Or is it just joining them as a new major faction?

Overmeyer: Storywise, it’s additional. The Cult has an agenda that has very real implications for those other factions and threats.

Stewart: We’re very aware of all the different powers that be, both living in Neverwinter and in Faerun and the Realms. We’re going to weave this very connected story. You might get glimpses of the future, or what you think the future is, and it might unfold in very different ways than you expect. To give you the best non-answer we can, this is an additional threat, and sometimes the enemies of your enemies are your friends. Sometimes the friends of your enemies are enemies. Unlikely alliances might be formed, but maybe they’re not alliances? 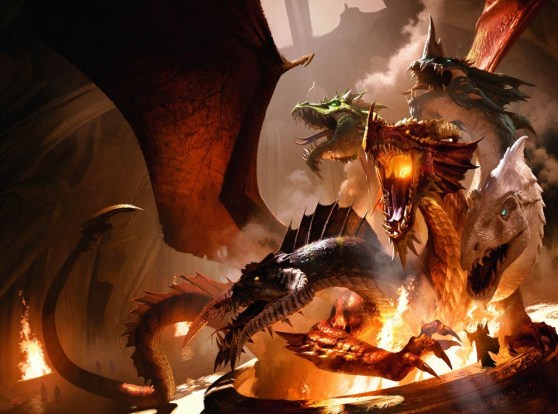 Above: Remember: Never piss off Tiamat.

That’s a lot of the fun of dropping this first Tyranny of Dragons on you. Unlikely comrades, groups that you wouldn’t think you’d end up working with, but to what end? Who’s your common foe? These questions are all popping up. It’s a big war-torn Sword Coast that we’re dropping you into. The questions you’re sharing here are the questions players will ask as well, both in Neverwinter and in the tabletop game.

GamesBeat: What edition of the tabletop game did you guys start with, and what was your favorite, not counting the new edition?

Overmeyer: I started with my friends back in basements, a long time ago, in 2nd Edition. Then I didn’t pick it up for quite some time. I picked it up again in the fourth edition. I played minis for a bit, not so much the tabletop RPG. But fourth would be my favorite that I’ve played.

I’m definitely looking forward to coming up next. I’m excited to get back into it. We’re looking to have a bunch of campaigns start up again at Cryptic and get everybody going after work using the new rules.

Stewart: The funny thing is that I started when 2nd Edition had just come out, but I was actually playing AD&D. I played with my cousins, because they had all the books for that, even though the second edition had just come out. I played that for a long time with friends, but I moved around a lot, so every time I moved I’d lose my gaming group. I looked to the computer games to fill my D&D and RPG needs for a long time in the middle there. Then I got back into it with the fourth edition.

I know you ruled out the new edition, but the truth is — I really love both editions that I played. What I love about the new edition is that the elements from those that I enjoyed are there. The storytelling, the “RP” in the RPG, really comes through in the new edition. I like the combat and the encounters in fourth edition, too, and I think we’re seeing some of that trickle in as well. I know it’s kind of a corporate answer there, but it’s pulling great elements from both of the editions that I have years of experience playing. 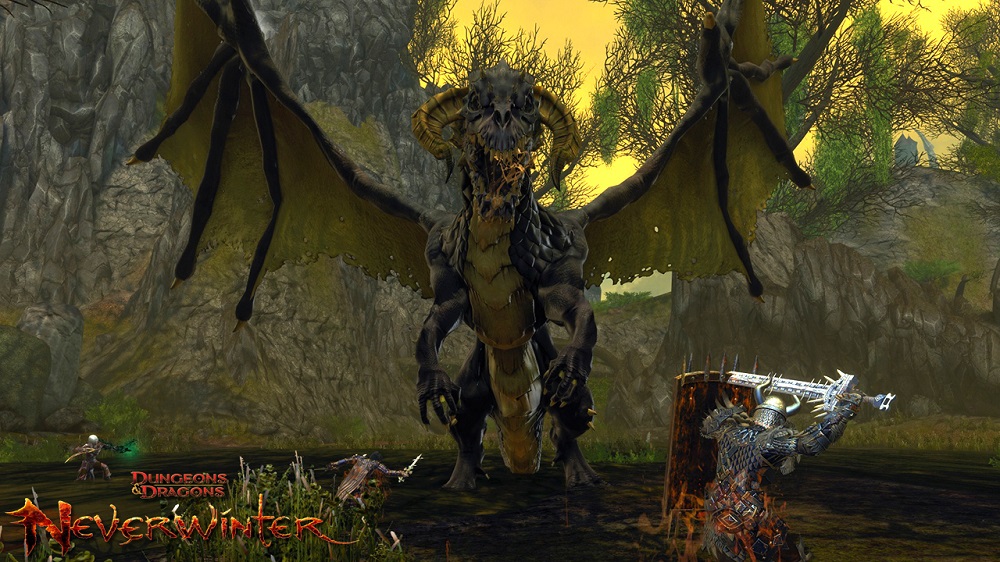 Above: Loners with a “Get off my lawn” credo: This is why I’ve always loved black dragons the most. And the acid.

A lot of other people are seeing that as well. I always think it’s funny when people who come from the 3.5 [Edition] era say, “Oh, the new edition totally hearkens back to third!” I’ve never played third, and I love the new edition, so maybe it’s good for a lot of groups, or maybe they’re wrong, although I wouldn’t want to tell them that.

GamesBeat: At this point, when someone says “the Realms,” what does that mean to you after all these years?

Stewart: Now that I work for Wizards of the Coast, it means [Realms creator] Ed Greenwood. That guy is the Realms. Seeing the Realms come to life and going to him to ask him questions about the Realms and getting detailed answers from him, that’s what comes into my head. It’s been an amazing opportunity. You talk about geeking out, that’s when I get to geek out. “Why’d you do this, Ed?” For me, that’s a special part of the job.

GamesBeat: You guys aren’t bringing back Cult of the Dragon founder Sammaster, a lich that’s been destroyed multiple times, right? We don’t have to deal with him anymore? He’s gone?

Stewart: I’m not answering that. Well, the real answer is, “Never say never.” When we’re diving in, do we really want to lean into the stuff that everyone loved and was awesome? Sometimes you hate things that you loved and sometimes you love things because you hate them. All I’ll say is that we’ve got a great world here. We’re trying to bring it to life with these fantastic stories. It’s Dungeons & Dragons, and so anything can happen. You don’t want to get too confident or comfortable — “We’ll never see so and so again!” That’s when the floor usually drops out from under you.