Unreal Tournament is known for its chaotic speed and bloody kills. But with the newest edition of Epic Games’s flagship franchise, the studio wants the title to educate people.

Instead of putting the multiplayer PC shooter through the usual development cycle, Epic Games is working with a few thousand voluntary contributors. Many of these people are passionate UT fans who have never made a game. Together, they hope to figure out what it means to modernize Unreal Tournament.

When the developer announced this in May 2014, only those who paid the $20 monthly fee for the Unreal Engine 4 (UE4) license could make content and play early versions of the game. But now that UE4 is free to download, anyone can play the Unreal Tournament pre-alpha. Epic Games previously said it’ll stay free, even when it’s fully featured. The only microtransactions you’ll find are community-made items in the marketplace.

Collaborating with fans is important to the dev team, which began their careers by modifying PC titles like Unreal Tournament. GamesBeat spoke with senior designer Jim Brown to find out the progress the group has made and what they hope their unusual experiment will accomplish over the next few years. 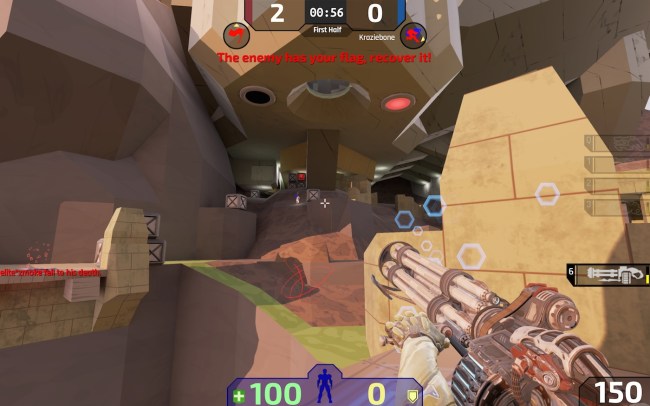 Above: If only I had a sniper rifle.

Putting the power back into the mod community

Like its predecessors, modding is at the forefront of the new Unreal Tournament. A huge “create” button sits right next to “play” and “marketplace” in the main menu. If you click on create, you’ll find tutorials that’ll get you started on building things in UE4. But you don’t have to use it — or even know how to code — to contribute. You can give feedback on the forums or find another way to help, like how a graphic artist from the community created Unreal Tournament’s new logo.

Other people just record themselves trying to break the game and post the clips in the forums.

“There’s only a small handful of us, but we’re really active online in the forums and chat rooms trying to help people learn,” said Brown. “We want them to learn how to do this. This is super exciting for us. Unreal has always been a great mod platform. We’ve always had the ‘Make Something Unreal’ contest. But this is the first time they’ve had a peek into the actual development process of the game as opposed to modding it in post.”

Brown wasn’t kidding about the team’s size. While other employees may chip in if they’re free, only six people are on the game full-time. They’re in charge of curation and building gameplay features, like the way the weapons and inventory works. From there, it’s up to the community to design maps and weapons (from concept art to modeling) or tweak existing systems. 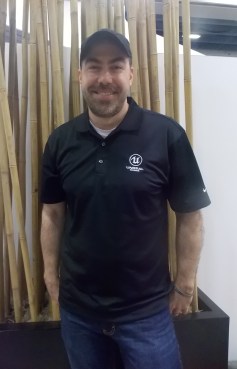 Above: Jim Brown at the 2015 Game Developers Conference.

The developers look through the most popular ideas and give feedback to the creators before deciding to put anything into the game. Online to-do lists help keep track of what they need.

However, wrangling those ideas into a coherent vision is tricky because fans want to recreate the experience from their favorite Unreal Tournament games. This affects major decisions like player movement. Epic Games released its movement system to the community so that contributors could adjust variables such as jump height, speed, and friction.

The modders quickly fell into two camps: those who wanted an updated version of the original title (nicknamed UT ’99) and people who preferred Unreal Tournament 2004. Each side made its own settings, but after some trial-and-error, they eventually settled on the current system.

But that doesn’t mean movement is complete. Along with the rest of the game, it’s always subject to change. A few months ago, it still didn’t feel right, so the team asked the community for suggestions, and they ended up increasing the speed.

“It was difficult, but I think we found a way to get those people to work together. [This Unreal Tournament] isn’t either of those games; it’s something new,” said Brown. 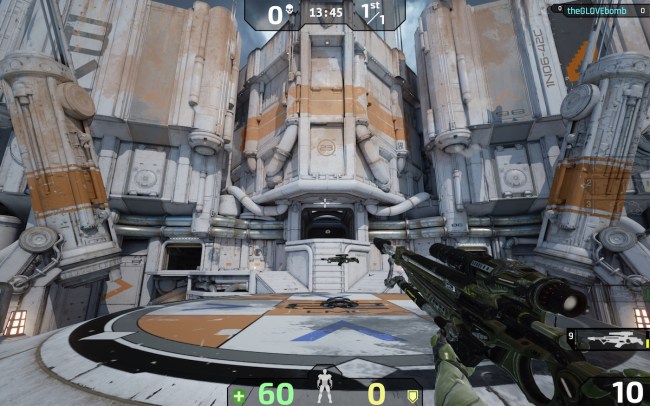 Above: The Outpost 23 map is gorgeous.

A platform for new UE4 games

Despite being in development for less than a year, the Unreal Tournament pre-alpha is pretty fun to play. Three of the 10 weapons are in place, with the other seven using placeholder art. You can buy cosmetic gear (ranging from $3 to $4) for your character in the recently added marketplace. The game has a few maps in rotation, including Epic Games’ Outpost 23 and a popular player-made map known as Lea.

Since contributors can only help in their spare time, Epic Games doesn’t have a release window for Unreal Tournament’s beta, let alone its official release. The team has an idea of what version 1.0 would look like — with the “core” Unreal weapons included, along with several modes, maps, and characters — but that’s just the beginning. Besides adding more content, they’re keeping an eye on the growing e-sports scene. They already brought in pro players to help shape the game. (Brown himself is a former professional player.)

Epic Games also hopes the modding community will use Unreal Tournament’s systems as the foundation for making new games. Brown referenced Defense of the Ancients (built using Warcraft III) and Counter-Strike (mod of Half-Life) as popular mods that became some of the biggest titles in the world. You don’t see those kinds of success stories anymore.

“We would love to see that happen again. This doesn’t need to be just Unreal Tournament,” said Brown. “It could be Unreal Tournament that supports a bigger mod community using Unreal Engine 4 to create their own games and find whatever that next success is.”

The goal for Unreal Tournament is two-fold: to make a great multiplayer shooter and to train a new generation of developers. It’s the ultimate way for Brown and his team to give back to a series that kickstarted many of their careers.

“Unreal for me, for a lot of the guys on the team, has been one of the main reasons we got into the industry. Every single person on that team started in the mod community,” said Brown. “Even Steve Polge, who’s the project lead, was in the mod community doing the reaper bot [A.I. in Quake] before Unreal was ever even created. This is us going full circle.”