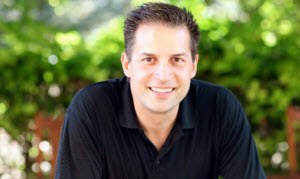 Not all of cloud gaming was a disaster. Gaikai scored a nice exit when Sony bought the cloud-gaming startup just after the E3 game trade show in June. Gaikai was a business-to-business rival to OnLive, and it allowed its customers to put their brands first. That sales pitch went over well, and Samsung intended to use Gaikai to provide cloud-gaming services on its smart TVs. But Sony scooped up Gaikai and raised the prospect that it would be able to add cloud-gaming services to its next-generation game console as well as its own TVs. Gaikai’s David Perry (pictured right) made a beautiful landing with his exit, while rival OnLive crashed and burned.

Traditional video games had a disastrous year in 2011, with sales falling 21 percent in December 2011 and 8 percent overall. But double-digit declines have been the norm for almost the entire year in 2012. Even Nintendo reported an unprecedented loss for its fiscal year as sales of the Wii deflated. Overall, the business is growing, but the retail sales that have been fueled by $60 console games have slowed down. Social, mobile, and online games continue to provide growth, but they’re stealing consumers away from the traditional titles. That’s causing huge disruption among the biggest companies in the industry.

But despite the drop, the blockbusters got bigger. Activision’s Call of Duty: Black Ops II set a new record by hitting $1 billion in sales in just 15 days. Big-name series are still hanging on to their audiences, but as titles like League of Legends pull gamers into online-only battles, it’s not clear how long the retail blockbusters will last. 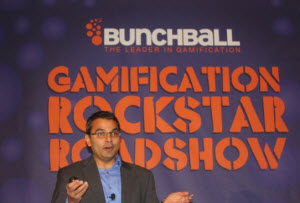 Gamification is defined as using game-like mechanics to increase the engagement of non-game mechanics. It can be used to make boring enterprise apps more sexy by adding achievements and leaderboards to them. Or it can mean taking sales force apps and turning them into competitions that boost overall productivity. Gartner predicted late in the year that 80 percent of gamification efforts will fail. But those that succeed could produce a gold mine for the enterprise. Even consulting firm Capgemini piled in with a big endorsement for gamification. Gamification is supplying game designers with new jobs outside of gaming, and it is expanding the reach and influence of gaming far beyond entertainment culture. It’s also fueling new startups (Bunchball, Badgeville, Big Door, and others) and generating new respect for the games business. Gamification could have an impact on sales, marketing, web design, fitness, and education. But it would be good if this business didn’t get ahead of itself.

11. The year of retirements and departures

The year of disruption took its toll on the industry’s leadership. After the Mass Effect 3 controversy over the unpopular ending to the sci-fi series, BioWare co-founders Ray Muzyka and Greg Zeschuk called it quits. That came after two decades of producing blockbuster hits. The industry also saw departures from Epic Games by designer Cliff Bleszinski and president Michael Capps. Trip Hawkins left the company he founded, Digital Chocolate. Naughty Dog also lost Uncharted series game designer Richard Lemarchand. And Zynga saw huge turnover, starting with the departure of John Schappert, chief operating officer. Lots of people retire every year, but these leaders had decades of experience, and their departures were a shock for an industry already reeling from change.

12. Racism and sexism come to the fore

A contractor accused Kixeye’s team of being insensitive, tossing around racial slurs during the course of a day. Kixeye chief executive Will Harbin investigated and fired a whole team of people, saying that the company wasn’t racist but a “microculture” festered within a team where members thought it was funny to say inappropriate things, much like people do when they play games anonymously online. Harbin hit the issue head-on and said that Kixeye was still a place where people could make games at a breakneck pace and still have fun doing it. Meanwhile, Twitter exploded one day with prominent game industry women calling out the industry for its sexism. The #1reasonwhy movement caught a lot of momentum and fired up a new discussion. These are issues the industry hasn’t quite figured out yet.

The U.S. Supreme Court tried to put the debate over violent video games to rest last year when it ruled that limiting such games was a violation of free speech. But the recent shooting in Newtown, Conn., revived the whole debate as the blame fell once again on video games and how they could influence vulnerable and unstable people to go on murdering sprees. In a crazy change of tactics, the National Rifle Association blamed the shooting on violent video games. For sure, the incident opened up old wounds between the anti-violence and pro-Free Speech factions. And this time it is all the more emotional because 20 young children were the majority of the victims. The fallout from this tragedy will play out in 2013. 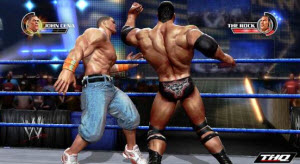 One bad bet brought down what was once one of the game industry’s biggest companies. THQ invested heavily in its uDraw artist tablet for the consoles. But as the iPad took off, the market for a console-based tablet peripheral dried up, and THQ got stuck holding the bag on more than $100 million in inventory. The company’s games were based on well-known brands and licenses. But some of those, such as the kids portable game market, dried up. The company hired game executive Jason Rubin to turn things around. But it finally filed for bankruptcy in December while still vowing to soldier on. THQ was valued five years ago at $2 billion, but for much of the year, it was worthless as investors lost faith in the company.

THQ’s filing showed the cost of making and marketing today’s big-budget titles. The company’s Darksiders 2 game raked in $78.2 million in sales, but the company lost $500,000 on the title. And THQ said it was planning on spending $124 million on its upcoming Saints Row 4 game.

By no means was THQ the only publisher that saw hard times. The year also saw layoffs at Blizzard Entertainment, Glu Mobile, Trion, Petroglyph, Foundation 9, Microsoft, PopCap Games, EA-BioWare, Sega, and many others. 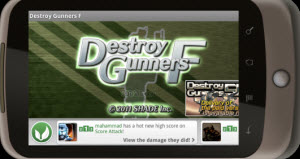 Just in time for the holidays, Japan’s Gree pulled the plug on its OpenFeint mobile social gaming platform. That meant thousands of developers had to shift over to Gree’s platform or find another solution for social sharing during the busy holiday season. Gree’s decision meant that its $104 million acquisition of OpenFeint was virtually worthless, and it also alienated a big base of developers. It seemed like the end of an era of excess, but Gree is still making money in Japan. At year end, Peter Relan, chairman of the YouWeb incubator that started OpenFeint, started OpenKit, an open-source social mobile game service with no lock-in for developers. Its aim was to bail out the developers who were stranded by Gree. The whole episode showed that mobile gaming isn’t a mature market yet, and the actions of platform owners can still have a devastating impact on developers.