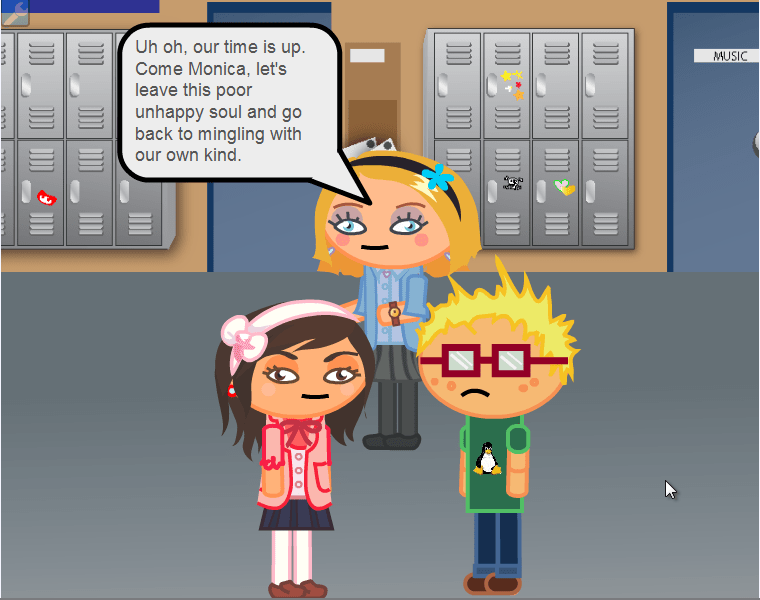 Above: Prom Week is a 2012 IndieCade finalist.

Lauren Scott is a game designer and a student at the University of California at Santa Cruz. She’s graduating in June with a double major in computer science and business management economics. She’s worked on a research game funded by the Defense Advanced Research Project Agency (DARPA) and the Independent Games Festival finalist Prom Week. She’s also written an interview series called “On the Border” for The Border House blog, a website that promotes inclusive journalism.

Scott never doubted that she belonged in the video game industry.

“I’ve been playing games for a very, very long time. Since I was a little kid there was always a computer in the house, but I’ve always had a partner in crime, my little sister Simone,” Scott said. “I always had someone to play Pokémon with, someone to play Super Smash Brothers with. And up until elementary school the games industry was completely black and completely female, all gamers.” The audience laughed at the joke, but Scott’s point was that if someone is not given reason to doubt whether or not they belong in the video game industry, they never will.

Her father was a coder at Oracle. “He was immersed in the tech world. He saw the games that were coming out, like Duke Nukem and Doom, he saw the types of people who were being attracted to tech and to games, and instead of resigning himself to the fate of having two young black girls and resigning himself that a young black female protagonist might not come around for many, many years, he took the tools at his disposal — and made this.”

Scott showed a screenshot of “Lauren’s Alien Game,” which her father made between 1996 and 1997, coded in Java and in which Scott was a character. “At 5 years old, I saw myself in a game. At 5 years old, I knew that a young black girl could be a character in games. It completely silenced any voice in my head that I would ever have that would say I couldn’t be into or in games.”

Scott’s story was a moving metaphor of how the environment established by the game development world influences who does or does not try to become a part of it, and she wants women to join the development industry to serve as mentors. “Studying under Brenda has been transformative in the way that I look at games and the way that I make them,” said Scott.

“You talk about females and minorities being super, super-rare [in the video game industry], another thing that’s rare are veterans,” Scott said. “And a female, minority veteran, try finding one of those and I’ll match you a unicorn.” 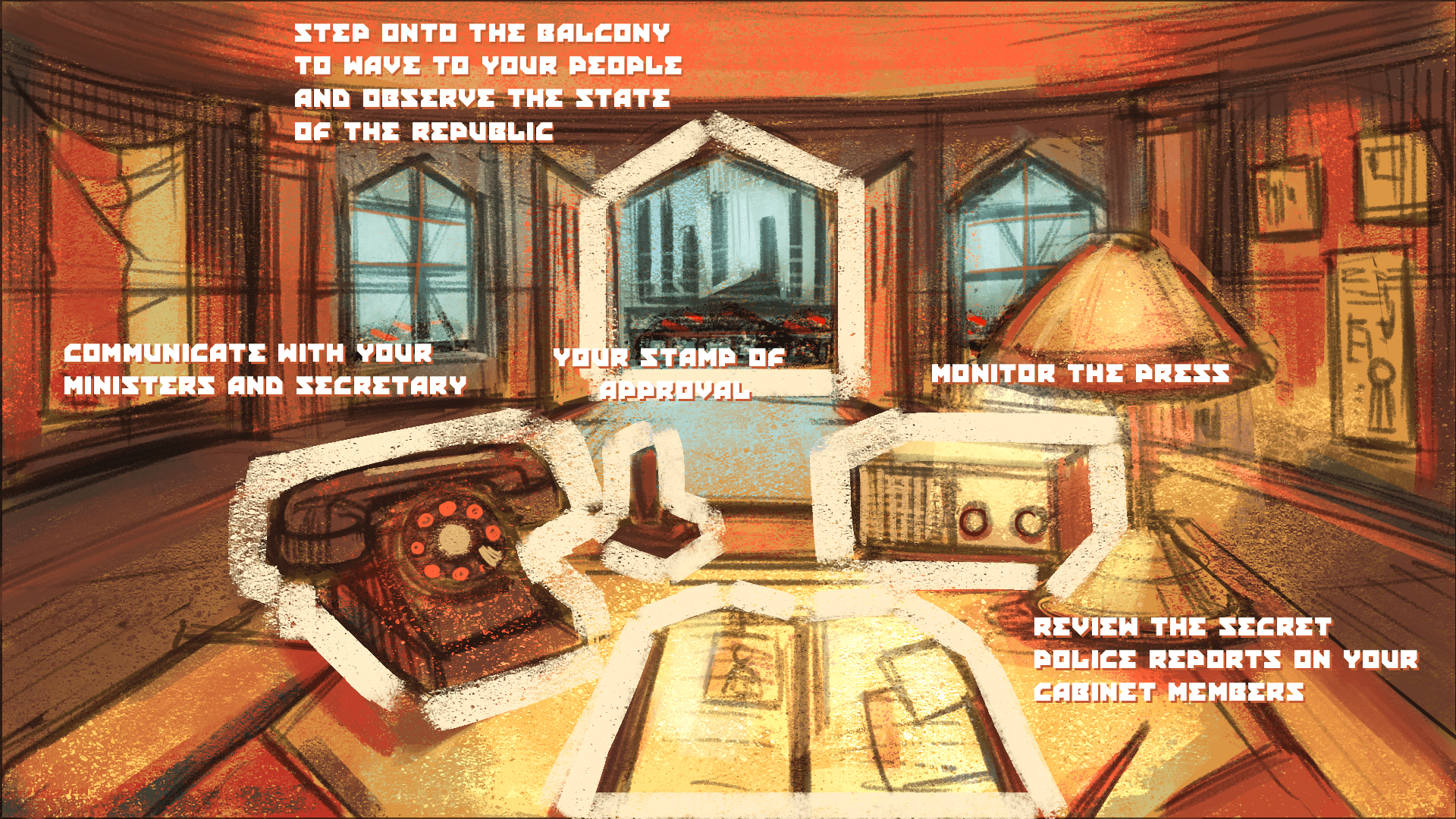 Above: Dear Leader is a game that Anna Kipnis pitched at Double Fine Productions.

Anna Kipnis is a senior gameplay programmer at Double Fine Productions, a noted developer (and now publisher) of adventure games. She grew up in Kiev, Ukraine, where as the oldest child she often entertained the other children at dinner parties, so she thought up games for them to play. Her father was a fan of card games, and so Kipnis also learned to use a deck of cards to create and test game ideas. When Kipnis played Super Mario Bros. for the first time, she knew she wanted to be a part of creating those kinds of worlds.

“There weren’t very many girls interested in making games, and computer science really seemed like a boys’ club,” said Kipnis. “But luckily, when I was going to school, I could draw inspiration from women like Brenda.”

She has historically worked as part of a team on other peoples’ creative visions, but during the last round of the Amnesia Fortnight events at Double Fine, she pitched her own game, Dear Leader. Amnesia Fortnight enables the audience to vote on which pitches are approved for development. Now Kipnis is running the making of her own game, and she wants other women to follow suit.

“We need to make it part of the narrative of the games industry that women are capable game creators known for masterworks in the games medium,” said Kipnis. “To my fellow women developers: Let’s continue the tradition of women game creators and give young girls some more names to think of as they grow into game developers.”