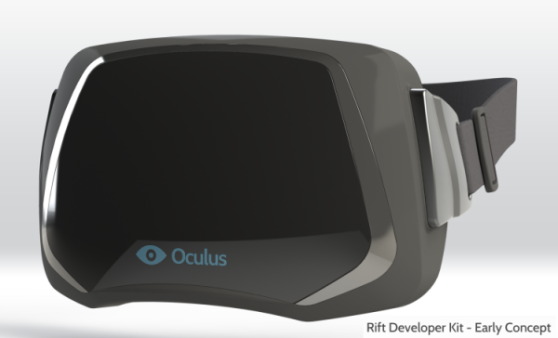 We all have a view for how games will look like and be like in five, 10, and 20 years from now. I expect some technologies, like 3D, to lead to holograms. Others will go in directions unknown. One upcoming technology aiming to change how we both play and see games and virtual reality as a whole is the Rift from Oculus. The Long Beach, Calif.-based company successfully completed its Kickstarter campaign with just under 10 times the amount it set out to make, a relatively meek $250,000 specifically for developer units and not consumer-grade peripherals. Yet with big names like John Carmack and Gabe Newell — founders of game-development houses id Software and Valve Corporation, respectively — openly claiming that the Rift is the best virtual-reality device in existence, it comes as no surprise that game developers and players everywhere have an interest in the peripheral’s future.

What is the Rift? 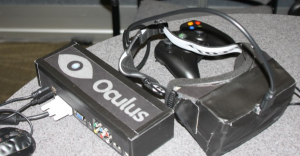 The Rift is a pair of virtual reality glasses that completely covers the eyes and reproduces what people would normally see on a computer monitor or TV screen. With LCD displays, the Rift produces images at a resolution of 640×800 per eye (1280×800 altogether). The company has stated, however, that the consumer version, shipping in 2013, will have a higher-resolution display. Thanks to the two screens, the Rift fully supports and integrates 3D in what the company claims is the most realistic 3D gaming experience to date.

Many individuals agree with the assessment, but the device isn’t for everyone. Venturebeat writer Evan Killham played id Software’s Doom 3 BFG Edition, the first game to work with the Rift, and told me that while the technology worked, “I realized that I was starting to feel disoriented and actually got a little clammy. Frankly speaking, playing the Oculus made me feel like shit.” His trouble with the device isn’t unusual for 3D technologies, though as an avid 3D gamer, he notes that the difference between the 3D of the Rift and devices like the Nintendo 3DS is extreme. He further added, “I told the developers afterwards about my queasiness, and they said that the Oculus would ‘take some getting used to.’ I’m not sure how long they expect people who have experiences similar to mine to stick it out since I’m pretty sure most people will stop as soon as they get uncomfortable. Even if they’re not worried about puking all over a prototype.”

My own experience with the Rift was very different. I had no difficulty with the use of 3D but also didn’t find the effect as incredible as the group using the Rift before me. I believe the technology certainly works, especially when compared to other 3D tech like Nvidia’s 3D Vision glasses, though with one major caveat: that developers program games for 3D properly. Even the Doom BFG demo ends with a paralyzing cinematic that I was told Carmack himself apologized for because he didn’t program past that section of the experience. I ripped the headset off quickly, fully aware of the bad 3D effects. That is to say, as good and realistic as the Rift is, it can be equally terrible in the wrong developer’s hands. What’s more impressive, however, is the head tracking. 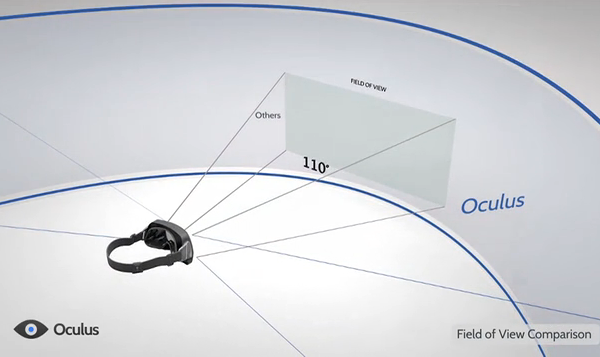 Head tracking is a technology that tracks movements and combines those physical motions with in-game action. Most previous attempts to combine gaming with motion tracking of any kind, even including popular devices like Microsoft’s Kinect for Xbox 360 and Sony’s Playstation Move for the Playstation 3, have a noticeable delay. What makes the Rift unique is the combination of 3D-video-and-motion tracking (specifically the head tracking component) that is one-to-one. So when wearers turn their heads, the game recognizes the movements, adjusting the display in real time with no noticeable delay. It enables players to actively look around the game environment, something previously found only in extremely expensive or military-grade devices. Even in Doom BFG, a recreated eight-year-old title, I had fun turning my head to look around. In a strange way, the Rift turned this inexpensive and old game into the most immersive gameplay experience out there.

With head tracking, players can do anything from simply looking around the game space to actually controlling character movement. It all depends on how developers use the technology. For Doom BFG, id Software has the Rift designed so individuals play with a gamepad but move their heads up and down to aim vertically. Side-to-side aiming can also be done with the head mount, but it isn’t the main function. The difference between Doom BFG with standard 3D and using the Rift aren’t comparable. I played both at the Penny Arcade Expo and, frankly, you might as well play two separate games. Turning, slightly looking around, and full motion control elevate games with the Rift into a class of their own.