Troubles continue to mount for Star Wars: The Old Republic. After months of layoffs and a shrinking player base, executive producer Rich Vogel has left BioWare Austin. He oversaw all aspects of the massively multiplayer role-playing game during its development and after its launch.

He leaves amid reports that his former studio will be suffering more layoffs, according to game-business website Gamasutra. 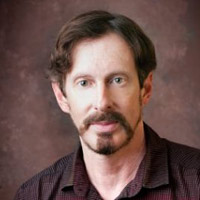 Vogel (pictured right) has a long history with MMOs, having previously worked on Ultima Online (one of the first successes in the genre) and Star Wars: Galaxies (the first attempt at a Star Wars MMO) before he spent seven years at BioWare Austin working on Star Wars: The Old Republic.

We once wondered if SW:TOR would be able to take on the famously popular World of Warcraft, but after a decent start came dwindling subscribers and a series of layoffs at developer BioWare Austin. It seems like we’re just waiting to see how long it takes publisher Electronic Arts to throw up its hands and make The Old Republic free-to-play.

[Update: Andrew Wong, a spokesman for EA, said in a statement, “As we announced in May and detailed at E3, the BioWare Austin team is refining Star Wars: The Old Republic to continue to grow the game and the service. ”

He added, “As with the launch of any MMO, the size and skillset of the teams needed to maintain the game is different than the ones that built it. Starting in May, there have been staff reductions in the BioWare Austin studio and Rich Vogel left BioWare in June.  Some people have been platooned to other projects at BioWare Austin and EA SPORTS/Austin. Others have been released – qualifying personnel receive severance and outplacement assistance. BioWare Austin is currently staffed to ensure the continued delivery of new, high quality game content for The Old Republic, and at a more frequent cadence.  In the weeks ahead, we will announce plans for growing SWTOR with new content, new players and new ways to play.”]