Never before have critical hits proven more dramatic than at the Pokémon World Championships.

While the commentators quickly break down the obvious metagame-specific strategies and moves the competitors might make in a given turn, it’s these moments of pure variance – critical hits, status effects taking hold – that capture the real excitement of watching competitive Pokémon battles. You could tell because that’s when the crowd erupted into short burst of cheers and gasps, marking a turning point in the fight or an opening for someone to exploit. Often attracting a crowd of over 200 people at a time, the video game portion of the event clearly made for the biggest spectacle for spectators. Even when the trading card game was featured on the big screen, large crowds gathered around the smaller screens in the back watching replays of video game battles from the day before.

The trading card game dominated the physical space of the Hynes Convention Center in Boston, with hundreds tables set up for pro play. The list of players qualified for both events reveals a TCG roster at least 10 times as long as those competing in the video game portion. This makes the Pokémon World Championships sound like a massively disjointed event, and indeed, it has a 12 year history of contextual challenges and growing pains. But it’s the community that sprung up from the shared love of Pokémon that allows the competition to endure and thrive. 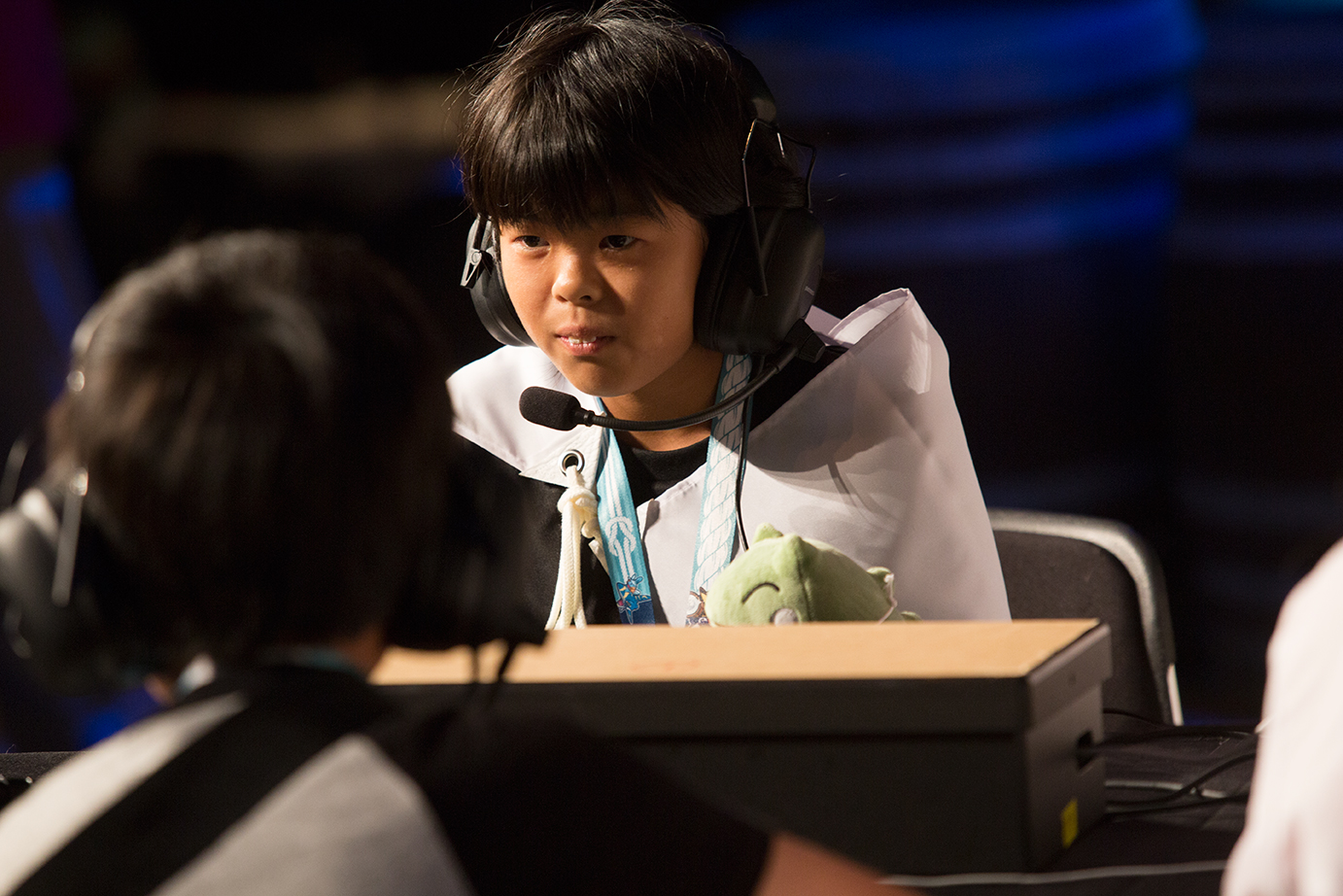 It may seem strange that the card game part of Worlds overshadows the video game part, but it makes sense if you think about where the series started. Pokémon Red/Blue came out in 1998 at the tail end of the Game Boy’s lifespan and was built as an RPG with a collection aspect and multiplayer battling. In other words, it was built as the perfect playground game. But though it already seemed ideal for some kind of competitive scene, the logistics just weren’t there at the time. People didn’t know the underpinnings of raising Pokémon, and the Internet wasn’t in the state it is today, meaning people had a harder time pulling the game apart. Mechanics that give players greater control over how their Pokémon develop – Effort Values, Individual Values, and breeding, which let you alter how fast each individual stat on a Pokémon levels up – came much later, and lent building a team a sense of balance and control that hadn’t been there before.

Meanwhile, just after the Pokémon craze first hit, Wizards of the Coast (the creators of trading card game behemoth Magic: The Gathering) were contracted to work their magic on the Pokémon IP. The result became a hit almost immediately, helping to establish Pokémon as a multimedia juggernaut. The Pokémon TCG, unlike the video game, was designed with tournament play in mind and immediately established major tournaments and promotions to establish a competitive scene. And when The Pokémon Company finally bought the rights to the card game from Wizards, the Pokémon World Championships as we know them now were born … with one notable absence: the video game. As the video games finally got more built-in support for competitive battling, it was finally added to the World Championships bill in 2009, and with it the same kind of organized play support the card game enjoyed for years. Of course, the fact that the video game division is so new means that the card game is still the backbone of the competitive Pokémon scene. In fact, most of the older competitors will tell you that the reason they’re even at the World Championships competing is because they played the card game back in the day. 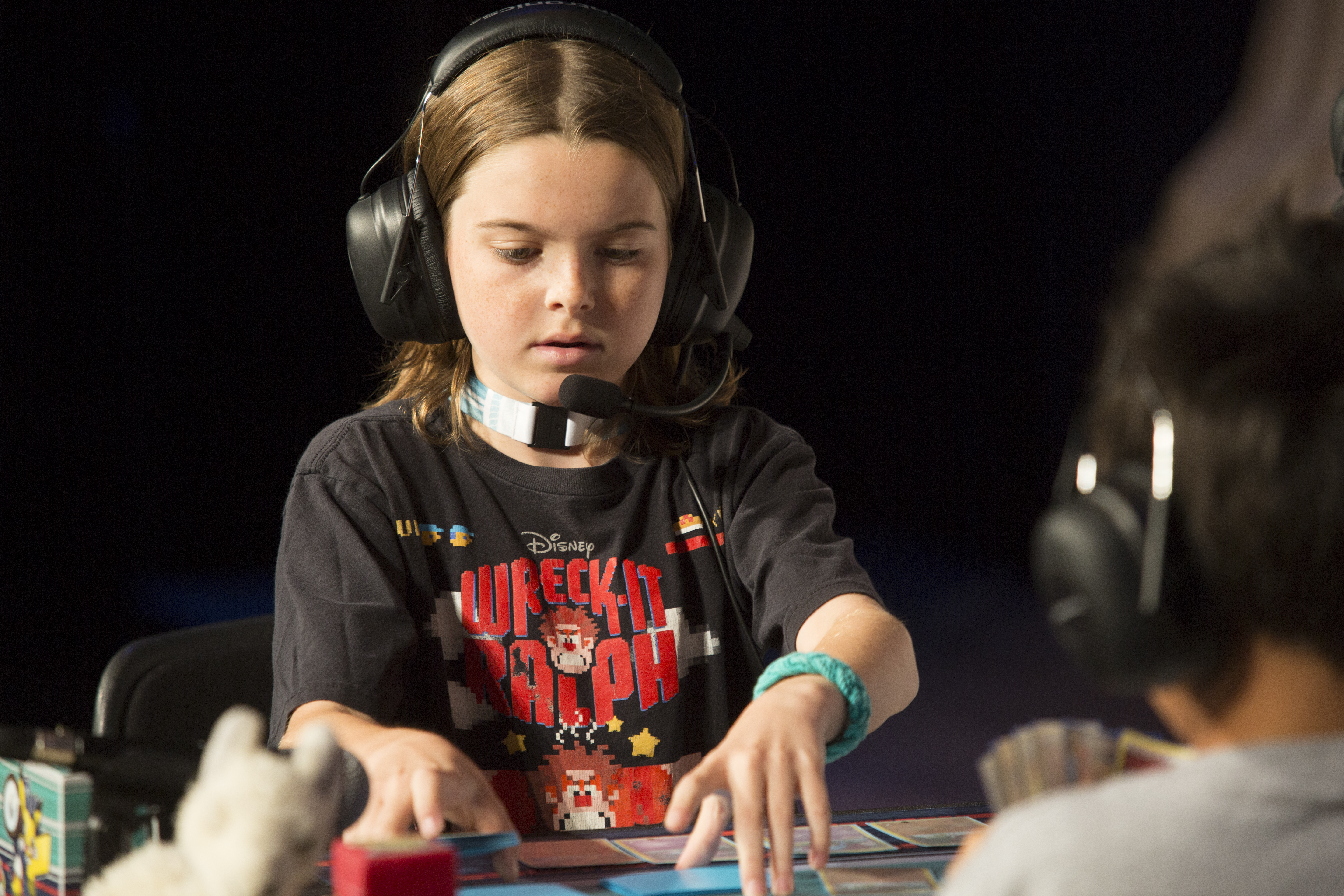 A passion for Pokémon

Today, both sides of the the Pokémon World Championships operate on near-uniform systems: tournament structure, judging regulations, and. One thing that stands apart from much of the rest of the competitive game world is its age divisions. Because the Pokémon fandom skews younger than other franchises, competitors are divided up by age to prevent older players from steamrolling younger kids who have less experience and are often more emotionally fragile. That’s also why Play Pokémon, the official organized play service for all things Pokémon, implements what’s called the Professor program. Pokémon Professors serve the same function as judges would in other competitive events, but they also help organize bigger events. It vets candidates to ensure they can handle young children and guide people through the world of Pokémon. They are, in essence, the true real-life counterparts of the Pokémon Professors in the games.

Most striking, however, is how unified in purpose and passion everyone attending is despite how different their connection to the world of Pokémon might be. You have the competitors in both different main competitions, but you also have their families and friends in the audience supporting them. Look around past the main stage and competition floor and you’ll find even more Pokémon love. People litter the halls of the convention center, charging their handhelds or shuffling their decks as they battle each other. The crowded Pokémon Store downstairs is filled with many different plushes pocket monsters (about a quarter of which are different Pikachus), card playmats, 3DS accessories, and the cards and games themselves. Arcade cabinets for the then newly announced Pokken Tournament were set up for people to play on. A significant chunk of the spacious room was dedicated solely to showing off the online client for the TCG. A craft corner encourages fans to make art, along with a display wall with all of the works made there. Several T-shirts referred to “Will-O-Miss,” a community in-joke making fun of how often the move “Will-O-Wisp” misses in clutch situations. One guy paraded around the show floor the whole time holding up a sign that called for the banning of the top-tier legendary genies Tornadus, Thundrus, and Landrus.

The Pokémon World Championships are more than just a pair of tournaments. It serves as a nexus point for the incredibly diverse community that’s developed since the series started. Whether fans made the trip there to experience the excitement for themselves or just watched it unfold live via stream, it’s clear that Worlds signals the franchise as something that brings people together no matter what kind of interest they have in the world of Pokémon.

There’s as many different types of Pokémon fans as there are Pokémon now, and Worlds manages to capture the imagination of all of them.