Editor’s note: I was hesitant to promote this story at first. These days, people spend more time engaging in “New Games Journalism” and less time talking about it, which I’d say is a good thing. But especially for those unfamiliar with the concept and the term, Omar’s article is a good primer on what it is and where it came from. -Demian

It started at 4:06 a.m. on September 22nd, 2004 with an article dubiously entitled “Bow Nigger.” The article was actually more of a story. Taking a few cues from Hunter S. Thompson and Truman Capote, the author simply related his experience as an unsuspecting tenant of a Jedi Knight 2: Jedi Outcast multiplayer server. The author (known only as “Always Black”) wrote the piece after being lambasted with racial slurs by a stranger on a German server. However mundane this sounds, the story was written with such familiarity and candor that it was difficult to deny the personal power it possessed. 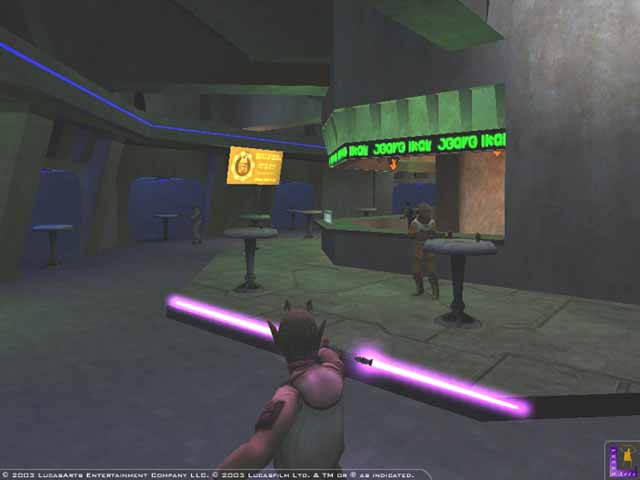 Can a number at the end of a review adequately summarize the
16 months of development by Raven Software and the ensuing
years of entertainment and devotion by fans?

A 14-year-old and a weathered veteran of the Internet, I was shocked by the sense of mystique and charisma the article was imbued with — qualities I didn’t expect from a conventional “videogame review.” Rejecting journalistic standardization with each new word, the anonymous author delivered commentary on multiplayer design, the state of online gaming, and most importantly, what it was like to actually play Jedi Outcast.

There were no numerated scales, no review scores, or alphabetized grades. In 2,275 words, the readers — whether or not they had played the game — thoroughly understood what Jedi Outcast offered. Better than any Gamespot, Gamespy, or IGN review, “Bow Nigger” has become a sterling example of the New Games Journalism style of writing, and has since been copied, plagiarized and paid homage to.

With influences as varied as Emile Zola and Tom Wolfe, New Games Journalism is a style of news writing which I have always been enamored with. Kieron Gillen, the first videogames journalist to receive an award from the Periodical Publishers Association, has been a stylistic innovator in the emerging discipline of creative, narrative-driven games journalism. Gillen published a “Manifesto” which drew heavily from the now-famous article “Bow Nigger”. The manifesto outlined in detail what he meant by “New Games Journalism,” a term which he himself coined. The notion is simplistically brilliant in its meaning:

“The worth of gaming lies in the gamer not the game”

New Games Journalism uses very non-traditional tools in reviews. The writer reacts to the subjective experiences provided by the game, by interactions with other players and by concepts and events in real-life which surround the game. Keiron Gillen compares it to travel journalism. He explains, “This makes us travel journalists to imaginary places. Our job is to describe what it’s like to visit a place that doesn’t exist outside of the gamer’s head. Go to a place, report on its cultures, foibles, distractions and bring it back to entertain your readers.”

The reveal-preview-review cycle of modern games journalism is one that is strange and arbitrary when approached with an analytical lens. It appeals to the short attention-span of most Internet users and adolescent gamers [editor’s note: it also appeals to the marketing departments of game publishers]. In terms of criticism, seven lines of text or a three-minute video seem to be the industry’s mainstay. Those few which deviate beyond the now-common “Tweet” format still employ a formulaic template wherein gameplay, graphics, controls, sound, and story are independently reviewed. These types of reviews often lead to the same two-three page efforts which most readers avoid entirely.

I am also guilty of pandering to the restive masses of the Internet. On my own blog (and even on my Bitmob articles), I often use colourful pictures, short and precise wording, and alarmist expressions (“This is the best game ever”) to ensure that readers remain interested. It’s something which few of us have the nerve to avoid.

The Internet is a giant dog. It can’t think for itself, and it needs to be occupied by big, flashing graphics. It is almost impossible to get it to sit still or stop panting. With an excess of energy, and a lack of focus, many websites resort to petty and unprofessional techniques (Top 10 lists, review aggregation etc.) to try and leash the Internet audience. Journalists must fight the temptation of relinquishing their integrity in the name of quick hits and sales. I don’t mean to say that New Games Journalism is the only route to achieving journalistic integrity, but it certainly is favourable when compared to the stupid gimmicks which many websites employ these days.

However, format isn’t the only issue. Most reviews are written in a vacuum. The editor plays the game before release and lists its features and accomplishments in bullet points. The content never seems to change. Writing reviews today simply seems to be a matter of inserting the name of the game and its score in a pre-written paragraph.

How did we get to this point? Where did this myopia begin? This site is managed by former EGM editors, and so I’m hesitant to criticize their previous reviewing scheme. I’m not a professional games journalist, a licensed publisher or even a seasoned writer. I’m a guy, on the Internet. My opinions may not have much value, and yet, I feel compelled to remind everyone about the possibilities of games journalism. As opposed to being fixated over the wearisome, impermanent ephemera of each game (How many stages? How many weapons? What are the achievements like?), we could all benefit from a more creative, and culturally-aware approach to videogame criticism. 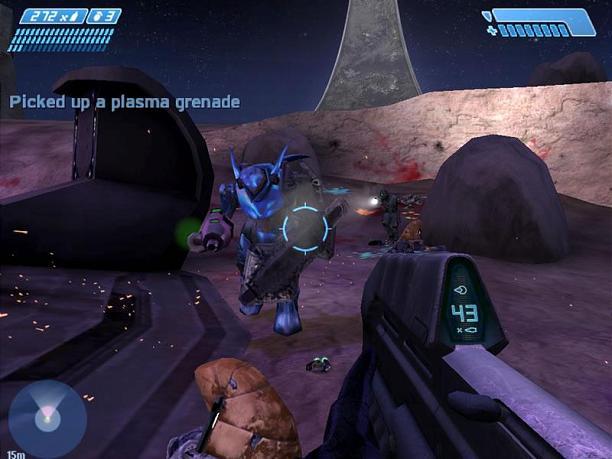 If you can relay the sense of stature and importance this scene provides
to gamers, you may understand what New Games Journalism is about.

It seems “Bow Nigger” spoiled us. It showed us what matters in videogames: The overwhelming sensation and emotion which the player is subject to, the way the gamer feels, reacts, and understands. The mechanics of the game only serve to illicit those sentiments from the player, and shouldn’t take center stage in a review. I won’t go into the subject of “why games journalism isn’t seen as being legitimate,” but the childish way in which we criticize videogames is certainly symptomatic of our lack of legitimacy. How can we expect the likes of Roger Ebert to see us as equivalent in any sense, if we stick to the same uninspired, rudimentary reviewing models?

It’s not all bad news. While the industry is still plagued by very demoralizing trends, there are dozens of writers who come to mind who break the mould with each new article. Even on Bitmob, I’m proud to see astouding writers who pay little attention to what’s expected of them. So don’t lose hope! What’s most uplifting is that since the industry has witnessed some form of stagnancy in games reviewing, it may be up to newer, less entrenched writers like you or me to pull games journalism out of this rut. Wishful thinking? Probably.

As human beings, we inherently seek to be informed — especially where money is concerned. At the same time, as Internet users, we have cultivated a sense of alarm and restlessness. We rarely have the time to enjoy a well-written article, opting instead to fall under the influence of silly numbers and letters. Maybe one day we’ll all see the merit in New Games Journalism. But for now, it seems that our scared, short-sighted, impatient dispositions will dictate what we read, enjoy, and play.