Panzer Dragoon is a magical game about riding dragons and shooting stuff. It’s one of the few memorable things Sega did during the Saturn era, and the 1995 launch title remains a game that I often think about.

So I was excited to attend a talk at the Game Developers Conference 2019 in San Francisco that covered the classic’s creation, along with its Saturn sequels Panzer Dragoon Zwei and Panzer Dragoon Saga.

The series’ creator, Yukio Futatsugi, gave the talk along with Kentaro Yoshida, who worked on the first game and its sequel, Panzer Dragoon Zwei. The presentation featured tons of fun stories about the franchise and life at Sega during the Saturn era.

I want to share some of the five more interesting things I learned at the talk, focusing on stories related to the original Panzer Dragoon (although I include a fun fact about how the first game influenced Zwei).

Those plans got derailed when another Sega team got its racing game, Gale Racer, greenlit first. This forced Futatsugi to make a shooter.

Gale Racer didn’t even come out in the U.S., and I don’t know much about it. But without Gale Racer, we wouldn’t have Panzer Dragoon. So thanks, Gale Racer!

While working on Panzer Dragoon, Futatsugi went to an early PlayStation presentation. It was there that they saw Namco’s racing game Ridge Racer.

Its visuals were so advanced that the two became depressed. “What the hell are we going to do about this?” Futatsugi recalls saying afterward.

PlayStation’s hardware could handle 3D graphics well, but the Saturn was designed as more of an ultimate 2D machine. This gave Sony an advantage that helped usher them into the gaming console world as Sega was taking its first steps on the way out.

To this day, Futatsugi says he still has lingering trauma that’s triggered whenever someone brings up the first PlayStation. He noted that seeing commercials for the recent PlayStation Classic was a painful experience.

Another Namco game inspired it

When I first played Panzer Dragoon in 1995, it reminded me a lot of Nintendo’s Star Fox. I bet a lot of other gamers thought the same way. But Futatsugi revealed that his inspiration actually came from another game: Namco’s 1991 space shooter Starblade.

Futatsugi was drawn to Starblade because of its cinematic presentation and music, things he also wanted in Panzer Dragoon.

Panzer Dragoon has a rich world with a beautiful aesthetic that feels ancient and magical. The game’s setting had a lot of thought put into it. Panzer Dragoon even has its own fictional language.

The team was able to spend so much time working on art and lore because of a delay in the Saturn’s development. Specifically, creating the Saturn devkit was taking longer than Sega expected.

That gave the Panzer Dragoon team a couple extra months to flesh out the game’s world, including inventing its fictional language. 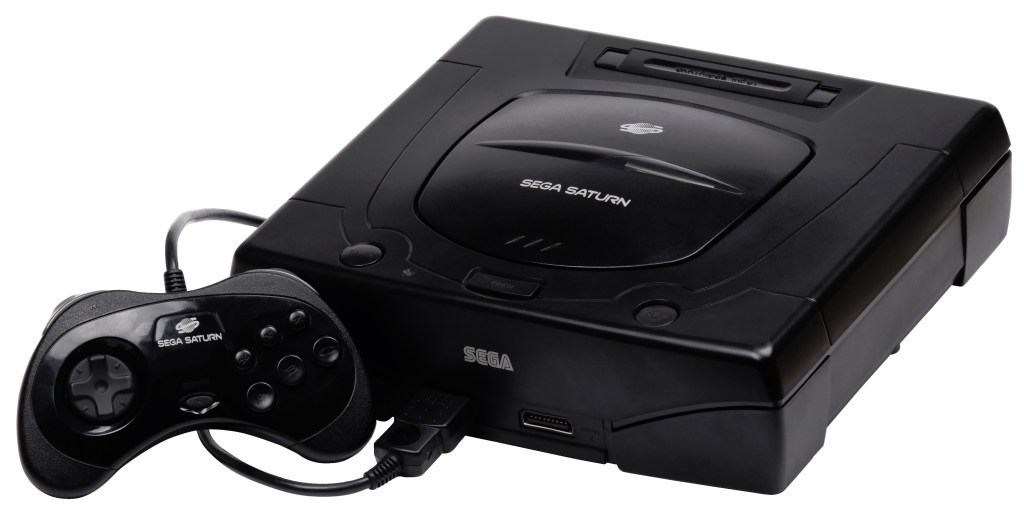 Panzer Dragoon is a difficult game. For such a linear experience, the team worried that people would have little incentive to replay it once they beat it. So they made the game difficult as a way to extend its duration.

Many players complained that the game was too difficult. For the sequel Panzer Dragoon Zwei, for which Kentaro Yoshida led development while Futatsugi worked on the PRG Panzer Dragoon Saga, the team tried to fix both the difficulty and replayability issues.

The team designed a system that could automatically adjust the game’s difficulty. It did this by tracking how quickly enemies were shot down after spawning. Having to continue after death enough enough times could also lower the difficulty.

This system could change Zwei’s difficulty between six tiers even within the same level. On top of the that, Zwei introduced branching paths in levels. So even if you beat the game once, you had a reason to go back and try those paths you didn’t explore before.