It would certainly be a hit. The SNES and NES Classics were huge sellers, both managing to top monthly sales charts. As for the Nintendo 64, Nineties kids grew up with Nintendo’s third major home console. Over the holidays, retro game stores reported that the N64 was their best-selling old console. The system is home to some of Nintendo’s biggest classics ever, including Super Mario 64 and The Legend of Zelda: Ocarina of Time.

But can Nintendo put together a big enough library to make the mini-console enticing? The NES Classic has 30 games. The SNES Classic has 21. You might think Nintendo should have no problem putting together at least that many, but the prospect faces a few challenges.

Rare is the biggest problem. During the N64 era, this Nintendo-owned studio made many of the console’s most popular games, such as Banjo-Kazooie, Conker’s Bad Fur Day, and Perfect Dark. But Microsoft now owns Rare, and Nintendo doesn’t own the rights to the games the studio made that didn’t feature established Nintendo characters. In other words, anything that wasn’t a Donkey Kong game. Microsoft has already released Rare Replay for the Xbox One, a collection that includes most of Rare’s Nintendo 64 games. Above: Banjo-Kazooie in Rare Replay.

The Nintendo 64 also has a big third-party problem. Unlike with the NES or SNES, third parties weren’t making many games for the system. Franchises like Final Fantasy jumped ship to PlayStation. And when a classic property, like Castlevania, did get a Nintendo 64 game, it … well, it sucked.

And then you have Goldeneye. This shooter has a double-whammy of issues preventing it from easily appearing on a Nintendo 64 Classic Edition. Rare made it, and it’s a licensed game. The NES and SNES Classic Editions didn’t include any licensed titles. It creates too much expense and legal trouble to do so. That also means no Star Wars games like Rogue Squadron. It also makes wrestling hits like WWF No Mercy unlikely.

So, what does that leave Nintendo with? I’m going to go ahead and see if I can put together a list of at least 20 games for a Nintendo 64 Classic. I’m going to try to mold my list after the ones on the NES and SNES Classics, focusing on games that have at least some renown for quality and not including more than three entries in a single series. I’ll try to have as many genres represented as possible.

Hey, look at that! Even without Rare, licensed game, or third-party titles, Nintendo can come up with 20 good games for a Nintendo 64 Classic Edition. Actually, when I look at it, it’s a pretty great list. You have the big single-player classics in Mario and Zelda, racing games with Wave Race 64 and F-Zero X, 2D platformers with Yoshi and Kirby, sports games with 1080 Snowboarding, Mario Gold, and Mario Tennis, a fun fighting game with Super Smash Bros., and puzzle action with Pokémon Puzzle League. 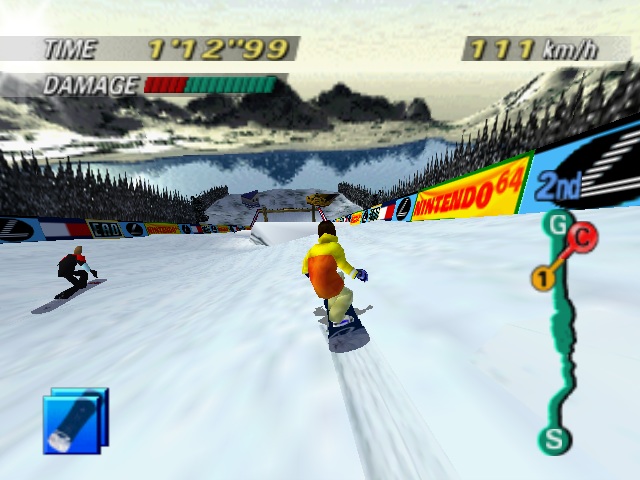 Above: 1080 Snowboarding was one of greatest extreme sports games ever.

The list also does a good job highlighting the Nintendo 64’s biggest strength: four-player couch co-op. Even without Goldeneye or the classic wrestling games, the list has a lot of great multiplayer support. And just as the SNES Classic included two controllers, it would make sense for a Nintendo 64 Classic to have four.

And while the Nintendo 64 didn’t have many great third-party games, it did have some good ones that could make the list. Bomberman 64 had the series’ classic multiplayer with a surprisingly interesting single-player campaign. And if you really want a first-person shooter on the system, I’m sure Nintendo could get one of the old Turok games. I think Disney owns the rights to the series now (a fact I bet Disney isn’t even aware of anymore). I can’t imagine they’re going to play too hard-to-get over Turok.

I have to admit, I’m usually not a big a proponent of the Nintendo 64. I’m more of a Super Nintendo or, heck, even GameCube guy. When I came with the idea for this week’s RetroBeat, I expected to have different results. I thought I’d discover that it was impossible to make a plausible list of 20 games for a Nintendo 64 Classic.

But now that I’ve done, I look at the theoretical device and know that I would happily buy one. And I bet consumers would be able to get over the lack of Goldeneye and buy plenty of them too.