Warcraft turns 25 this year. World of Warcraft will also celebrate its 15th anniversary. Many of Blizzard Entertainment’s franchises are getting old, which is why the company has put a new focus on preserving its history.

Blizzard realized how important protecting its own past is when it decided to make World of Warcraft Classic. This version of the popular massively multiplayer online role-playing game will gave players an experience more akin to its earlier incarnation.

But making World of Warcraft Classic has not been easy. Omar Gonzalez, a senior engineer on World of Warcraft, told me about the process at a Blizzard event last week in Irvine, California.

One issue that we expected is, do we even have the original? How much of the original version do we even have accessible? We didn’t know for certain that we had all of what we needed in its entirety at our fingertips. We were pretty sure we didn’t. First known challenge was to just take stock and take inventory of what we had. I briefly went over this in the presentation I did at the last BlizzCon. Source code, for example, we have a repository, and we were pretty confident there.

Where we were much less confident was what we call file data. That’s a lot of the assets that you see, whether it’s 3D models or 2D textures or the padding maps that we use on the server to describe to units how they’re allowed to move through the world. Not only did we not have that our fingertips, but we weren’t even really sure where it was. We ended up having to reach out to our data archive team to just ask them, hey, can you explore, can you try to find something, some backup from those early days of WoW’s development? We sent that request off and said a prayer.

Much to our delight, when they came back and restored an old drive, we found not only — this was a backup of a network drive from 2008. On that backup was literally a folder that was called Final 1.12 Data. It was a fortunate snapshot of that kind of asset data for that patch. Once we had that then we started to be able to build up our confidence, that we could actually deliver.

Preserving an online game can be difficult, because it’s not just about a single piece of software. World of Warcraft has had seven expansions and even more updates. Each one changes the game, sometimes in small ways, sometimes dramatically. 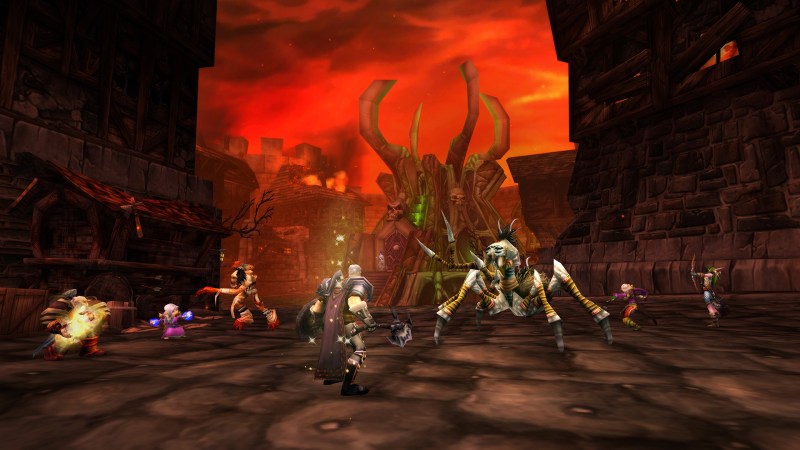 Above: A dungeon in World of Warcraft Classic.

To properly keep WoW’s history intact, Blizzard needs to keep the files and code for all those different incarnations of the game. And this extends to its other live service games, like Overwatch, which has changed immensely in just three years thanks to roster additions and hero reworks.

“We really need to make sure that we go back and look at all of our franchises and make sure we’ve stored all this properly,” said John Hight, World of Warcraft’s executive producer.

In the past, old code and other assets would hide in random places.

“Dave Lawrence on our team was telling me that there was one machine at Blizzard, the only machine that could make StarCraft 1 builds,” Gonzalez told GamesBeat. “It had the exact libraries and the exact compiler. It was sitting under [former Blizzard president] Mike Morhaime’s desk for some amount of time. No one is quite sure whatever happened to that machine. The only machine that could mint official StarCraft builds. We’re much better than we were in those old days.”

The future has to protect the past

Morhaime’s successor, president J. Allen Brack, is also thinking about preservation. I also talked with him about Blizzard’s efforts to keep its past intact.

Blizzard has a long history of maintaining its titles and making them — keeping them relevant. For some of the games like Warcraft II and Warcraft 1, those are some of the greatest games of all time. It’s important for people to be able to play games that have come before. If you think about the wave of nostalgia that a lot of games have had and a lot of games currently have — we’re seeing the re-release of the Atari 2600, the re-release of the NES, the Genesis, all these different classics coming out to replay old games. Some people played them in their youth. Some people are discovering them for the first time.

Along with Classic, Blizzard has begun to offer the original versions of some of its most important retro games, including Warcraft: Orcs & Humans and Diablo, on GOG. That digital store specializes in offering classic PC games in a DRM format that can run on modern machines. 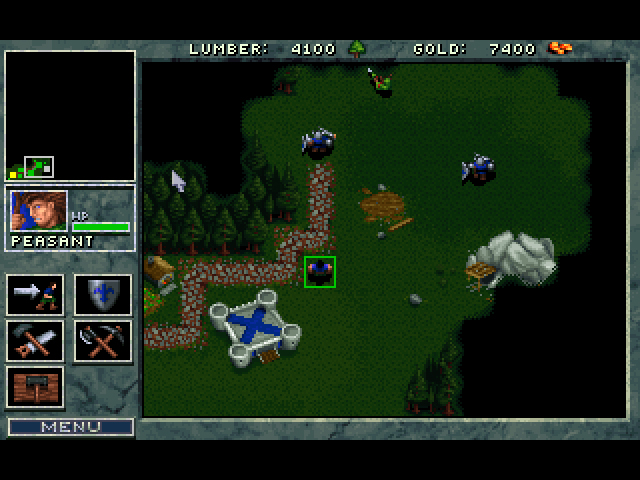 But Blizzard’s history goes beyond software. One of the company’s longest-serving employees, art director Samwise Didier, has been with Blizzard since 1991 (back when it was known as Silicon & Synapse, Inc.). For Didier, archiving Blizzard’s 2D art is just as important preserving code.

In terms of 3D sorts of things, with a lot of the older games we don’t have those files anymore, the models and stuff. When it comes to concepts and all the big pieces we do for art, like the BlizzCon stuff and things we do for various books and magazines, we have a group that we call the Vault. They save all the concepts we do for the games, even the really bad ones.

We have a way of clicking to say, save this, but don’t show that. We’ll mark that in red. It’s there, catalogued, in the chronology of everything, but they’re not going to give it to PR to put in magazines. But it’s great, because we’ve seen so many times where someone says, hey, who did this one piece? They’ll show me the piece, and I’ll say, credit it to so-and-so, and they’ll be able to add a credit to it.

This industry is still young. A game that is 25 years old seems ancient. But someday, our favorite games will be 50 years old. Later still, Warcraft will celebrate its 100th anniversary.

I hope in that future, people will still be able to experience these original games. I hope that friends can still form parties in World of Warcraft’s Ironforge city to go take down dragons.

For that future to happen, it’ll be important for companies like Blizzard to care for and protect their history. Making World of Warcraft Classic is both a step forward in preservation and a lesson. Blizzard’s past has to be carefully protected and not left up to chance.